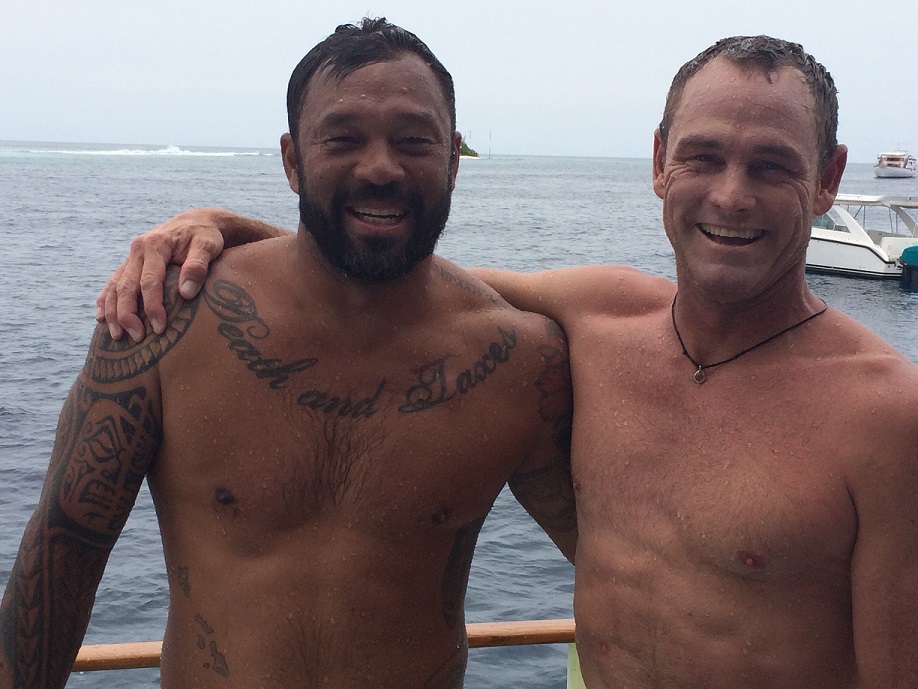 The international surfing community was shaken to its core last week, when news emerged that former world champion Sunny Garcia was on life support in a Portland-area hospital.

Friends and family immediately rushed to Garcia’s side and have been with him ever since. Details about his condition and what caused it remain vague at this time, but he has publicly battled depression over the past few years and has elicited a lot of support and love throughout the surf world.

Born Vincent “Sunny” Garcia in 1970 on the west side of Oahu, he overcame hardscrabble circumstances early in his childhood to become the 2000 world champion. His unbridled talent was first noticed by Hawaiian icon Rell Sunn during her annual kids contest at Makaha. He first made his presence felt on the international surf stage in the early 1980s, winning his first pro contest in 1984. One of the winningest Hawaiian surfers of all time, he won six Triple Crown titles over the years.

Garcia is known for speaking his mind freely, whether it was a call from a judge he disagreed with or whether somebody got out of line in the lineup. But underneath the tough exterior that the media often has glommed onto is a man with a heart of gold. Gentle, kind and tender, he loves his friends and family, and they love him.

The reaction to the news about Garcia’s condition reverberated around the surfing community.

“Sunny . . . I love you, brother. I just can’t even fathom you not here,” 11-time world champion Kelly Slater wrote on Instagram. “We’ve got so much more living to do before we are done. There’s been hard times, but there have been so many good ones, too. Just praying you wake up and we get more of you.”

Garcia has a strong connection to the Orange County area. Competing at Lower Trestles over the years, he stayed with the Fletcher family when he was 13 years old in the lead up to competing in NSSA Nationals. He also lived and trained in San Clemente for a period during the early 2000s.

“You’ve got a lot more inspiring to do, Sunny Garcia. We love you,” resident San Clemente legend Matt Archbold said in a social media post.

Prayer vigils have been organized for Garcia both at home in Hawaii and in California. The outpouring of love and support for him illustrates how important he is to the surf world, as well as how closely connected he is to so many people.

If you or somebody you know is struggling with depression, don’t be afraid to reach out to somebody and ask for help. Garcia didn’t shy away from sharing his struggles publicly. He talked about them regularly on his social media feeds. He had so many people who were there for him, but sometimes the darkness can, tragically, be all-consuming. Please, if you’re feeling down, talk to somebody. It could save your life. There’s a lot of love out there.

Our thoughts are with Garcia and his family and friends at this most difficult of times.