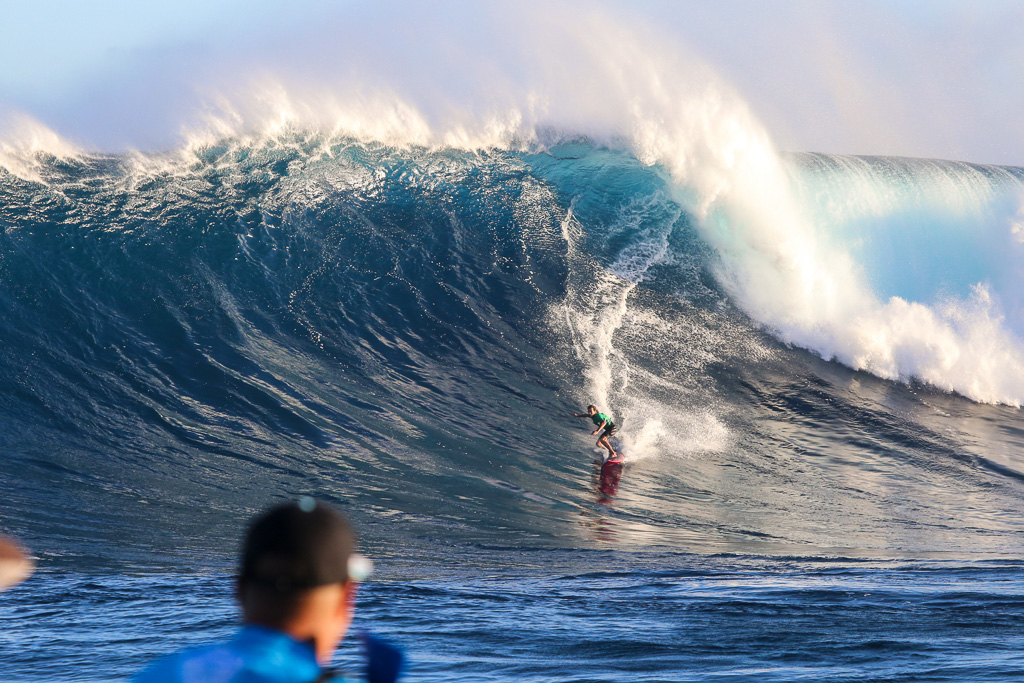 Prepping For The Big Stuff: How Greg Long Gets Ready for Giant Surf

This week, the West Coast was bombarded by a series of strong North Pacific swells. Big-wave surf breaks including Mavericks in Half Moon Bay and Todos Santos in Mexico lit up. Before the run of swells, we caught up with San Clemente charger Greg Long to see how the conditions were lining up and what he does to prepare for a run like this.

San Clemente Times (SCT): How’s the winter been going for you so far?

Greg Long (GL): “I drove up with my van and my skis a week and a half ago for the swell that we had. I’ve just been kind of hanging here, surfing Ocean Beach and Mavs every day that it’s been breaking, trying to get acclimated to the wave, and especially the wave and the water temp.

I’ve got every board with me, from a little 5’6” fish, to a 10’ gun, to a longboard. I’ve got skis for safety and all the rest, so I can be ready for whatever comes. It’s been nice to actually be settled up here so we’re not doing the last-minute flight, wondering if the boards make it, that kind of thing. I’m well-rested and in tune with the rhythms of the Northern California waves and weather.”

SCT: With your van and whole setup you seem pretty self-contained.

SCT: You’re pretty meticulous and have an eye for detail. How important is it to lay everything out and assess all of your equipment?

GL: “It is so important for me, personally, to know exactly where every piece of equipment is. I lived a couple years in a much smaller van than I’m driving now, so I’ve learned how to pack just the bare essentials, but also how to keep everything clean. There’s nothing more frustrating, especially the morning of, when you’re looking for the roll of duct tape or your CO2 cartridges and you can’t find them. You’ve got five different bags, you’re going through them in the dark looking for a set of fins; just to know exactly where everything is makes a big difference. And to have everything contained in the van, organization is paramount. So I did my spring cleaning yesterday, got everything really well-organized and all the boards dialed in. Now we just have to make a call depending on what the waves and weather are going to do. There’s no shortage of good waves to be had no matter where you end up on the coast, that’s for sure.”

SCT: How important is it to get all that straight so you can clear your mind and focus on the waves in front of you?

GL: “It makes life a lot easier and less stressful. At that point, you just have to focus on your body physically and going out there and surfing. It’s about eliminating all of those extra distractions. Having a few days up here has been nice and relaxed. And catching up with all the friends that have flown in from Hawaii and other corners of the world, it’s been really good energy. I personally feel great. I’m looking forward to it, whether the contest runs or doesn’t run.”

SCT: Logistically, you have your skis, but are you securing a boat, working with water safety teams, or how do you dial in that aspect?

GL: “There are a lot of things to organize for days like this rather than just being in your wetsuit and paddling out from the beach. Every single session, I don’t like surfing unless there’s someone working water safety looking after me. Frank Quirarte is one of my best friends. I’ve actually left one of my skis with him permanently for the winter, so he’s always on call and game to go out and look after us whenever it’s breaking. Having a boat for all of your backup boards and safety emergencies is important on any significant day. I’ve been in contact with a few of the different individuals who I organize boats with.

It becomes tricky around competition time. A lot of those boats are then hired for the contest. As far as my skis, I’m loaning them so they can be part of the water safety around the competition. It’s a lot of phone calls and logistics and coordination, but everybody up here is amazing and helpful. It’s one collective community and family trying to look out for each other the best that they can. It’s an amazing safety network that’s developed the last few years. Nobody is going out there unprepared, or at least there’s a better safety net in place.”