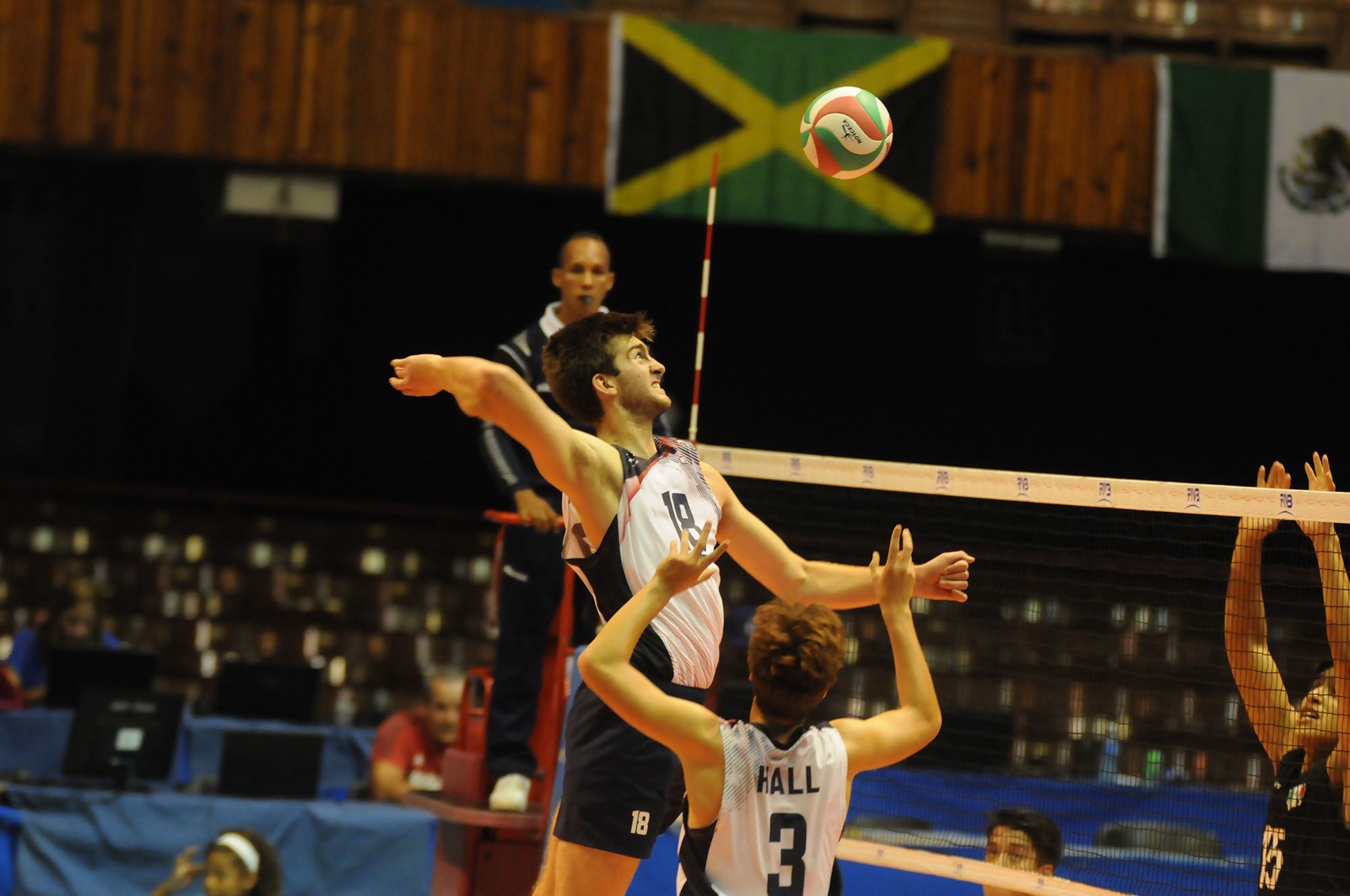 It’s not often an athlete gets to represent his or her country at the highest level of competition. It’s even rarer for that athlete to be named the captain of a team that dons the stars and stripes.

USA Volleyball coaches recognized Kyler Presho’s ability as a leader on and off the court during the first stages of his tryout for the U.S. Boy’s Youth National Team and pinned the captain label on him two days into camp. Presho’s competitiveness and drive to push his teammates struck a chord with the coaches, and the soon-to-be-senior at San Clemente High School was rewarded for it.

Presho, an All-South Coast League middle blocker, went on to lead the BYNT to a silver medal on foreign soil at the NORCECA Boys’ U19 Continental Championships in Havana, Cuba on June 29. By placing second, the American team automatically qualified for a spot in next year’s World Championships.

Presho has the ability to be the dynamo of any team he plays for, according to San Clemente head coach Ken Goldstone. That’s why, for the first time in several years, Goldstone tabbed Presho to be one of the Tritons co-captains as a junior in 2015. The honor is usually reserved for seniors. Goldstone said the 6-foot-8-incher sets the tone in the weight room, in practice and on the court.

“There’s no cruise control speed. He plays hard out there,” Goldstone said. “He’s a perfectionist and he wants to get things done time after time … There are so many different things he does to inspire other guys on the team.”

When the preliminary cuts were made to whittle the BYNT down to its final 12-man roster that would travel to Cuba, Presho noticed he was surrounded by like-minded players. At the highest levels, teams like the BYNT are full of alpha dogs that are ultra-competitive. He felt right at home. Presho said he helped foster an atmosphere of accountability, which made the team come together in a short amount of time.

“Everyone in there was pretty similarly competitive like me, and that’s what I thought was awesome,” Presho said. “Anybody can say, ‘Hey you need to be trying harder’ to anybody and that’s what made us a really good team.”

The bond between the team grew stronger as they continued to train at Cal State Fullerton throughout the summer, Presho said. Their sights were set on taking gold in Cuba.

A talented Mexico team awaited the Americans in the semifinals, and the BYNT was nearly sent home packing. After a see-saw battle, Mexico held match point in the fifth set at 15-14, but a timely kill by Presho in the middle evened the score and the USA would rally to win the set, and the match, 17-15. The win put the BYNT in the finals, which ensured a trip to next year’s World Championships.

“We managed to just fight through adversity that whole match (against Mexico) and managed to get a really big win,” Presho said. “(To qualify for the World Championships) was our number one goal going into the tournament.”

The championship match against Cuba came down to the wire, but the home team came away with a five-set victory. Presho said he was impressed with the Cuban team’s length up and down the roster and the team’s athletic ability.

Presho will return to SCHS for his senior season with a new goal of returning the Tritons to the top of the South Coast League standings. He’ll no doubt be in the gym, leading the team every step of the way.