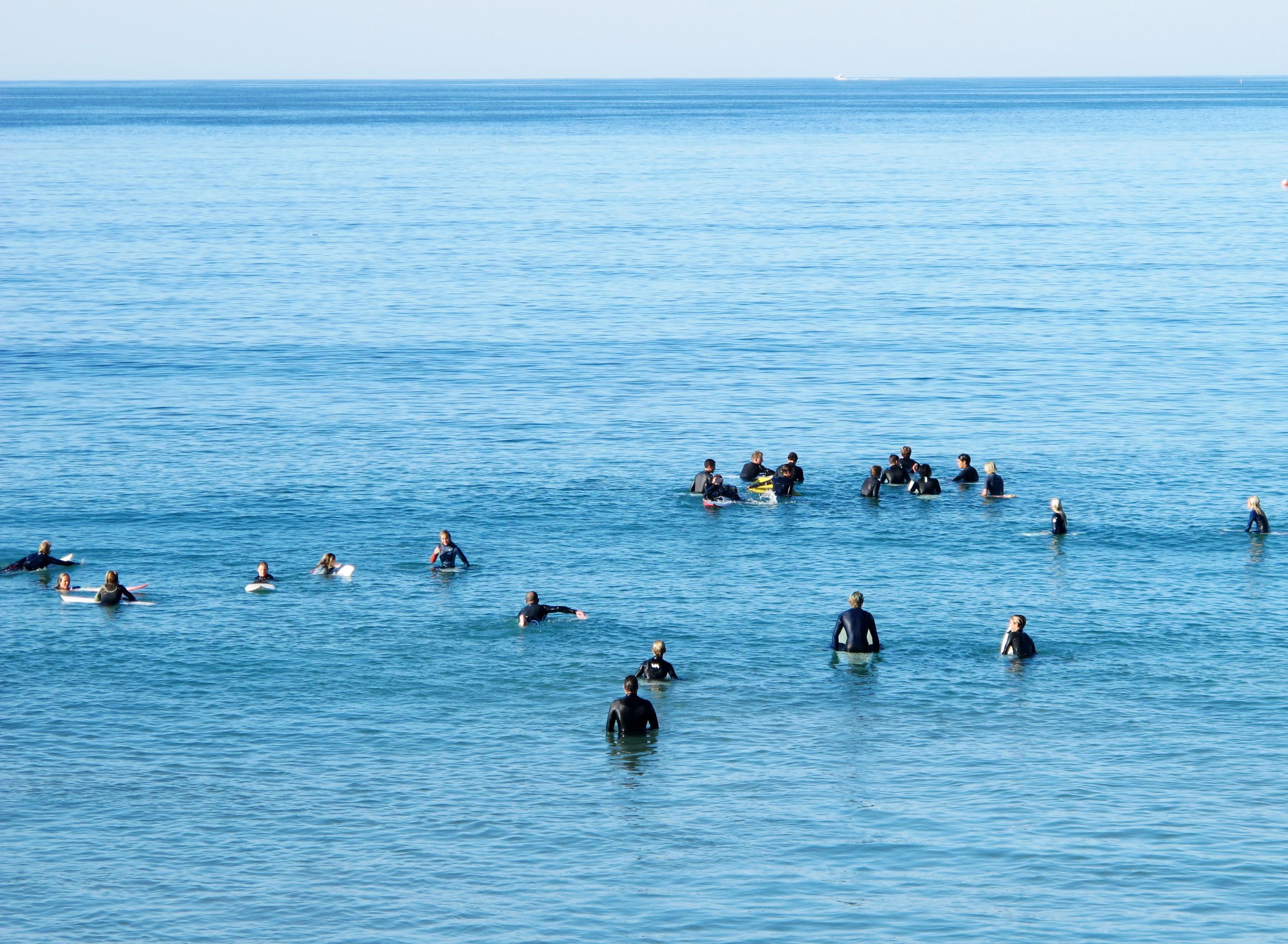 Pressure at the Points

Local Lineups Are Already Impacted, and Summer’s Not Even Here Yet

“I’ve never seen it this crowded in my life. COVID killed surfing.”

“I’m averaging about one wave an hour out here.”

Four quotes from four different, exasperated local surfers at Trestles over the weekend. On Sunday, the first sunny, semi-clean morning we’ve had in a while, there was barely room to paddle for a wave at the Trestle—and let’s not even talk about the two-hour line to get into San Onofre.

What’s crazy is that we’re not even into the summertime swing. The crowds are only going to get bigger. So, what do we do when our local lineups are so impacted that enjoying a day in the water feels almost impossible?

I’m sure this idea is going to go over like lime juice on a reef cut, but last week it was announced that those attempting multiday ascents of El Capitan, Half Dome and other iconic climbs in the Yosemite National Park would be required to procure permits beginning on May 21.

These new climbing permits, which will be free, were inspired by the wilderness permits that backpackers have been required to obtain for decades in an effort to protect the sensitive backcountry areas of the U.S. National Parks.

A two-year pilot program, the permits will be doled out based on the number of people attempting a designated route each day.

“I think we’re going to have a lot of climbers whining and complaining, because they were gifted this thing that they think is a right, and it was really a privilege,” Hans Florine, who has climbed El Capitan more than anyone, told the Associated Press. “We were given incredible rag-tag Wild West privileges for the last 40 years in Yosemite. All they’re asking is to let us know you’re there.”

“These walls are the cultural centerpieces of our sport; they have spawned movements like the clean climbing revolution and have fostered leaders of the modern environmental movement,” countered veteran climber Tommy Caldwell in an extended Instagram post. “We climb because of the adventure, the camaraderie, and the sense of freedom it brings. My fear is that this permit system could take just a bit of that away.”

Obviously, going for a surf and scaling a 7,500-foot sheer granite wall are two different endeavors, but much like Yosemite, the walls at Uppers and Lowers are a cultural centerpiece of our sport.

And the roots of surfing’s modern environmental movement can be found at Trestles and San Onofre. After all, it was President Richard Nixon who created the park at San Onofre to help protect from urban sprawl and give people a place to escape the hustle and bustle of life. And the Surfrider Foundation is headquartered just a few short miles from the California State Parks.

So, could surf permits be a solution to the overcrowding at these natural surf resources we all enjoy so well? There is precedent.

There are beach communities on the East Coast where permits, or tokens, are required just to step onto the sand. Because of coastal access regulations—for which Surfrider continues to fight—this isn’t allowed in California.

But, hypothetically, say the number of surfers in the lineup at Lowers or Uppers at any given time was capped at 50. Sessions would be doled out in three-hour blocks, and nobody would be allowed to book a session more than two weeks in advance.

I can only imagine the headache it would create for area lifeguards and park rangers, but what a boon for Surfline’s forecasting business.

Mind you, I don’t actually think this would work. Surfers are scammers by nature if it means scoring good surf. But I do know it’s more crowded than ever, and summer hasn’t even started yet. Any suggestions?