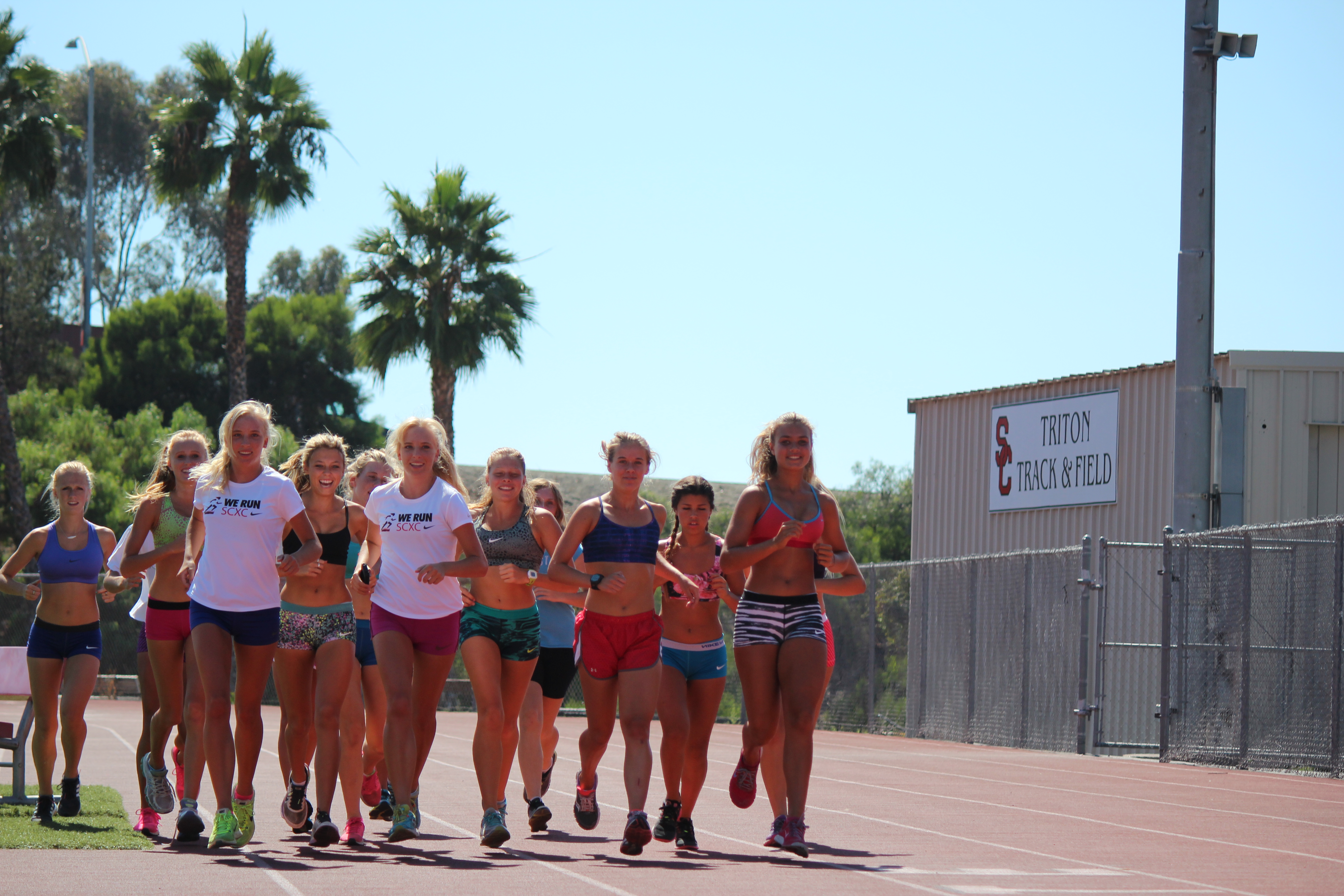 Preview: Girls X-C Gears Up for Another Deep Postseason Run

Last season, the San Clemente girls cross country team advanced to the CIF State Championships for an eighth consecutive year, adding to their reputation as being one of the most successful programs in the area. The South Coast League has been realigned this year, but that still makes it a murderer’s row of competition.

In the five-team league, four programs are inside the top-10 of their respective CIF-SS Divisional rankings. San Clemente currently stands at No. 6 in Division 1, with Trabuco Hills (No. 2), Dana Hills (No. 7) and Capistrano Valley (No. 3 in Division 2) all earning spots. The tough competition has made determining a victor a toss-up in league meets in recent years.

“For as successful as we’ve been over the last eight or nine years, going to the State Championship, we’ve only won the league championship once, which is absurd because we’re going against everybody else (in league),” San Clemente head coach Dave Proodian said.

The level of competition hasn’t hindered the Tritons this offseason, as the team returns a slew of runners from last year’s successful season.

Senior Kelsey Carroll, the team’s top runner, and sophomore Bella Alston are currently running at the top of the Tritons rotation. Alston broke onto the varsity squad as a freshman but battled injuries most of the year. Proodian said she is now healthy and back to competing at a high level.

Seniors Katie Carroll and Kristen Laurent, sophomore Brooke Eisele and junior Amber Eisele return to round out the top of the rotation. The Tritons also have an influx of freshmen talent, including Chandler Horton, the team’s fastest freshman runner last weekend at the Laguna Hills Invitational, and Madison DiMeco.

“From one week to the next, things change. But we know we have 14 girls to pick from and we have five solid runners who are going to be there all the time,” Proodian said.

The Tritons had a solid showing at the Laguna Hills Invitational on Sept. 13, which featured a talented field of Orange County programs. Kelsey Carroll won the senior race and was the third fastest runner overall at the event. The seniors and freshmen both placed second and the juniors and sophomores finished third and fourth, respectively.

The Tritons will head to the Dana Hills Invitational on Sept. 27 before getting their first taste of league action at the South Coast League cluster meet on Oct. 8.