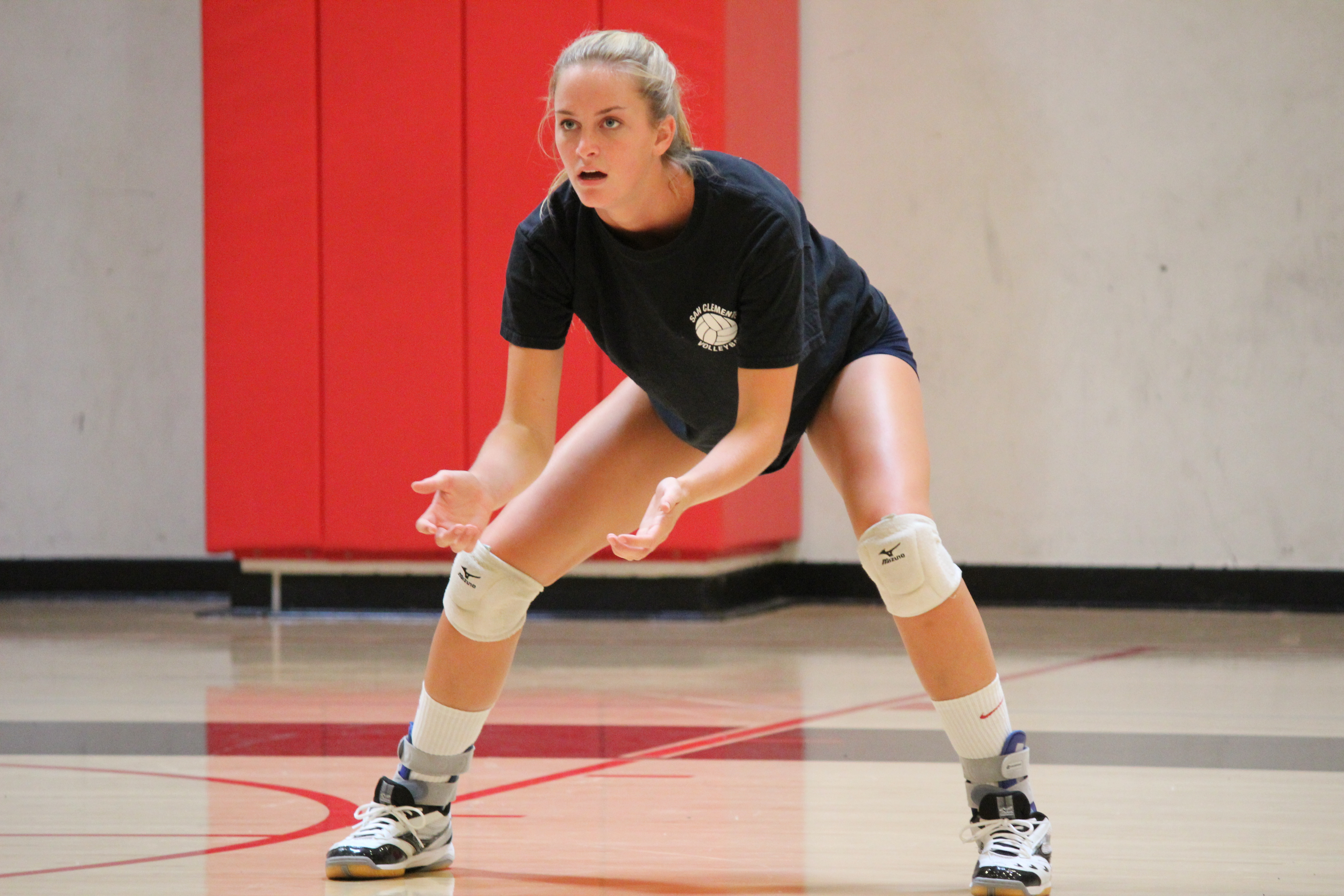 In six games played this season, the San Clemente girls volleyball team has been showing first-year head coach Tom Beard a sign of things to come. The Tritons (2-4) might not have a winning record just yet, but they have showed their coach that they can hang tough in big moments.

The Tritons are coming off a 2-2 effort at the high-profile Dave Mohs Tournament, where they finished second in their pool and advanced to the first round of the knockout stage. In two nonleague matches before the tournament, against Orange Lutheran and Edison on Sept. 4 and Sept. 9, respectively, the Tritons rallied from early deficits to force five sets in what were eventual losses.

While the wins have been hard to come by, Beard likes what he sees so far, especially the team’s knack for not giving up when facing adversity early.

“We’re playing really good teams and we’re beating the teams we should and we’re battling the teams that are even with us or better,” Beard said. “We’re the kind of team where you trade punches with somebody until you figure out their weakness and then we’re on it.”

The Tritons return several impact players from last year’s group that finished second in the South Coast League and advanced to the second round of the playoffs, including their leading outside hitter Cali Hoye. Senior Rebecca Dunn, junior setter Marie Paris and experienced middle blockers Natalie Knauf and Cassie Stewart all return.

Anna Ward, a new transfer from JSerra Catholic, will not be eligible to play until Oct. 7, but Beard said she could add another wrinkle into the Tritons offense when she is activated.