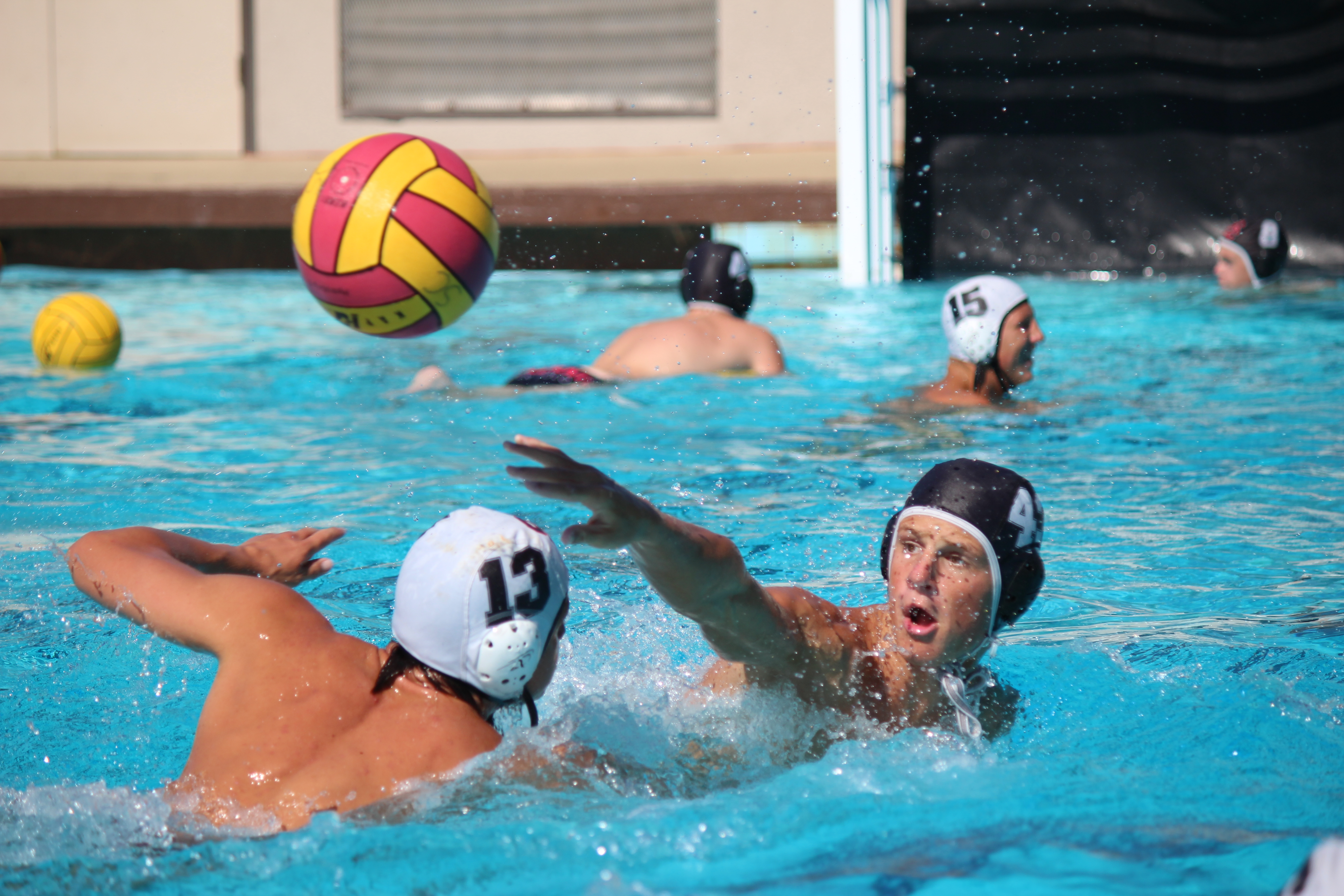 For the past two seasons, the San Clemente boys water polo team’s offense has been fueled by standout senior center Chase Hamming. Hamming, a 6-feet-2-inch scoring threat, led the Tritons in goals as a sophomore and as a junior. But this season, with a young Tritons roster ready to hit the pool for 2014, Hamming will be called upon to play a slightly different role—facilitator.

Hamming will still get his goals, but the senior has spent the offseason getting his teammates involved, which include his twin brothers, Michael and Colton. The Hamming triplets will be heavily involved in the Tritons offense this year, along with rising sophomore attacker Sean Edwards. With multiple weapons in the pool, Chase Hamming has learned to embrace his newfound role.

“We’re probably the most balanced we’ve been for a while. The focus on the offense isn’t mainly going to be on me. It will be more balanced,” Chase Hamming said. “It’s good because it helps me become more of a role player and distribute the ball and take on more leadership. I can look for players who can shoot and get assists and I can control the game better.”

The Tritons (1-1) played Huntington Beach in a nonleague contest on Sept. 9, which offered the relatively young San Clemente team their first test of the season. Huntington Beach is currently ranked No. 4 in the CIF-SS Division 1 coaches poll and the Tritons, who were moved to Division 2 in the offseason, battled the Oilers in a 15-8 loss.

The loss showed head coach Marc Parker that this young team will have to work on its defense before heading into the competitive South Coast League, which features rival Dana Hills, the No. 5 team in Division 2.

“We have some guys who just haven’t played a lot of minutes. They work hard. They just haven’t played enough game minutes that, I think as we get through the season, will start to tighten up and we’ll have a little more confidence on defense,” Parker said.

Senior goalie Scott Daill will help anchor the Tritons defense. Daill won the starting job after a solid offseason, according to Parker.

The move to Division 2 gives the Tritons a better chance at a deep playoff run in 2014. After finishing second in league last year, San Clemente earned a wild card berth in the CIF-SS Division 1 Championships. They won their wild card round but were eliminated in the first round a day later.

The Tritons are set to play in three different tournaments over the next two weeks, with league matches against Tesoro (Sept. 23) and Mission Viejo (Oct. 7) sprinkled in between.