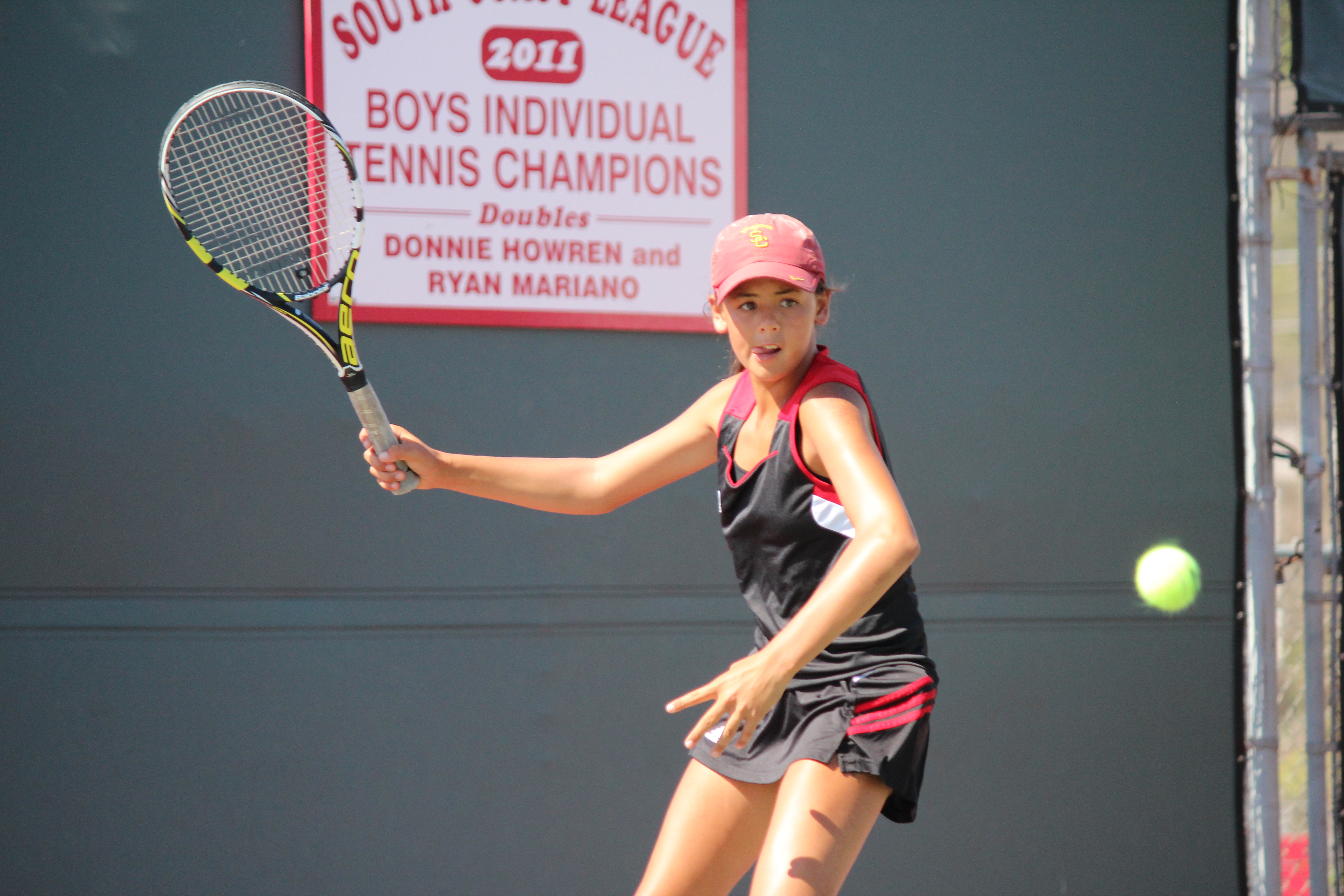 The 2014 version of the San Clemente girls tennis team will be the youngest squad longtime head coach John Stephens has had in his tenure with the school. The Tritons took a hit to graduation, and in just a handful of nonleague matches to start their season, the team has seen three freshmen and two sophomores break into the starting rotation.

The freshmen trio of Sammy Nielson, Lindsay Hung and Jasmine Safavieh has provided a boost to the Tritons ranks in the early going. Stephens envisions Nielson and Hung playing at the top of the singles rotation and the coaching staff has been teaching Safavieh to play doubles.

“All three freshmen hit with consistency and they are tournament kids so they’re used to the competition. They play with a lot of toughness,” Stephens said.
Returning players Taylor Bonghi, Brooklyn Hulse and Kendall Hawkes will make up what should be an experienced doubles group.

Due to scheduling conflicts, the Tritons are having a tough time finding nonleague competition in the opening weeks of their season. A match against Mater Dei was cancelled twice and due to the realigning of the South Coast League, San Clemente was unable to play against scheduled matches with Capistrano Valley and Aliso Niguel, who moved up from the Sea View League in the offseason.

Those matches, which were designed to get the Tritons ready for league play, have been postponed to take place later in the year. That will leave the Tritons, who have a roster full of relatively untested players at the varsity level, with little match experience before a tough league opening tilt on Sept. 30 against Tesoro.

But the Tritons have a history of being competitive in league and several players return to the team, which placed third in the South Coast League last year and advanced to the first round of the CIF-SS Division 1 Championships.
Stephens believes the key to success this year will be a balanced effort from up and down the lineup.

“For us to win matches against these good teams in our league it definitely is going to take balance,” Stephens said. “We’re not going to live and die with one or two kids. It’s going to be everyone having to pull their own weight this year.”