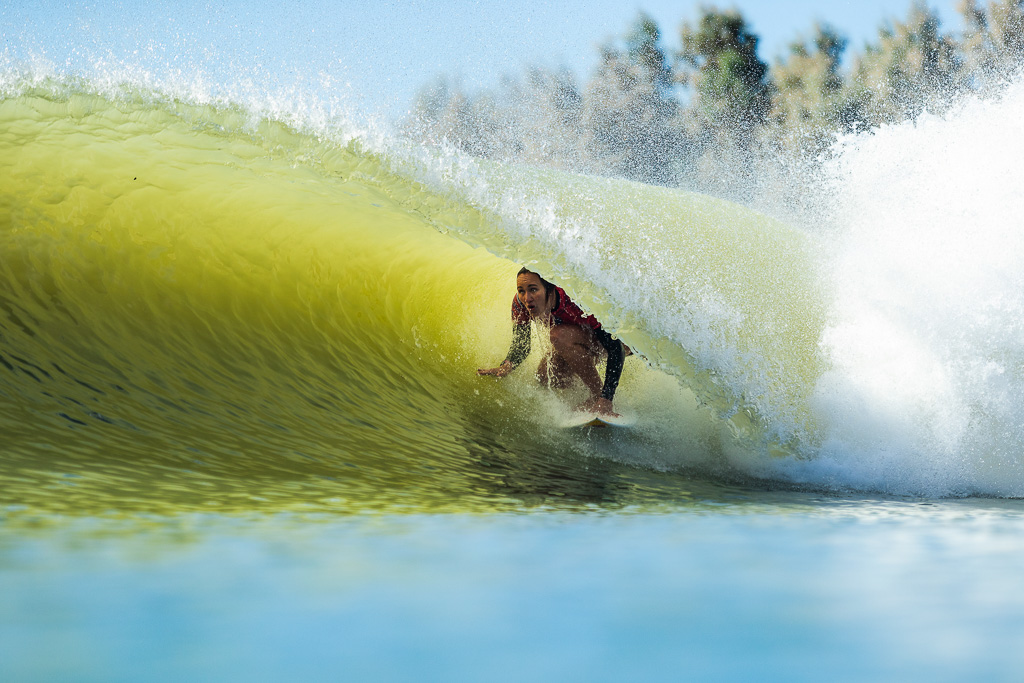 Making a big move to level the field in pro surfing, the World Surf League (WSL) announced it is going to make equal pay part of its competitive series. WSL is the first American-based global sports league to pursue gender pay equality.

“This is a huge step forward in our long-planned strategy to elevate women’s surfing and we are thrilled to make this commitment as we reveal our new 2019 schedule,” World Surf League CEO Sophie Goldschmidt said in a prepared statement. “This is the latest in a series of actions the league has undertaken to showcase our female athletes, from competing on the same quality waves as the men to better locations and increased investment and support.”

The move will be effective across all of the WSL’s platforms, including the Championship Tour and the Qualifying Series as well as Juniors, Longboard and Big Wave events.

“It definitely shines a little light on the possibilities and the future of the sport,” said San Clemente resident and three-time world champion Lisa Andersen.

“It’s something that more kids can dream of and look forward to,” she continued. “We always want some sort of a positive outlook on things. It’s great because surfing’s always been a men’s club. With a lot of respect to the guys, that’s what I dreamed of; I looked up to them, and if it wasn’t for them I wouldn’t be where I’m at, but I think for the young kids, it’s just like, oh man, the dreams are just going to get bigger. What more could you ask for?”

“The women on the Tour deserve this change. I’m so proud that surfing is choosing to lead sports in equality and fairness,” he wrote on Instagram. “The female WSL athletes are as equally committed to their craft as the male athletes and should be paid the same. Surfing has always been a pioneering sport, and this serves as an example of that.”

The announcement comes amid a number of sweeping changes in the sport of surfing. Last week, the WSL ran the Surf Ranch Pro in the Slater-designed wave pool facility in Central California. And surfing will be an Olympic event for the first at the 2020 Summer Games in Tokyo, which is sure to bring more visibility and attention to the sport.

“These surfers, men and women, earn their respect,” Andersen said. “They do a very good job at doing their job. It’s really worth paying these guys and girls so we can all watch and let them be who they are. I think it’s fantastic.”

The road to equal pay for women in surfing has been fraught with roadblocks over the years. In addition to winning three world titles, Andersen was instrumental in ushering in the “Roxy revolution” in the 1990s. The face of the popular women’s surfwear brand, she helped elevate the performances on the women’s world tour at the time, raising the profile of the sport.

“Money was a very touchy subject, but it was just different. Different times,” Andersen said. “I don’t think any of us expected equal pay, but I do think we expected support in general. I think that was the biggest difference then. Not everybody had a sponsorship or the support to do the tour, much less win the prize money. At that point, it was just about getting sponsorships. That was the main focus.”

“I was very fortunate to have that support, but it didn’t come easy to me,” she continued. “I had to fight for it, try and convince people, preach and pray, steal and borrow to get that. But it was worth it in the end. I wouldn’t take any of it back. I respect everyone that had to follow that path and didn’t get what I got, but I also feel that, those were the times and we had to do what we had to do to get where we are now.”

These are amazing times to be a young girl in the water. Local talents like Kirra Pinkerton and Samantha Sibley, who are currently ranked first and second, respectively, in the WSL North American Junior rating, are sure to benefit. And as Andersen said, “The dreams are just going to get bigger.”