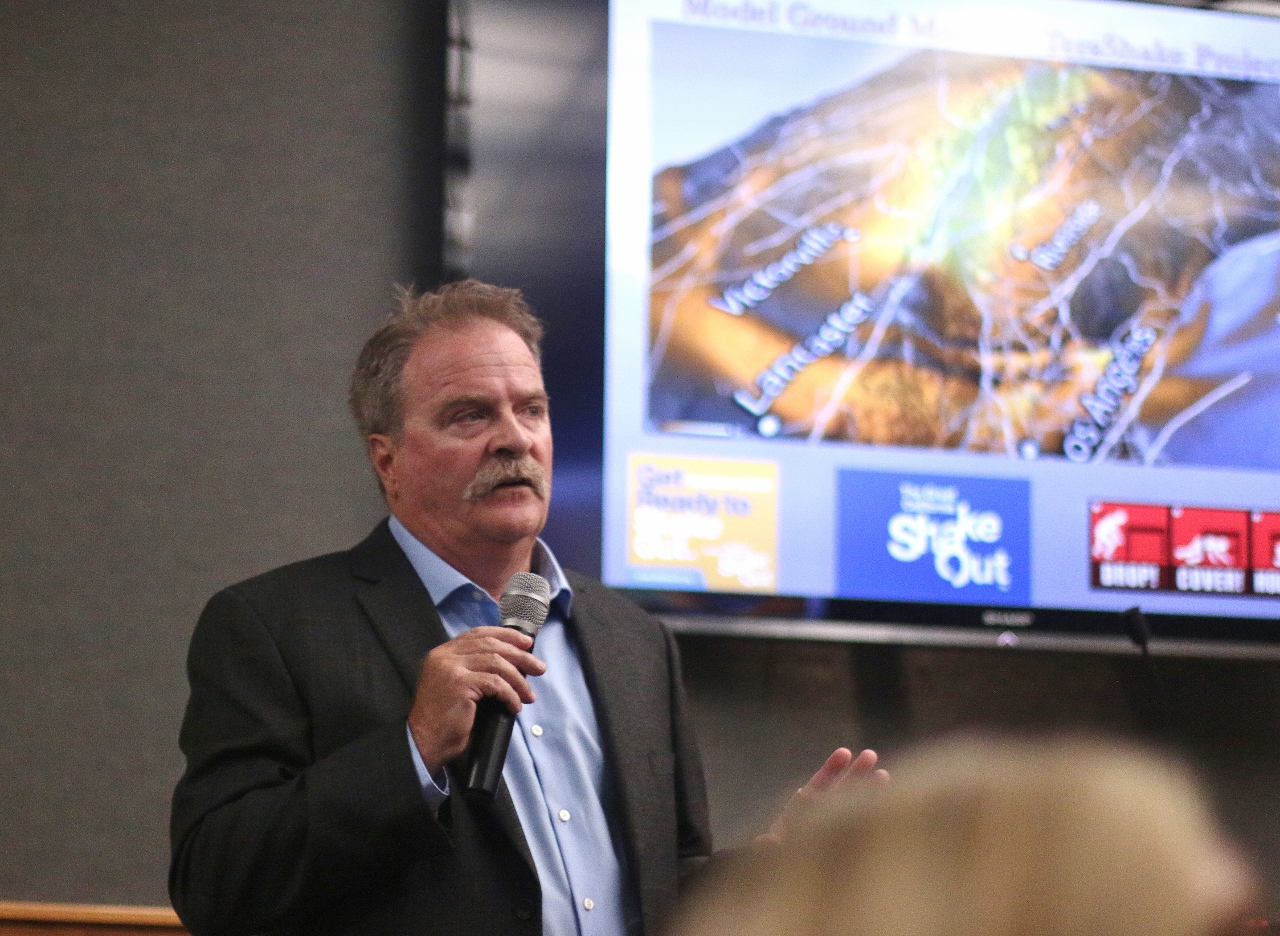 Fault lines along the coast of San Clemente have been researched as having the capabilities of setting off a chain reaction of earthquakes near the coastline.

Neal Driscoll, Ph.D., a professor with the geosciences research division at Scripps Institution of Oceanography at the University of California-San Diego, gave a lecture on Nov. 28 to residents.

Driscoll and a team of researchers combed the ocean for nearly a year using new sonar technology to map seismic activity and fault lines along the coastline, which found certain activity is not poised to cause higher levels of earthquakes than past research claimed. He cited research from the 1980s that claimed an Oceanside Blind Thrust was capable within a few dozen miles of San Clemente that wasn’t showing the same results under the new technology.

In February, Driscoll’s presentation summarized initial research showed the capabilities of earthquakes in the region and their proximity to San Onofre Nuclear Generating Station (SONGS) at a Community Engagement Panel meeting.

Although the activity was found unlikely to produce earthquakes higher than a magnitude of 7.3 or 7.4, Driscoll warned that magnitude is capable of causing tsunamis that could heavily damage coastal developments.

Driscoll also spoke about fault lines that are located underneath inland areas that could also send shockwaves all the way from Temecula to Los Angeles.