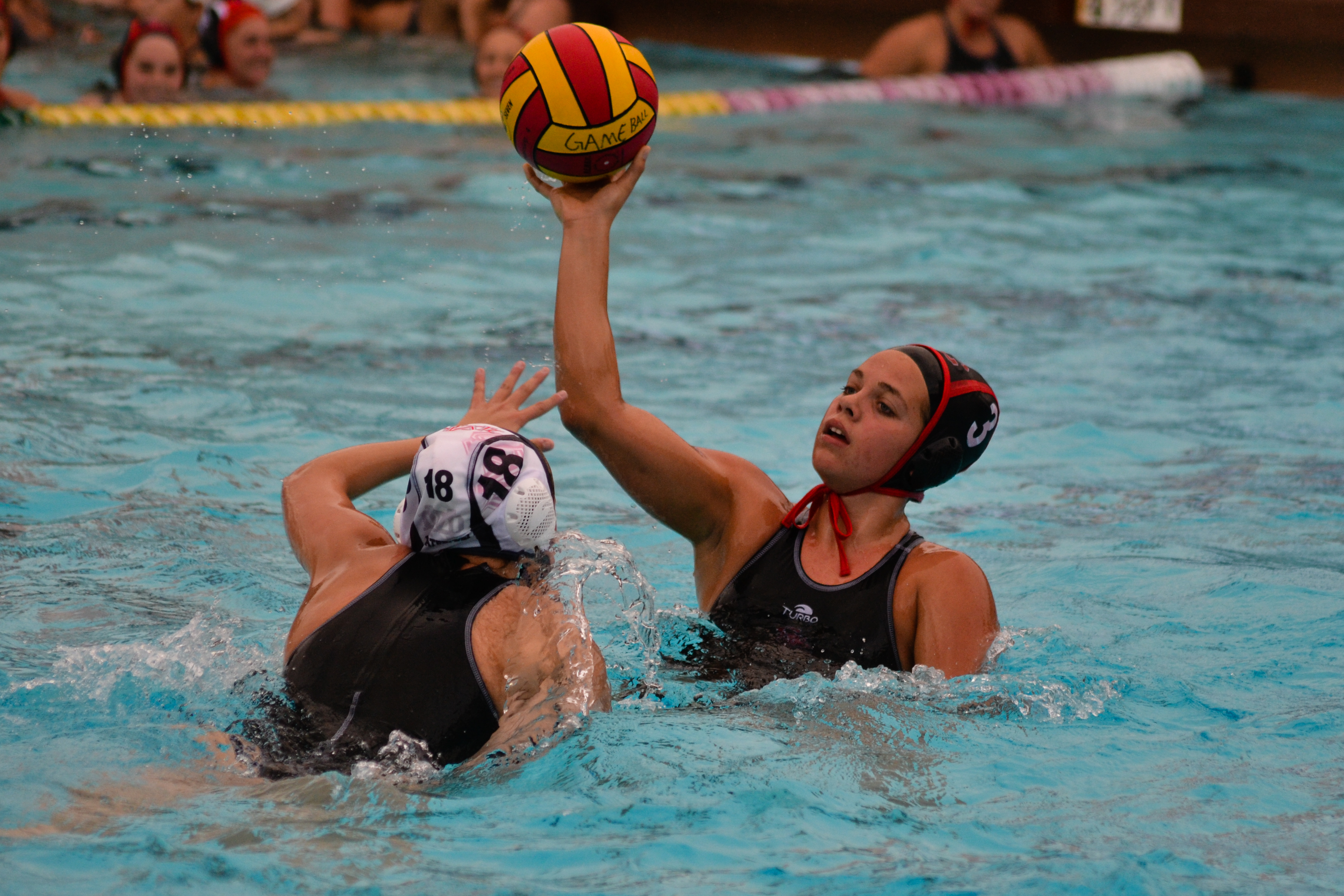 Hylah Prussak has quietly been going about being the San Clemente girls water polo team’s secret weapon in goal. Head coach Logan Powell has seen her make everything from the routine to the difficult save seven games into the season.

When Mater Dei, a top Orange County team, came to San Clemente High School on Dec. 16, Prussak ran the gamut of difficult scenarios, coming up with game-saving saves late in the game and allowing the Tritons to hold on for a 14-13 nonleague victory.

The biggest of Prussak’s nine saves on the day came with less than one minute to go in the game, the Tritons (6-1) clinging to a one-goal advantage and Mater Dei on the offensive. The Monarchs’ Beth Hitchman broke away for an ideal one on one scoring opportunity but was denied by Prussak at point-blank range.

It may not have had the same amount of drama attached to it when compared to the late-game stand, but Prussak’s fifth save of the game may have been just as important. It came 35 seconds before halftime, when Mater Dei was up two players due to two Tritons exclusion fouls. Prussak made another close quarters save on a Grace Thawley shot attempt and San Clemente scored on an Amber McCutcheon goal the next possession to take a 7-4 lead into the second half.

“She’s a good goalie but then she’ll come up in big moments. The one where we had the double exclusions and a girl was wide open on a cross pass and (Prussak) was there. So she’s really intelligent, which is one of her biggest strengths,” Powell said. “She always comes up with big ones like that. She always seems to have big saves when we need it.”

San Clemente jumped out to an early lead, getting four goals from four different players in the first quarter to take a 4-2 lead after seven minutes.

McCutcheon scored three of her game-high seven goals in the second.

Mater Dei erupted for six goals in the third, taking their first lead of the game on a Thawley goal with just under two minutes to go in the quarter. But Alaina Cousineau found McCutcheon down low for another goal seconds later to tie the game up, 10-10.

The Tritons took a decisive one-goal lead, 13-12, when Cousineau linked up with Cassidy Smithson for the score while the Monarchs were playing with a man down.

It was the first time San Clemente had defeated Mater Dei since 2011.

San Clemente came into the match fresh off a second-place finish at the Villa Park Classic, where they lost to Los Alamitos in the finals. It was the highest finish at the tournament in program history.