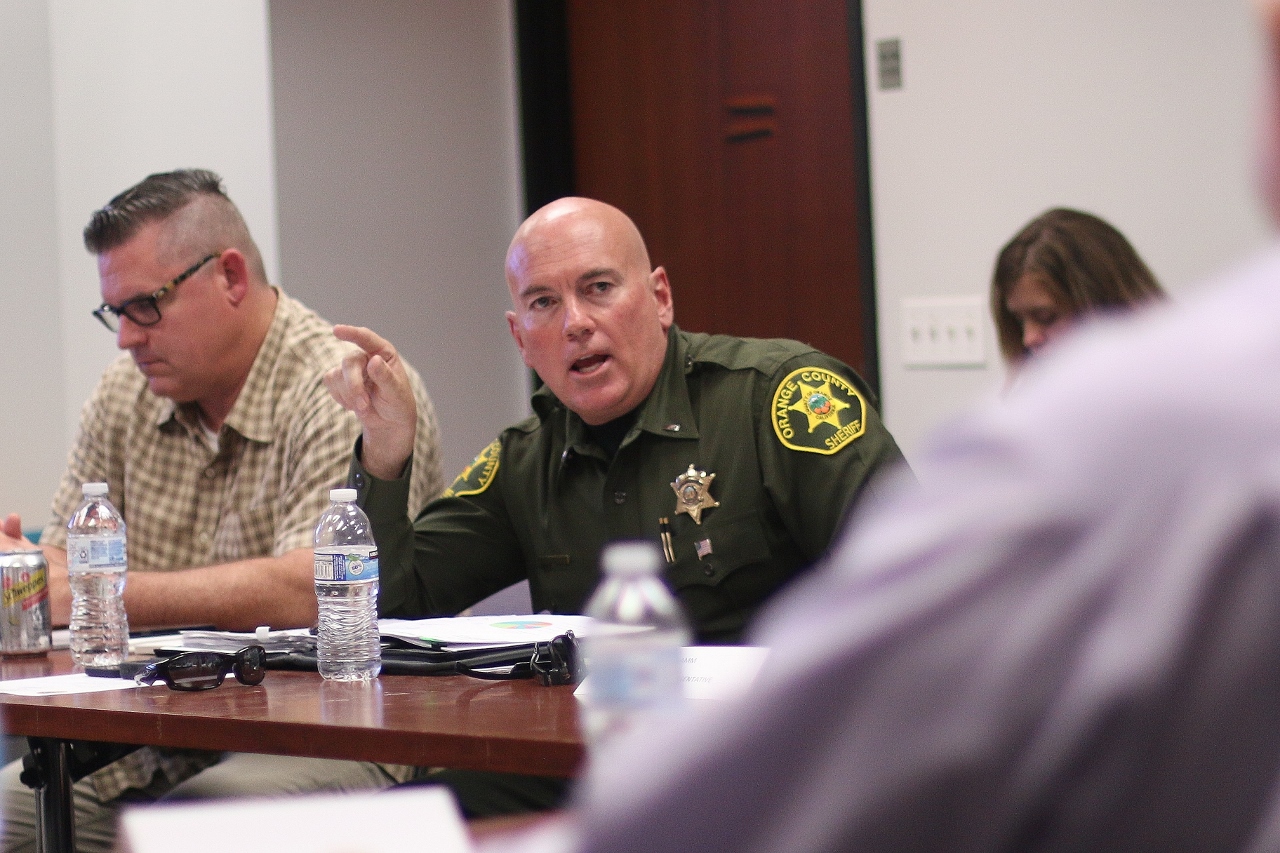 What was borne from a suggestion via a study on crime, commissioned by the city, the San Clemente Public Safety Task Force conducted its first meeting on Friday, July 7.

The task force, comprised of members of the public, city staff, City Council members and the chief of Police Services, discussed possible solutions to crime in San Clemente.

The task force is designed to assess crime statistics in order to provide suggestions to the City Council and Police Services.

Matrix Consulting Group, which conducted a study of crime in the city, reported months ago that, out of a sample of about 500 people, many people think crime is increasing in San Clemente.

Contrarily, crime statistics have stayed fairly consistent, Matrix officials reported, and that most of the crimes are related to property.

Petty theft is one crime that has risen since last year.

The most important crime issues the task force wanted to address included the homeless population, visibility of officers and communication with the public via Police Services.

Lt. Mike Peters, Chief of San Clemente Police Services, said his department is trying to staff as many officers as possible, some of whom are still in training or part-time officers.

As far as the homeless population, Peters explained the regional issue will need regional solutions and that the problems are not unique to San Clemente.

Peters said the department is starting to compile monthly crime statistics, as was requested by the City Council. The next Public Safety Task Force Meeting is scheduled for Friday, Aug. 18, at the San Clemente Community Center, 100 N. Calle Seville.