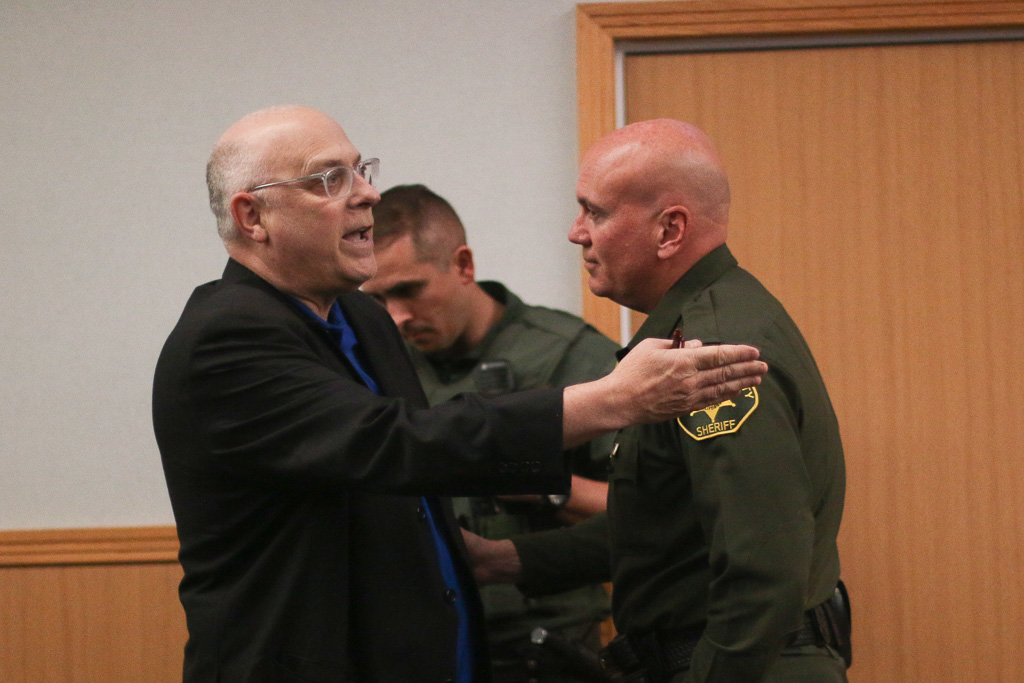 Mayor Steve Swartz cleared the City Council Chambers on Tuesday, April 16, after there was debate about the way in which public speakers make their voices heard at the public meetings.

Many of the oral communication items were centered on homelessness and the ongoing issues related to the city. Earlier in the meeting, Swartz said that the council could not comment on the specifics of the negotiations on a proposed temporary homeless shelter but that the city is “close” to coming to a resolution on the matter.

Swartz reiterated the rules that are set for the city’s oral communications with emphasis that each speaker is allotted three minutes to give a presentation.

“Speakers that cannot be accommodated during oral communications part one can speak at part two,” he said.

City Councilmember Laura Ferguson left in protest as the second oral communications portion began because of the notion that people could not speak at the second portion if they had spoken at the first, which is slated after typical salutatory and celebratory recognitions at the start of the meetings.

“I’m going to ask that everybody please leave, exit, and clear the room,” Swartz said. “I’m going to allow people to come in as long as they’re going to abide by the rules of this (council).”

People were led outside by authorities and were permitted to come back in as long as they agreed to abide by the rules of the oral communication portion of the meeting.

Swartz also told one speaker that he needed to address the council as a whole body and not single anyone out.

Councilmember Chris Hamm commended the city councilmembers who had stayed for the rest of the meeting.

Hamm and Mayor Pro Tem Dan Bane agreed that the city council would need to clarify its policy regarding public speakers in the near future.