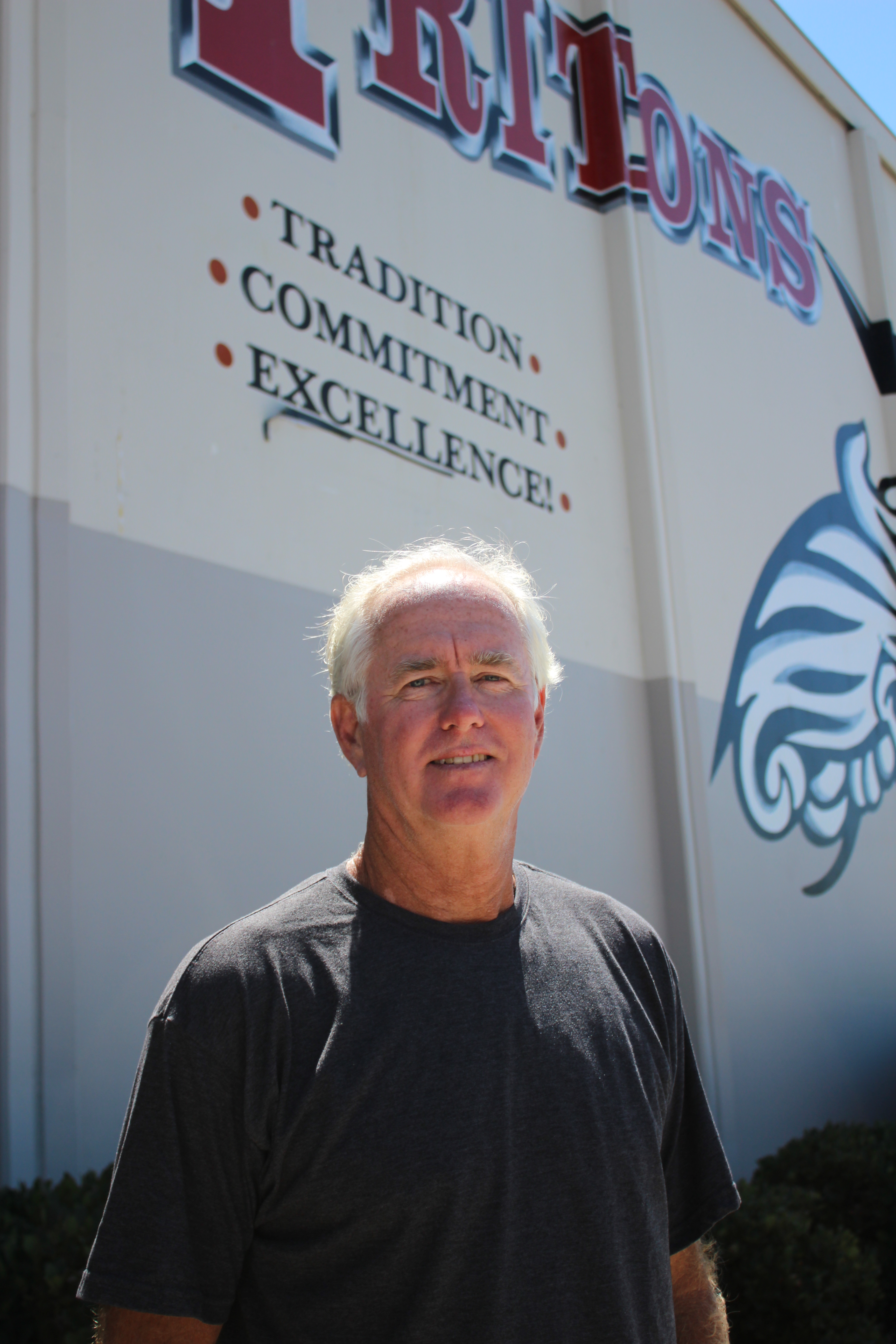 Beard went on to be an All-American at Pepperdine University and appeared on USA Volleyball Junior and National Team rosters.

When former Tritons girls volleyball head coach Rob O’Rear resigned in March after 21 years at the helm, Beard was pegged by the administration to be his successor.

Beard and the Tritons will open their season on Sept. 4 with a tough road game against Orange Lutheran. We caught up with him two days before the start of the season to get his thoughts on the state and history of San Clemente volleyball and what he brings to the program.

Tom Beard: There’s always good volleyball here at San Clemente. It’s kind of an area that breeds volleyball. That makes my job a little bit easier. There’s talent here, it’s just a matter of me not getting in their way.

It made sense to me on a lot of levels but it’s kind of nice to be able to give back to a program, school and community that has given a lot to me over the years. Volleyball, really, I look back and it’s done so much for me… I’ve traveled all over the place playing volleyball so it’s a great sport and this community is kind of where I got my start so it’s a good time.

SCT: Have you kept an eye on the Tritons program and their success in recent years?

TB: No I didn’t. In fact it’s funny because I come here without any preconceived ideas about the previous staff or the girls that I have and who played last year. I kind of just kept an eye on what I have at tryouts and how it would fit for me on the team.

SCT: What were your first impressions of this group?

TB: We have a great group. Usually you keep a team of 12 (players). But I kept 16 this year because all 16, when we’re in the gym, its great energy and each one of them is adding something important, some element, which we needed.

We have a big team, depth at every position. So there’s a lot of competition at each of those roles, which is healthy. It also means the energy in the gym during practice, we compete against each other, is great energy. Creating an atmosphere in practice that’s competitive and fun, that’s not easy to do. So we have that element that should help us during this process as we go on.

SCT: You open your season on Thursday, what will be the key for you guys to have a winning season?

TB: It’s a process, it takes time. As long as we are getting a little bit better every day, by the end of the year, we can surprise people.