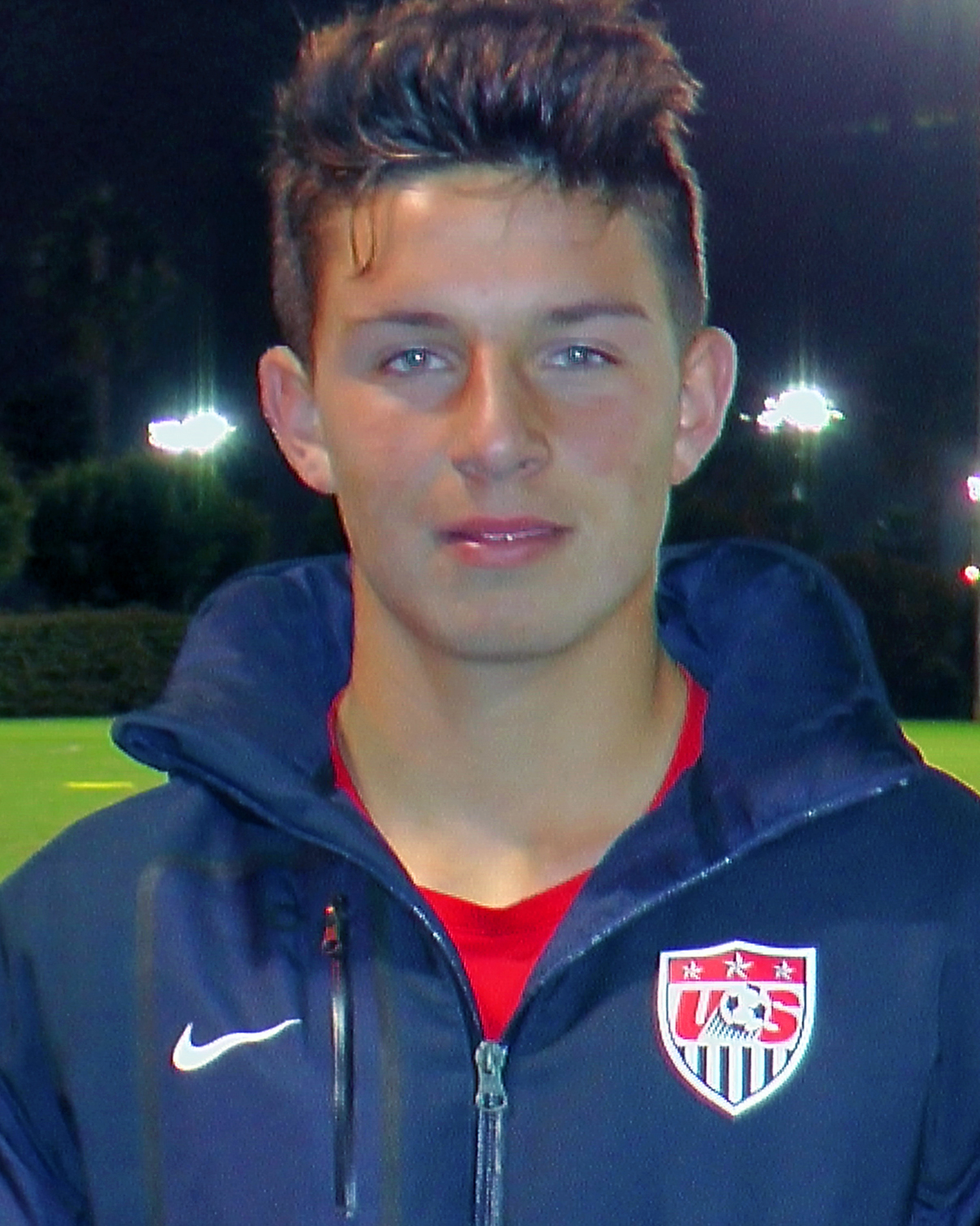 With the eyes of the soccer world turning towards Brazil for the 2014 FIFA World Cup in June, San Clemente’s Tristan Weber was focused on the east. The 13-year-old Los Angeles Galaxy Youth Academy player joined the U.S. Soccer U14 Boys National Team last week on a trip to Zagreb, Croatia, where the Americans played against Slovenian and Croatian youth national teams.

The U.S. squad won one match and tied two others and Weber made his presence felt with a second-half goal in a 1-1 draw against Croatia on May 21.

We caught up with Weber to talk about his trip, his goal and what it felt like to don the red, white and blue for the first time.

San Clemente Times: What was it like traveling with the U.S. team? Were you nervous heading to the camp?

Tristan Weber: Traveling with the USA development team for the first time was a great experience. I’ve traveled to Europe several times for soccer but this was the first time going there as a national team member.

Waiting to find out to see if I got chosen to represent the USA in Croatia was nerve-wracking, but once I found out, I was relieved. With the national soccer team, the pressure to be 100 percent is always on.

SCT: How was it, learning to play alongside other talented players from across the U.S.? Did you feel instant chemistry? Or did it take you guys a while to find your groove?

TW: We’ve had three domestic training camps this year. Two were in Los Angeles and one was in Florida. We’ve played together at the training camps but not in our final grouping. Playing alongside like-minded and skilled players makes me a better player. It challenges me, which I really like.

The chemistry off the field transferred on the field. We are a close group and enjoy having fun but get serious when we need to. We really clicked right away.

SCT: You scored a goal in the second game. What was that like?

TW: Scoring a goal for the team is a huge honor. You’re representing yourself, your family, your state, and your country. I shot the ball near post from 18 yards out. I was excited in the moment but I blocked it out right after so I could focus on the rest of the game. After the game, the excitement really hit me.

SCT: What was the competition like? Did they play a different style of soccer than what you’re used to in America?

TW: The opponents were challenging but we hung in there with them. Playing against Croatia and Slovenia was very cool because we could see how the other countries are doing at our age. Croatia played defensive but was very good at counter attacking. Slovenia was big and the way they played was by just using speed.

SCT: What are some of the lasting memories and experiences you will take away from this trip?

TW: I think wearing the United States national team jersey that will be worn at this year’s World Cup in Brazil will be a memory for me. I made great friends with the guys from all over. There is great talent in the U.S. and amazing talent in Southern California, mainly Orange County. Getting to experience different countries and cultures has been great.

SCT: What did this camp tell you about what it takes to reach the next level of the USA development team?

TW: It takes sacrifice, hard work and family support to stay at this level. Hopefully I can keep my spot and one day be on the Men’s National Team in a World Cup.