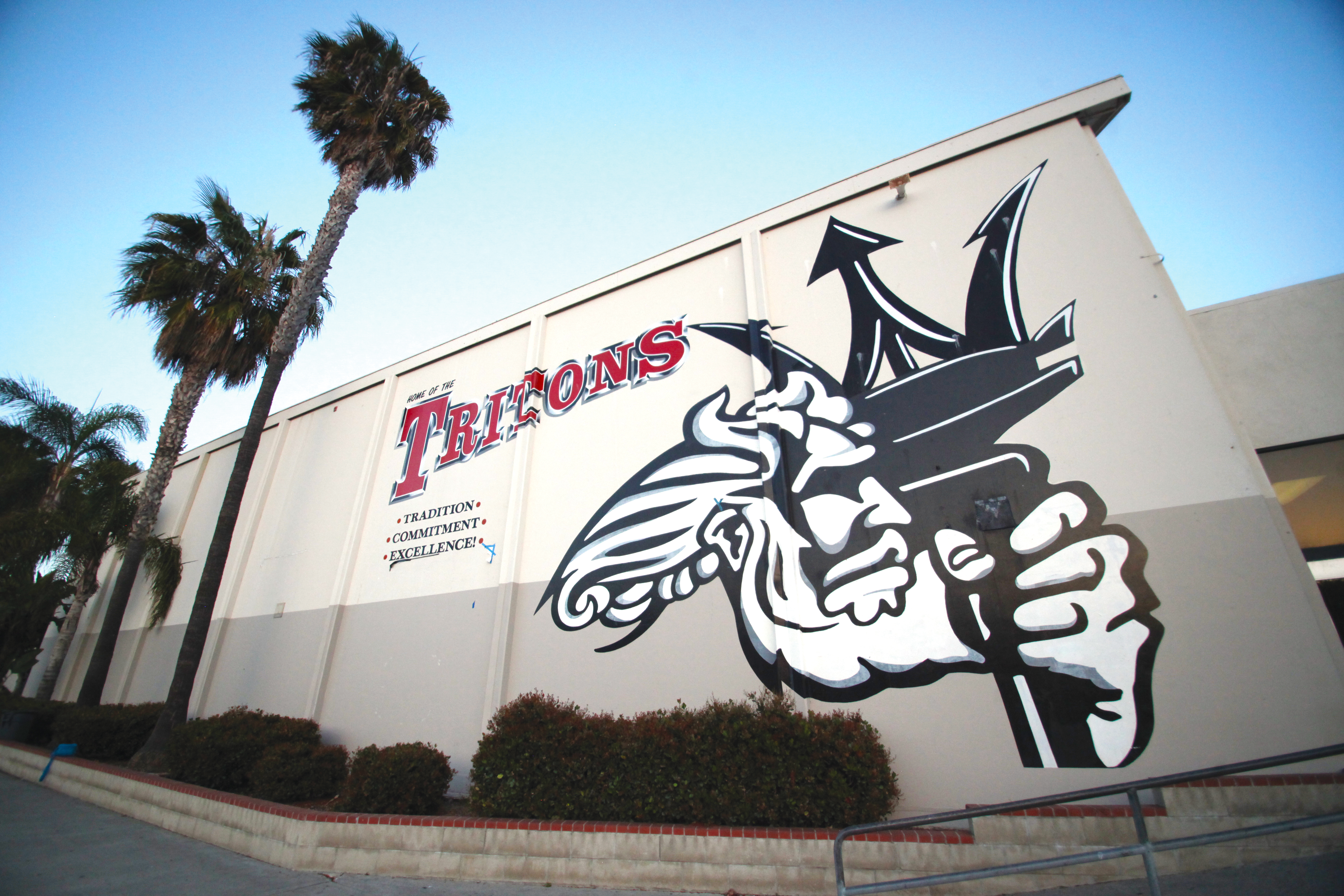 A week after a Capistrano Unified School District news release confirmed that Principal Michael Halt would not be returning to San Clemente High School for the remainder of the school year—and would not be retained for the following year—parents, staff and students are largely still wondering why.

Part of this is due to the district’s own policies, which prevent district personnel from publicly discussing personnel matters. But it also has to do with a sense of disbelief shared among many in the community that Halt had been embraced by. Deni Christensen, the school’s assistant principal for guidance, will finish the year as interim principal, the district announced in the same release.

The district’s standards are based on the Association of California School Administrators California Professional Standards for Educational Leaders, which set six criteria for principals and other administrators, including:

Because Halt came from outside the district, he was subject to a two-year probationary period before a decision could be made on his future employment with CUSD. The release sent by the district indicated a decision had been made prior to March 15 to not return Halt to the post for next year.

Halt released a statement Wednesday thanking students for his time at the school.

“It has been both an honor and a privilege working at San Clemente High School, and I have loved living and learning in this community,” Halt wrote. “The students and staff at SCHS are second to none, and I am extremely proud of what we have accomplished together; our record of success speaks for itself. If I could share one final thought with my students, parents and staff it would be this: please do not view this parting of ways as a discount against the amazing work we have done together. My departure is not based on your lack of achievements or results, so each of you should be proud of what you have accomplished and contributed to this school.”

Current Aliso Niguel High School Principal Chris Carter, a San Clemente resident, was announced as the new permanent principal, effective at the end of the school year. In an email sent to parents at the same time as the decision, Carter said he is looking forward to the opportunity.

“San Clemente is my home, and my family and I are Tritons,” Carter wrote. “I share your passion and commitment to excellence in all that we do. I will focus on leading a rigorous instructional program and enhancing systems to support all students to elevate our school to the highest levels of achievement. Serving as your principal provides me with the unique opportunity to lead the school that I entrust to my own children’s education.”

On Friday, approximately 100 people, mostly parents but including students, rallied in support of Halt at the SC Times’ weekly Beachside Chat at Café Calypso, at which District Superintendent Kirsten Vital was the guest speaker.

“It’s baffling to us that during the term of our former superintendent Joe Farley, Mike Halt was a superstar principal, and when we got a new superintendent, Mike Halt suddenly became problematic,” parent Anna Mendez said in a prepared statement, which included questions about rumored political motivations behind Halt’s removal. “The fact that Mike has so many accomplishments to his name, is so very respected by the community and is dismissed within six weeks of the school year ending, and the fact that the school board did not anticipate such an uprising, demonstrates that the school board is completely out of touch with the community they’re supposed to be serving.”

“I understand and hear your frustration, I hear the sadness and the hurt,” Vital said in response to questions over Halt’s removal. “The reality is that I can’t answer the very questions of ‘why’ that you all want. I can’t do it under the laws of the state of California. I would like to, but I cannot.”

Many parents said they want Halt restored to his position, or, at the very least, to be invited to graduation in order to congratulate the seniors. That suggestion was also made by San Clemente trustee John Alpay, in a letter released Friday (printed in this week’s edition). Alpay criticized the district’s lack of communication with parents regarding the removal.

“The lack of official communication regarding his termination for almost six days caused a great amount of unnecessary yet completely understandable discontent, confusion and anger,” Alpay wrote. “The ability to put Michael Halt on leave for the remainder of the school year and duration of his contract is the Superintendent’s prerogative. I do not support her action. It was a blunder of monumental proportions.”

However, fellow trustee Amy Hanacek, who sent her own children to San Clemente schools, disagreed with Alpay, calling his letter politically motivated.

“Board decisions are made after this very long and intentional process—in this case, my decision was not quickly made without endless scrutiny and questioning… It’s excruciating and particularly so in such a close-knit community like San Clemente,” Hanacek wrote. “Mr. Alpay was part of the entire process with equal opportunity to understand and question this process. John Alpay appears to have crafted a not very veiled attempt at political self-preservation. A pattern is forming with him of voting one way then flip-flopping if things get uncomfortable. Our students deserve the very best we can give them—they are worth being unpopular for.”

Valerie Woodstra, President of the SCHS PTSA, said parents began hearing rumors of a potential change at SCHS almost two weeks prior to the announcement, during the period where the school was dealing with the death of student Saylor Voris from leukemia. Woodstra said things reached a fever pitch during the first full week of May, when Halt was suddenly absent from his office.

“I’ve never heard anything negative about Mike,” Woodstra said. “What every parent I’ve run into has been asking is why. I’ve heard no one say anything bad about him.”

Woodstra said she’s heard frustration about the district making the decision to remove Halt without soliciting the opinion of parents and students on his performance.

A group of parents who recently had an issue at the school regarding a movie shown by a teacher in an AP Art History class, along with other issues raised by parents regarding the same instructor, stated in a release that they felt Halt handled their situation appropriately (the letter appears in this issue).

“When these concerns were elevated to him less than one week ago, we feel that he reacted appropriately and was engaged in ensuring it was handled correctly,” the release stated. “He welcomed parents and students to address any concerns they had and meet with him personally–fully committed to transparency. Essentially, he showed why he was highly regarded by parents and students alike at SCHS and we are 100 percent confident that he would have managed this situation correctly, given the opportunity.”

Science teacher Cecily Kipe, who is retiring at the end of the school year, said staff feels similarly to parents. Kipe said many staff members first heard about the rumors from parents, rather than receiving communication from the district about what was happening at the school, a move she described as “disappointing.”

“He is very respected by staff, a strong leader, who stuck to his word,” Kipe said. “He supported the staff and had a direction and vision for the school. He tightened up discipline, which needed to be tightened up. And he had a vision on curriculum.”

“Among staff, there’s a difficulty believing that Mike Halt would do something that would cause him to be fired,” Kipe said. “People are thinking, ‘If they could do that to the principal, what could they do to me?’”

Students have also been feeling the stress. At Friday’s event, student body president Alex Zewiski said students were looking to the community for help in the days ahead.

“We’re the ones who need support,” Zewiski said, noting how trying the last month has been at the school. “We’re the ones who aren’t changing there. You can’t take 3,000 kids and take them out of that school. But you can sure as hell try to support them.”

Victoria Mendez, the daughter of Anna Mendez, also spoke at the Friday event, and has been critical of the district’s handling of the situation. Mendez said students were largely focused on the upcoming testing, despite rumors about something going on with the administration. She said the announcement has galvanized many to advocate for Halt’s return.

“The announcement of Halt’s dismissal created extreme frustration for students, because we personally loved and respected Principal Halt,” Mendez wrote in an email. “At the same time, it has created a climate of activism, as students have united in determination to achieve justice for Halt. Students truly believe that they will affect change and they are not ready to stop fighting until that has been accomplished.”