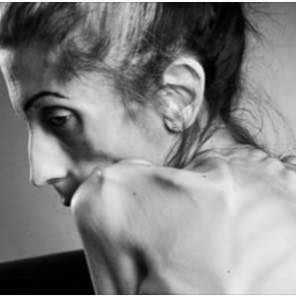 San Clemente resident Rachael Farrokh’s GoFundMe page has garnered national, if not international attention, after her husband’s plea for assistance in helping his wife went viral.

Farrokh suffers from a severe type of anorexia brought on by several mental illnesses, which some doctors, according to multiple news reports, said could be fatal. As of Tuesday, Farrokh’s page had garnered $188, 000.

“My lovely wife Rachael and I have been together for more than a decade and she will be seeing her final days if we don’t take action,” her husband, Rod Edmondson said on the webpage. “She is 5’7″ and her weight continues to plummet to a weight that’s extremely dangerous. She has been fighting through a disease that has the highest mortality rate of all psychological disorders, an extreme case of anorexia.”

The San Clemente Times has reported on Farrokh’s condition in past issues. She now weighs less than 55 pounds and is in constant need of her husband’s support. Digesting food is nearly impossible without Farrokh experiencing excruciating pain, according to the website.

Rachel said in a YouTube video that she is making progress in her treatments since the funding. The video can be seen of her latest updates at Rachel’s Road to Recovery.