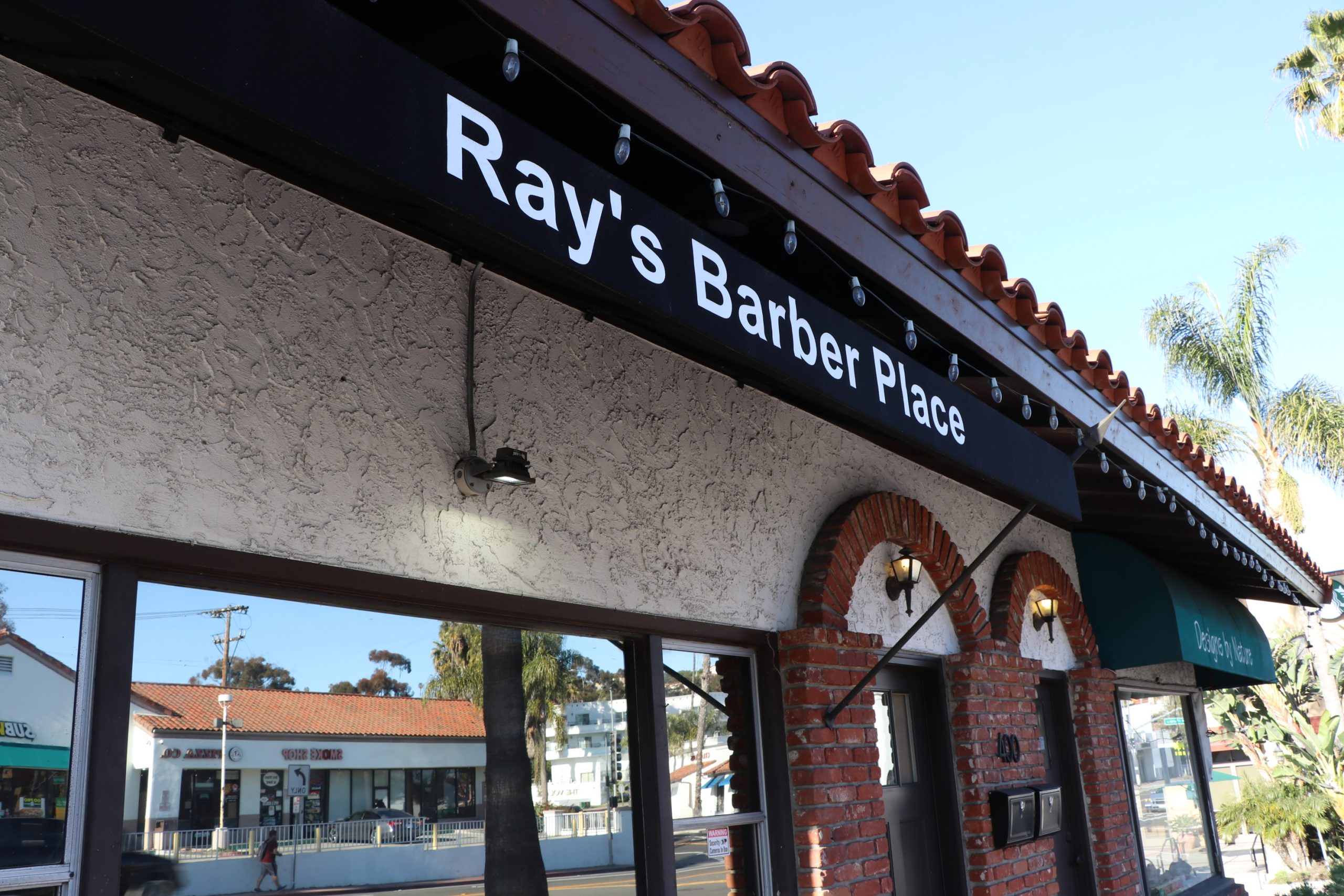 When Rachael “Ray” Preston opened Ray’s Barber Place in San Clemente in the spring of 2003, she never envisioned that she would need to build the business back up again nearly 18 years later.

Rather than try to recover from the pandemic and the state’s stay-at-home orders that have had her constantly swinging the shop’s doors from open to closed, Preston decided it was time to close up shop for good.

“COVID was the final nail in the coffin. Our industry has changed so much and been hit so hard, I had to come to a decision of what I’m facing trying to recover from this,” Preston told San Clemente Times on Tuesday, Jan. 12, a day after officially locking the doors one last time.

“I never imagined that I had to start over after putting 18 years of my life and heart and soul into my business. I had to make a decision of what would be required of me to rebuild my business,” she continued, adding: “I just couldn’t; I didn’t have it in me to do it. I don’t have the availability in life with having a family and children.”

Because of the pandemic, she said, there’s been a shift in the personal care industry. More barbers and stylists have become independent, going on house calls and offering mobile services because there’s not enough work at shops, as many customers remain reluctant to get haircuts and styled in person.

“It affects businesses when half of the clientele is afraid to come back,” she said. “So, business slowed down, and there’s nobody to hire to recover.”

To be accommodating and adhere to the social-distancing guidelines, Preston said she changed the business model, requiring customers to come in on an appointment-only basis, which would help reduce the waiting and prevent congregating.

After all that, she said, “They still shut us down and deem us unessential.”

She went on to further criticize elected officials who mandated the stay-at-home order, which, she believes, has unfairly targeted the personal care industry.

“And there’s no data showing that these infections are coming out of barber shops. It’s just unfair,” she said. “We keep taking these punches from the people who seem to still keep going and getting their hair done.”

As for qualifying for any loans that have been awarded to small businesses throughout the public health crisis, Preston said she was denied funding from the Small Business Administration’s Economic Injury Disaster Loans program.

“With no explanation as to why,” she said. “I just got a letter from my application that said they were unable to process any funds.”

Through the shop’s Instagram page, Preston posted an emotional farewell to the community, announcing that Ray’s was no longer in business on Monday, Jan. 11—18 years to the day when a 22-year-old Preston had signed the lease papers and received the keys to the shop.

“It’s been an incredible journey of the community,” she told SC Times. “The kids who have come in and become adults and go to college and get careers, and then they come in with their kids—the years of generations passing through; it’s a blessing. That’s the gift of a barbershop.”

Ray’s had officially opened its doors on March 13, 2003 amid a buildout of other local shops, Preston noted. She explained that Ray’s actual last day was on the first of the year, but had been given until the end of this week to clear out the space.

“After discussing with my landlord what I was thinking about doing, I told him that I needed at least until the 15th to get out,” she said. “I wanted it to be stress-free and peaceful. I wanted to dismantle and move out in a calm and peaceful manner.”

Pulling down everything she had built up over the past 18 years was a heavy burden to bear. But Tayler Heston, the woman who had helped Preston open Ray’s in 2003, was on hand to help bring down all they had built together.

“(Heston) came down—she lives in this little desert town five hours away—and she drove out here and piece by piece, cabinet by cabinet, she helped me tear it down,” Preston said.

The two had lost touch for about five years. In a YouTube video highlighting the shop’s history that Preston shared on Ray’s Facebook page, Heston explained that she had gone through a divorce and started to drink and take drugs.

Preston on Tuesday said Heston’s assistance in closing Ray’s was a full-circle moment.

“(Heston) taught me everything I know. She is the one that kind of led me to make this decision at 22,” Preston said, adding: “All of these pieces just came together and locked it all in. It’s such a trip.”

When Preston opened Ray’s in 2003, the goal was to give the San Clemente community, as well as the surrounding South County communities, a place to gather and receive quality hair care service.

She continued to note that San Clemente residents have been important to her over the years, as the shop allowed her to meet incredible people. She recalled one instance that showed the community really backed her during the pandemic.

“A month after the shutdown, I went to the shop to check the mail and someone had anonymously mailed us 10 $100 gift cards to Ralphs for the staff,” she said. “It was then that I realized that somebody in our community cared about our survival and we were important to our community.”

Asked whether she ever intends to start a new business in the future, utilizing the skills she gained as a shop owner for nearly the past two decades, she giddily remarked that that while she’s excited to see what she can create with her newfound free time, she’s not trying to figure out anything in particular for the time being.

“I can’t wait to see what God does with my life, this open space; my heart and soul and my passion is serving people, so I don’t know if that will be doing hair or in some other form, but that’s in my blood,” she said. “The sky’s the limit; the possibilities are endless right now.”