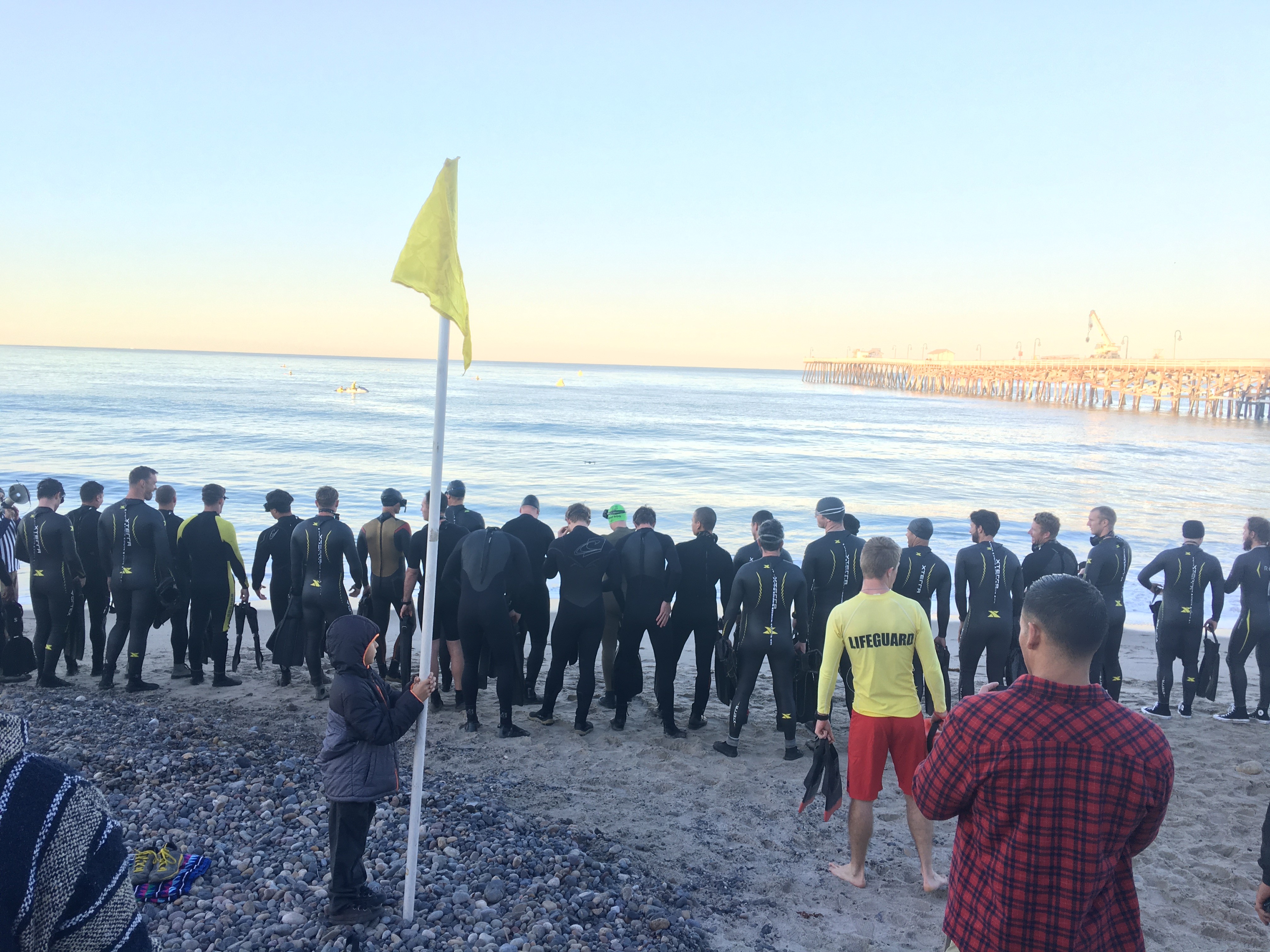 Editor’s Note: The print edition of the San Clemente Times Feb. 14-20 edition had an incorrect date printed for the Marine Raider Challenge. The correct date is Saturday, Feb. 16.

A spectacle of athletic competition will return to San Clemente on Saturday, Feb. 16, after the success of last year’s Marine Raider Challenge.

The race goes throughout the outer rim of the city limits and into the state parks, taking about three and a half hours on average to complete.

Prime Hall, the executive director of the Marine Raider Challenge, said last year’s event was able to raise about $75,000 for charities that benefit special operations.

At the opening ceremony at 8 a.m., Gold Star families will lead the introduction to the race to remember the fallen Special Forces, Raiders and other military service members.

The race starts at 8:30 a.m. with a fin-swim out into the Pacific Ocean along the Pier. The race continues with a run down to the California State Parks land, followed by a cross through trail systems winding down to Vista Hermosa Sports Park and the San Clemente Aquatics Center. There, the competitors will have to complete an underwater torpedo challenge (a game invented by Hall and a few former Marines) and a brick tow that requires participants to drag an object the length of the pool. Hall said competitors should finish anywhere between 11 a.m. and sometime in early afternoon.

“We had some pretty freak athletes come last year, but we’re thinking that no one will finish under three hours,” Hall said. “Once we say ‘go,’ it’s continuous until they finish at the end.”
The route is about 10.5 miles, not including the swimming portions and workout endurance required.

“We built out the route a lot more this year, working with all the different permitting agencies and (attending) probably over 50 meetings, a lot of emails back and forth,” Hall said. “This is pretty much like the best route we could possibly have. Even the Aquatics Center…got involved. Last year, we finished at Jim Johnson Memorial Sports Park, and this year we’re finishing at Vista Hermosa Sports Park.”

Ret. USMC Capt. Derek Herrera, a San Clemente resident and former Marine Raider until he was paralyzed from the midsection down, is an active board member of the Marine Raider Challenge.

“We’ve been doing great so far this year, and…we’re going to be able to continue to support the needs of the Marine Raider community, and that’s why we’re investing in all this time into it, which is so important to me,” Herrera said. “It’s going to be a bit more challenging this year, because we were able to make the hike route much more difficult. The city was really supportive, and Prime really took care of (the permitting), and we’re also streamlining the course a little bit, learning the lessons from last year, and it’ll make it more exciting.”

Ocean Festival referee Barrett Tester will officiate the ocean swim sector of the race, and about 150 volunteers have signed up to help with this year’s event, Hall said.

The MRC is reserved for armed forces, both active and inactive duty, with 24 challengers racing in teams of two. The Special Forces represented at the MRC include the Marine Raiders, Navy SEALs, U.S. Army Special Forces (Rangers) and Marine Corps Reconnaissance.

Putting together the MRC is no small feat. At last year’s challenge, organizers worked for about a year with multiple jurisdictions and obtained their final permits with about a month to go. This year, MRC conducted a briefing with the city and sheriff’s department to find different ways to decrease the time needed to cross and run along streets. They also plan to host a final preparation meeting with city officials on Friday night, Feb. 15, in case of any adverse weather conditions.

“We’ll (assess the situation) on Friday to see if we need to make any changes to the route,” Hall said.
At the end of the race, winners will receive specialized handmade paddles signifying their accomplishments.

“I’m really grateful for the support from the community and the city, from all the planning officials to the people coming out to support us and businesses that have sponsored events, and it makes me proud to be able to live here and do this event,” Herrera said.

How to Donate to or Sponsor a Team

If you’d like to donate to a specific team participating the Marine Raider Challenge, visit their Facebook page under Marine Raider Challenge and find the fundraiser’s tab. All proceeds raised from the MRC go toward special operations’ charities. Last year, organizers were able to raise $75,000 for special operations’ charities. For more information, visit marineraiderchallenge.org.