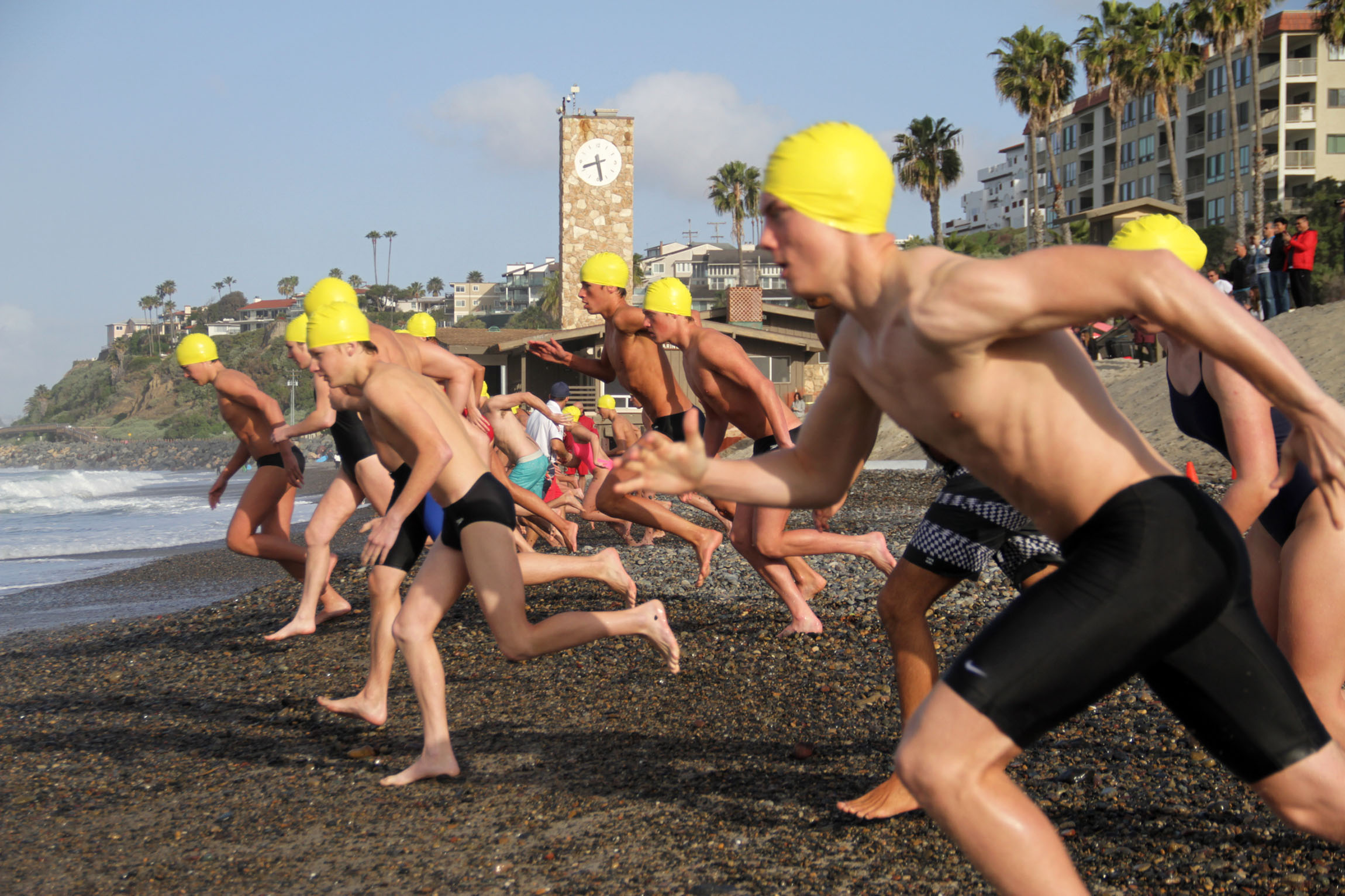 About 30 teens and young adults braved the cold ocean waters at the beach near the San Clemente Pier this past Sunday morning, Feb. 23, as they competed for spots with the city’s Marine Safety Division lifeguards.

“When I first got in, it was very shocking, because it was very cold, but you just had to keep going; it was all mental,” 16-year-old Bailey Van Blarcom said of her first time trying out for one of the open city lifeguard positions.

The city held tryouts for all of those who wanted “to come and join Lifeguard Station 56” and “help make a difference in the summer,” explained Marine Safety Officer Ian Burton, explaining you “can’t beat the location, and you get to make a difference in people’s lives, make sure that people get home at the end of the day.”

To qualify for the seasonal lifeguard and lifeguard trainee spots ahead of the coming summer, the 31 applicants were challenged to complete physical tests, starting with a roughly 800-yard ocean swim in under 13 ½ minutes.

Those who completed the swim within the allotted time then had to complete a 1,200-yard, run-swim-run. From there, the top candidates from the two physical tests were allowed to participate in the interview process.

“For lifeguard applicants, we’re looking for someone who’s motivated, high-integrity character,” Burton said, adding: “We want people that are going to be motivated and want to make a difference in people’s lives.”

Burton said that many lifeguards typically move on to other public-safety professions including law enforcement or fire protection, but some have also transitioned into the medical field and law, as the position is “a great building block for any character you want.”

On Sunday, Van Blarcom, a water polo player at San Juan Hills High School, said she was motivated to try out because she wanted to help people, as well as follow in her father’s footsteps.

“My dad was a lifeguard in New Jersey, and I love the ocean, so I just kind of wanted to go and make a difference and help people,” said Van Blarcom, who was unable to make it to the interview round, completing her swim in just over 14 minutes.

The biggest challenge Van Blarcom came across during the swim, she said, was the transition from land to water and vice versa.

“I feel like I lost a lot of time just transitioning past the short break,” she said.

Choosing to not be discouraged, Van Blarcom said she intends to go out again next year, and in the meantime, she’ll be practicing better and more efficient ways of entering and exiting the water.

As of Monday, Feb. 24, the selection process following Sunday’s interviews was still ongoing, according Burton.

About 30 individuals participated in the city’s lifeguard tryouts on Sunday, Feb. 23, competing in swimming and running tests at the beach near the San Clemente Pier. Photos and Video: Shawn Raymundo