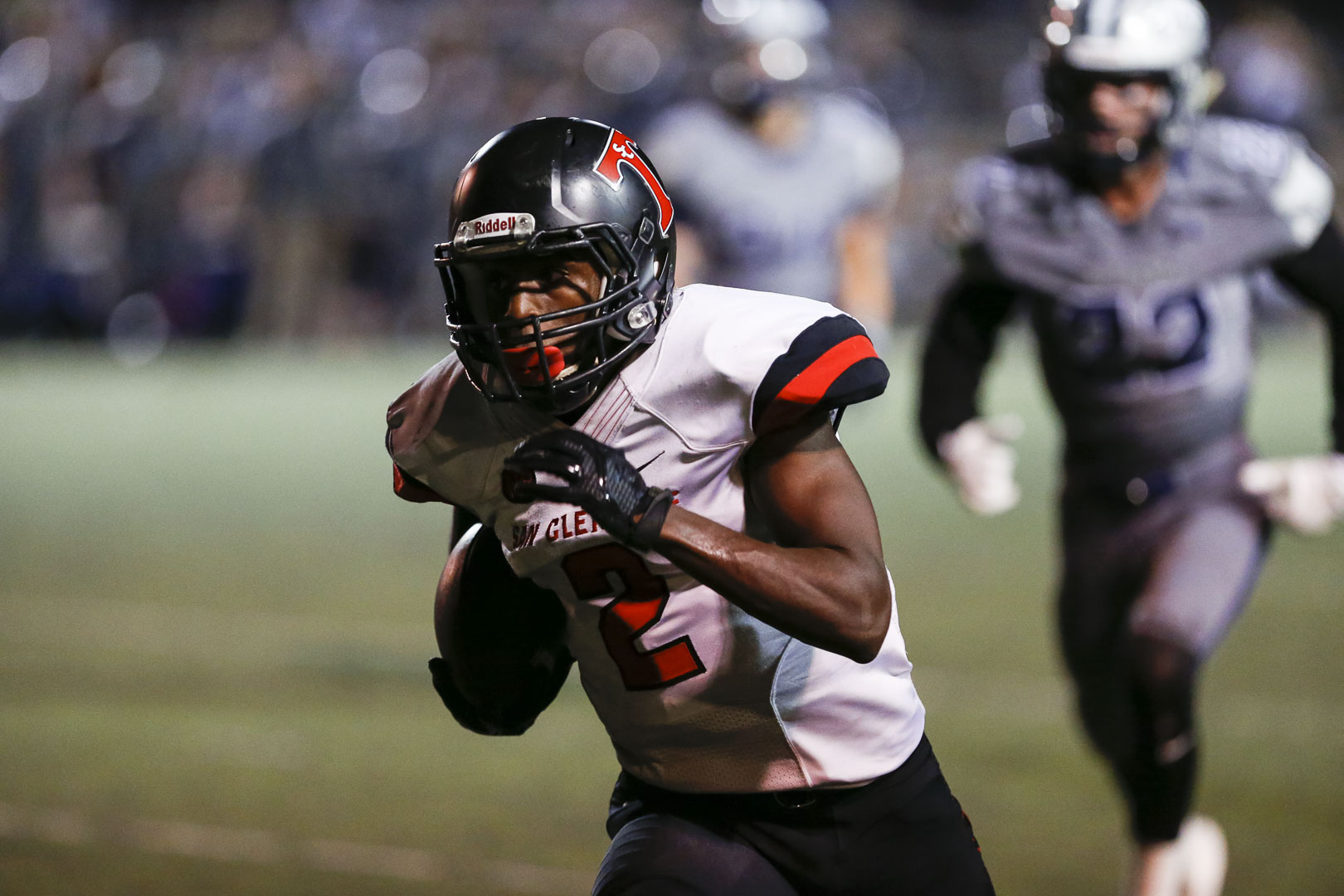 There is a reason Brandon Reaves’ nickname is “lightning.”

If you’ve ever seen him size up an incoming punt, catch it and dart into open running lanes, you’ll know why.

If you’ve ever seen him run into an opposing defense, looking like he’ll gain just a yard or two, only to make a sharp cutback the other way for a big gain, you’ll know why.

And if you’ve seen him catch a ball on a short screen pass and turn it into a game-breaking touchdown, you can only nod your head in agreement with the namesake his coaches gave him.

Reaves is among the San Clemente High School football team’s most versatile players, and he has the speed and know-how to change a game in one play.

The senior, who plays both receiver and running back, is a walking highlight reel play, and has provided plenty of firepower to a high-powered Triton offense that is averaging just over 41 points per game.

Just how much can Reaves impact a game? Consider this: He has recorded a rushing play of 35 yards or more in seven different games this season, and he is averaging an astounding 17.8 yards per carry. He has caught a pass that gained 30 or more yards four times, and he averages 11.2 yards per catch. In essence, every time Reaves touches the ball, the Tritons get a first down.

He returns punts and kicks as well, although opposing teams are hesitant to kick the ball his way. Reaves’ longest kickoff return this season went for 95 yards, and he’s averaging 25.4 yards per punt return.

Oh, and he also plays defensive back and can throw the ball a little too.

Reaves had an interception return for a touchdown in a win over Huntington Beach on Sept. 2 and his lone pass attempt was on a trick play, when he connected with a receiver for a 47-yard gain downfield. Toss those plays into his ever-growing list of big-time moments.

“There isn’t anything he can’t do,” coach Jaime Ortiz said. “Every time he touches the ball, everyone takes a big gasp wondering what’s going to happen. He has that ability to do those big things.”

In the Tritons 49-14 South Coast League win over Trabuco Hills on Oct. 28, Reaves had a 49-yard touchdown run and caught six passes for 77 yards and two scores. The three-touchdown effort brought Reaves’ season-long total to 16.

Reaves’ presence is invaluable to the Tritons (7-2, 3-0 league), and the team is hoping he has a few more big plays left in the tank for their biggest game of the season on Friday. San Clemente will host undefeated Mission Viejo (9-0, 3-0) on Nov. 4 with the South Coast League title up for grabs. Mission Viejo, ranked No. 4 in the CIF-SS Division 1 polls, is in the midst of a 37-game winning streak and will present the Tritons with their toughest challenge yet.