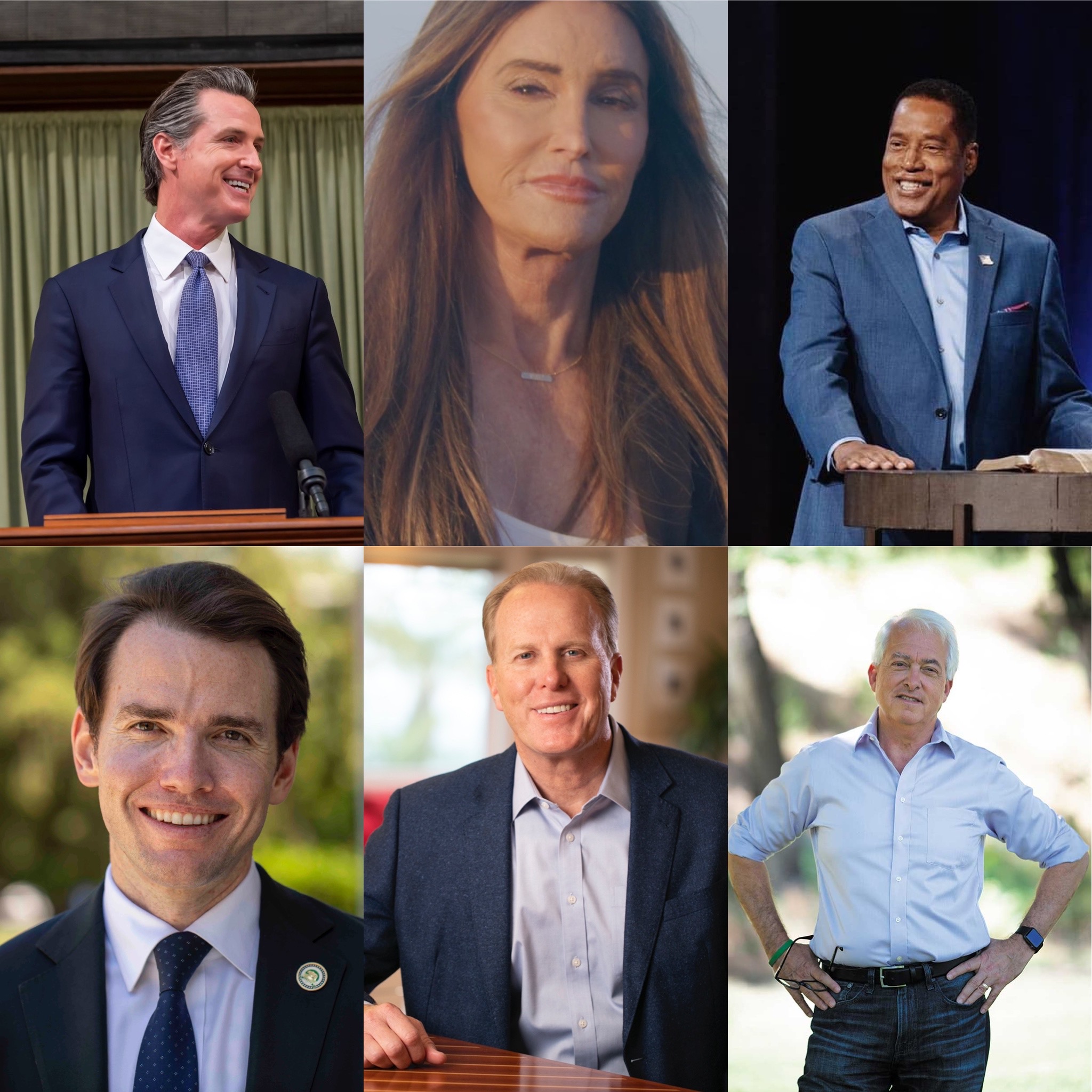 California’s recall election of Gov. Gavin Newsom has presented a bevy of candidates who are vying to replace the Democrat from the state’s highest office. Because of the Sept. 14 special election’s extensive list of 46 replacement candidates, presented here, we’ve highlighted only five of the prominent ones based on the amount of campaign contributions raised and data from a UC Berkley Institute of Government Studies poll that Los Angeles Times co-sponsored in July. With Newsom at the center of this recall election, we’ve also summarized his political career and time in office.