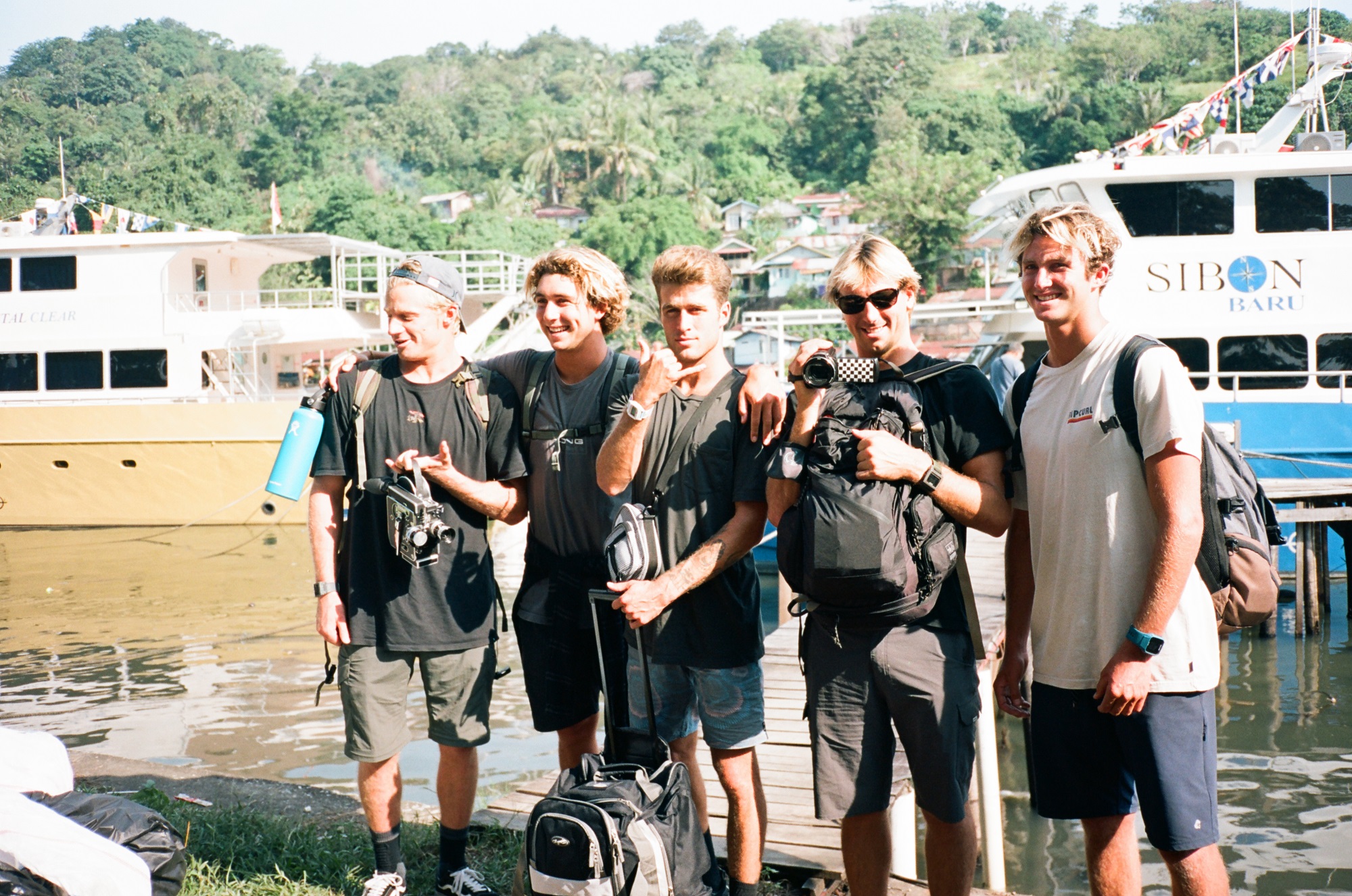 ‘Reckless Isolation’ Is Not Just Another Surf Movie

Somewhere in the middle of the pandemic, in a brief window of time when travel to Indonesia opened and surfers were able to get back to the business of chasing waves through the archipelago, an all-star crew of San Clemente’s most talented rippers hopped a flight and got to work.

Led by Olympian Kolohe Andino, the guest list for the trip included Griffin and Crosby Colapinto, Ian Crane and Luke Davis. Taking the remote, and sparsely populated, Mentawai Islands by storm, the crew worked on an exciting film project entitled Reckless Isolation, which is set to be released this week.

For Andino, the endeavor marks his first time producing a surf film from start to finish. The rookie filmmaker planned and funded the project, as well as oversaw the filming and the editing.

“With everything we all have going on in our lives and careers, we don’t have a lot of time to actually take trips together and surf. I’m so stoked we were able to take advantage of this time,” Andino told the San Clemente Times prior to his debut at the Olympics in Tokyo last month.

Over the course of his distinguished career, Andino’s been part of a host of surf films, but this marks the first time he’s taken on the creative and production responsibilities—although it shouldn’t come as a huge surprise, as Andino’s long been interested in cameras and the art of photography and cinematography.

Developing the film via production company Stagnant Ambition, Andino has entered a new chapter in his role as an influencer in and out of the water.

“Obviously, it’s different when you’re not just performing in front of the camera but have to think of all the details. There’s so much that goes into it. I learned a ton,” Andino said.

Reckless Isolation will make its world premiere in San Clemente on Sunday, Sept. 5, at the Stance Socks headquarters. And if you miss that one, celebrate Labor Day in style with another premiere at the iconic La Paloma Theatre in Encinitas on Sept. 6.

In total, the boys will conduct a film tour through 11 different cities around the country. A free online premiere will take place on Red Bull TV on Oct. 7. For more details and to buy tickets, go to redbull.com.

When it’s all said and done, Stagnant Ambition will be donating all the profits from the film tour to Project Nasi, which is raising funds to help provide relief for communities in need in Bali. With the country once again locked down and tourism extremely impacted for yet another surf season, the assistance is much needed.

Andino’s longtime board maker, Matt Biolos, and his team at Lost Surfboards are also getting in on the support, implementing creative ways to help their friends and partners in Indonesia.

“Experiencing unprecedented participation and demand for all things healthy and outdoors, we (at Lost Surfboards) have struggled to keep up,” Biolos shared on Instagram this week.

“One way to balance both issues has been to call on our team @lost_indo to begin building boards for International use … it’s exciting to see these beautiful #BaliBuilt #MadeInIndonesia #RNF_96’s going through the factory @lost_indo and on their way to the US, where we have not been able to keep up with demand for this magic little surfboard model.”

It’s a small little sandbox that we all surf in, and so often what we do here at home can have a direct impact on somebody half a world away.

It’s inspiring to see Andino, Biolos and friends embracing that ethos and not just stepping up in the water and on the shaping bay, but also finding creative ways to help support the people who have enriched their lives so fully.

That should make you feel pretty good about picking up tickets to Reckless Isolation or scoring a new Lost shape.