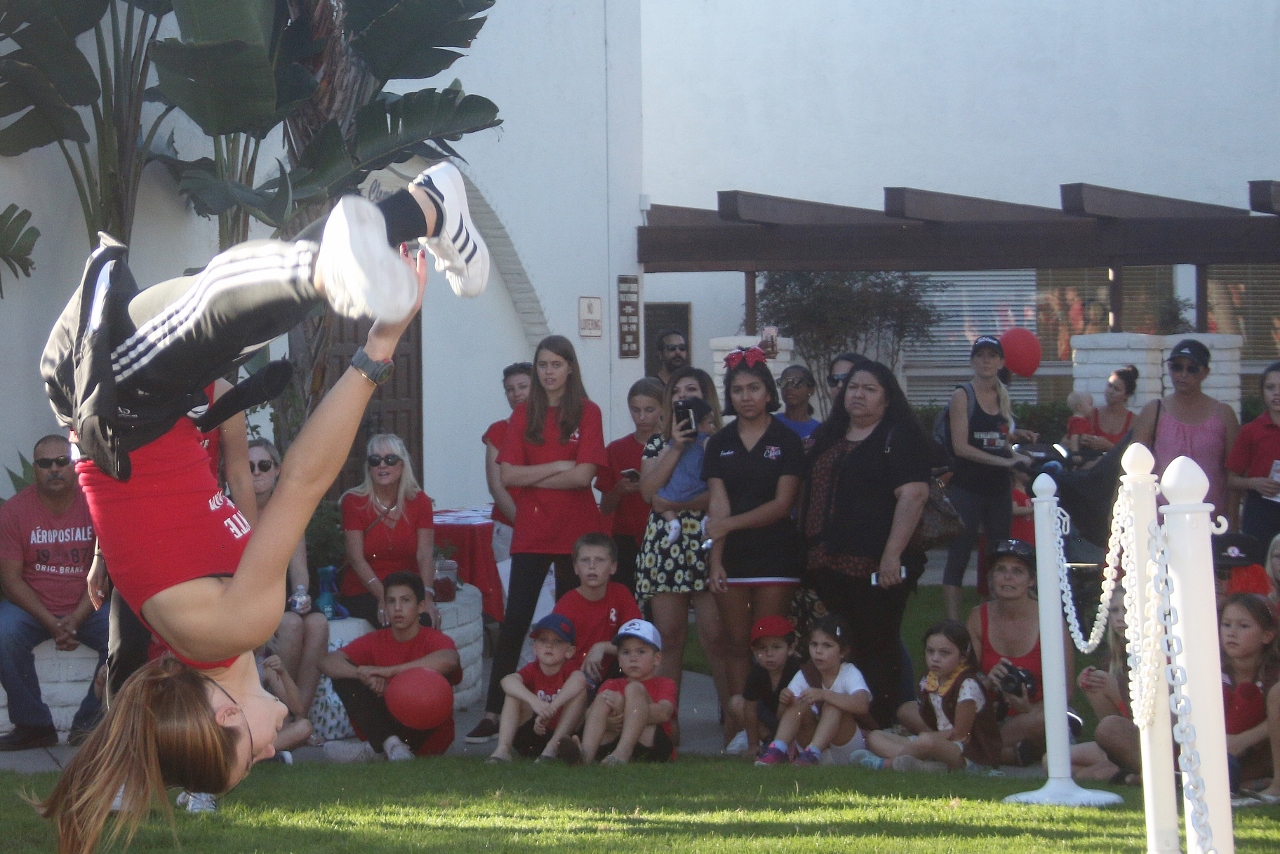 The Red Sea: Hundreds March Down Avenida Del Mar to Promote Anti-Drug Use

San Clemente High School Dance Team performed at a pep rally at the end of the parade for Red Ribbon Week on Oct. 23.

San Clemente Christian School students tried to stay cool in the heat during the Red Ribbon Week parade and pep rally on Oct. 23.

San Clemente High School cheerleaders performed for the hundreds of people who attended the pep rally on Oct. 23 on Avenida Del Mar.

Many schools wore red and held banners of encouragement for people to stay off drugs on Oct. 23 down Avenida Del Mar for Red Ribbon Week, Oct. 23-27.

The nationwide epidemic of drug abuse and overdoses has required the diligence of community outreach to try to curb these issues. Red Ribbon Week, an annual drug abuse awareness week campaign held during the last week of October, was celebrated amongst San Clemente schools, city officials and community members with a parade and pep rally down Avenida Del Mar on Oct. 23.

Founded by the National Family Partnership in 1985, the Red Ribbon Campaign was created to encourage citizens to take a stance against drug abuse. San Clemente has been an active participant in the national awareness week for more than 20 years, encouraging youth in the local community to pledge abstinence of illicit and addictive drug use. Every school in the city was represented during the parade.

San Clemente’s Mayor Kathy Ward and Mayor Pro Tem Tim Brown spoke to the audience of hundreds and asked them to promise to stay away from drugs—the theme of this year’s Red Ribbon Week is “The Future is Key; Stay Drug Free.”

According to a report released in August from the Orange County Health Care Agency, as of 2015, San Clemente continued to have one of the highest drug overdose hospitalizations and death rates in the county. As discussions among legislators, advocates and families affected by these issues continue, opioid abuse and deaths due to heroin and fentanyl overdoses continue to increase at an alarming rate.