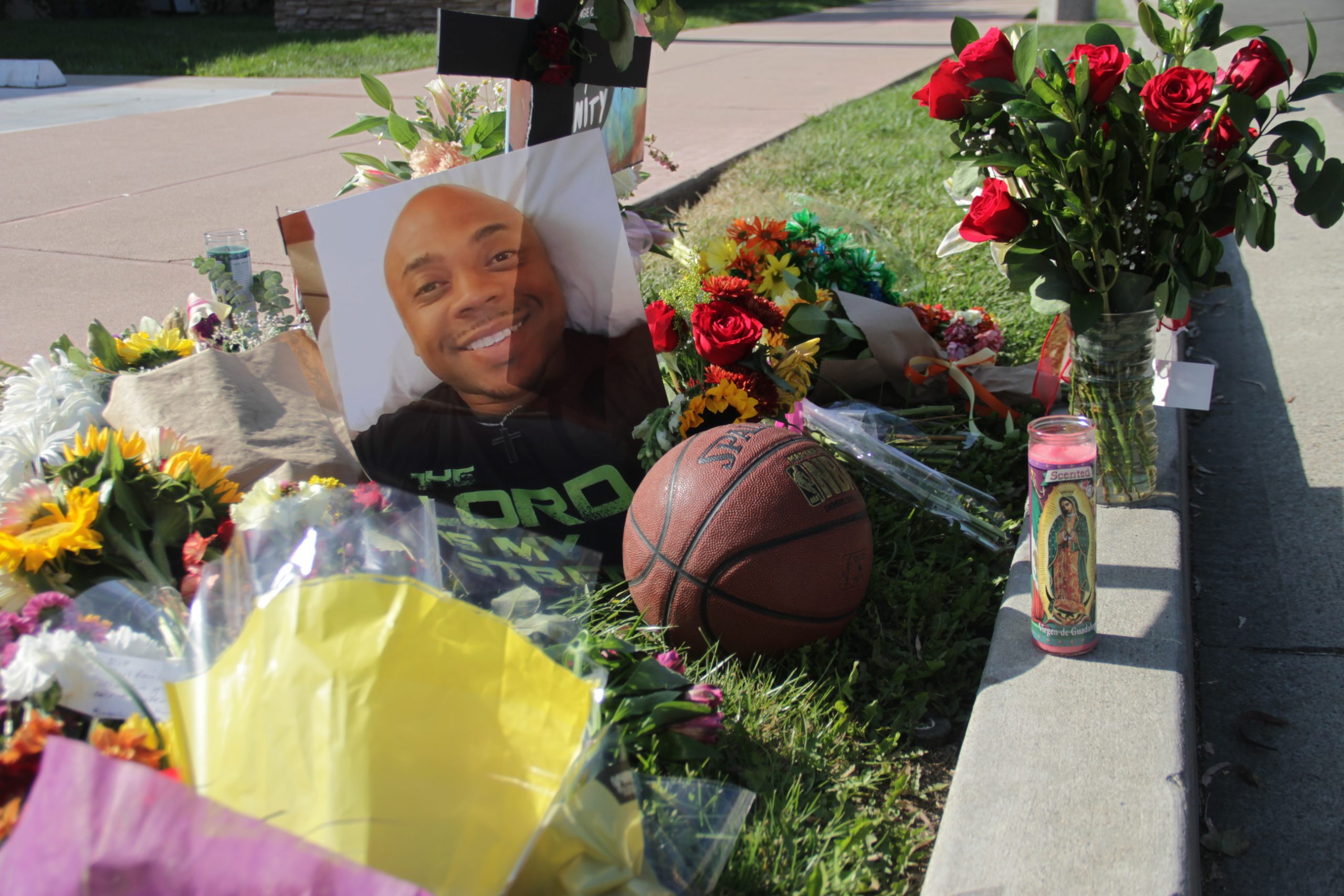 It’s been nearly a year and half since Kurt Reinhold, a Black homeless man, was shot twice by police outside of a San Clemente hotel, and his family is still looking for answers, let alone a trial.

The Orange County District Attorney’s investigation into the fatal shooting on Sept. 23, 2020, when two deputy sheriffs assigned to the department’s homeless outreach unit stopped Reinhold for allegedly jaywalking, has so far lasted 16 months.

In the months following the incident, Reinhold’s wife, Latoya, their two children, and his mother Judy, filed a wrongful death lawsuit against the County of Orange, accusing the two deputies involved, Eduardo Duran and Jonathan Israel, of using excessive and unreasonable force against Reinhold.

The county has argued that the two deputies acted in good faith and within the scope of their duties. In court filings, the county has further argued that Reinhold’s death was “caused solely by (his) own wrongful acts and conduct,” and that the force used on him was reasonable under the circumstances and did not constitute excessive force.

John Taylor and Neil Gehlawat, attorneys representing Latoya and the children, said the family is frustrated. The attorneys are in the discovery phase of pre-trial procedures, in which each party can obtain information from the other side through requests and other means, but they have not received much to help them prepare their evidence.

“We haven’t gotten statements from the officers,” Taylor said. “They’re playing ‘hide the ball,’ and that’s really been a challenge for our clients to digest.”

According to the most recent court filings, a pretrial conference has been set for Nov. 4 of this year, at which time an official trial date is expected to be established.

The attorneys also have taken issue with the differences in information of the incident’s timeline, between what Sheriff Don Barnes described at the press conference the day after and what was revealed in dashcam footage that OCSD released to the public a year ago this month.

According to Barnes, the officers encountered Reinhold for allegedly jaywalking in the vicinity of the Miramar Hotel, located near S. El Camino Real and Avenida San Gabriel, where a physical altercation ensued. Reinhold is believed by the department to have attempted to pull one of the deputies’ weapons out of its holster.

The dashcam footage shows Reinhold crossing San Gabriel while the traffic signal for El Camino Real turned yellow and then red, before the officers decided to pull up beside Reinhold for questioning.

Taylor said the video showed that Reinhold had not committed a crime, was not in need of assistance and was not a threat to himself or anyone else. He added that the deputies voluntarily chose to pull over and hassle Reinhold.

The county has argued that there was reasonable suspicion and/or probable cause that led to the detention and attempted arrest of Reinhold, and that there was a legitimate safety requirement for the deputies to use force due to the risk Reinhold posed to them.

“The family doesn’t understand, given that there is the video of this incident and it’s fairly well documented, that the district attorney has not released a report yet on whether they’ve decided to pursue criminal charges against one or more of the deputies,” Taylor said.

Without the report, Taylor also alleged, the county can claim to not have to turn over the deputies’ statements.

Kimberly Edds, the public information officer for the Orange County District Attorney’s office, confirmed in an email last week that the matter is still under review. She added that the investigative letter and any associated videos will be posted on the DA’s website, which is the standard procedure for any incident in which either an officer shoots a citizen or a citizen dies while in police custody.

Both Taylor and Gehlawat said they’ve previously dealt with lengthy delays from municipalities such as Orange County. In these situations, Gehlawat said, the municipalities frequently claim that they are waiting on the district attorney to complete the review before taking further action and releasing information, but he takes issue with this approach.

Gehlawat claimed that the sheriff’s department only needs to investigate whether the involved deputies acted according to the department’s policies and procedures, thus removing the need to wait for the DA’s investigation to close.

“They’re just doing it so that they can stall and avoid having to deal with the issue, because they’re worried about what that investigation will produce in the context of this lawsuit,” he said.

However, OCSD public information officer Sgt. Todd Hylton wrote in an email to the San Clemente Times on Monday, Jan. 31, that the department is conducting its own internal investigation.

When asked whether any action OCSD could take would be impacted by the DA’s investigation, Hilton answered, “Yes and no.”

Both Duran and Israel have returned to work for the department, and they are assigned to North and Southwest Operations, according to OCSD.

The Reinholds’ side is currently at the mercy of the county in terms of documents they can receive and progress they can make when building an argument.

Most recently, the county sent to Taylor and Gehlawat all the data it has collected in the past few years that categorizes every stop OCSD personnel has made by racial makeup, age, and other demographics.

In 2019, the most recent year of stop data, Black people accounted for 3.9% of all 47,955 stops made by OCSD, according to the California Department of Justice’s dataset OpenJustice.

The data also included an action rate, which indicated the proportion of those who had one or more actions taken toward them during those stops, such as being handcuffed or having property seized. Black individuals had an action rate of 30.5%, a figure larger than any other race or ethnicity.

The attorneys believe that there is a pattern within OCSD of stopping minority individuals at a much higher rate than White individuals.

“We just think this homeless outreach unit, of which both the involved deputies were a part of, is just a unit that is a disguise for targeting minority homeless people in the community and harassing, and in some cases like Kurt’s case, killing them,” Gehlawat said.

Taylor added that the shooting never would have occurred if Reinhold was White.

In the meantime, the attorneys said, they will do their best to hold the officers accountable.

“Our goal is to continue with the litigation and to take whatever depositions we can take in the case and try to use the courts to help us gather the documents that we need to prosecute the case,” said Gehlawat.

By doing so, they hope to avoid another situation in which a heartbroken family ends up disappointed by the justice system.