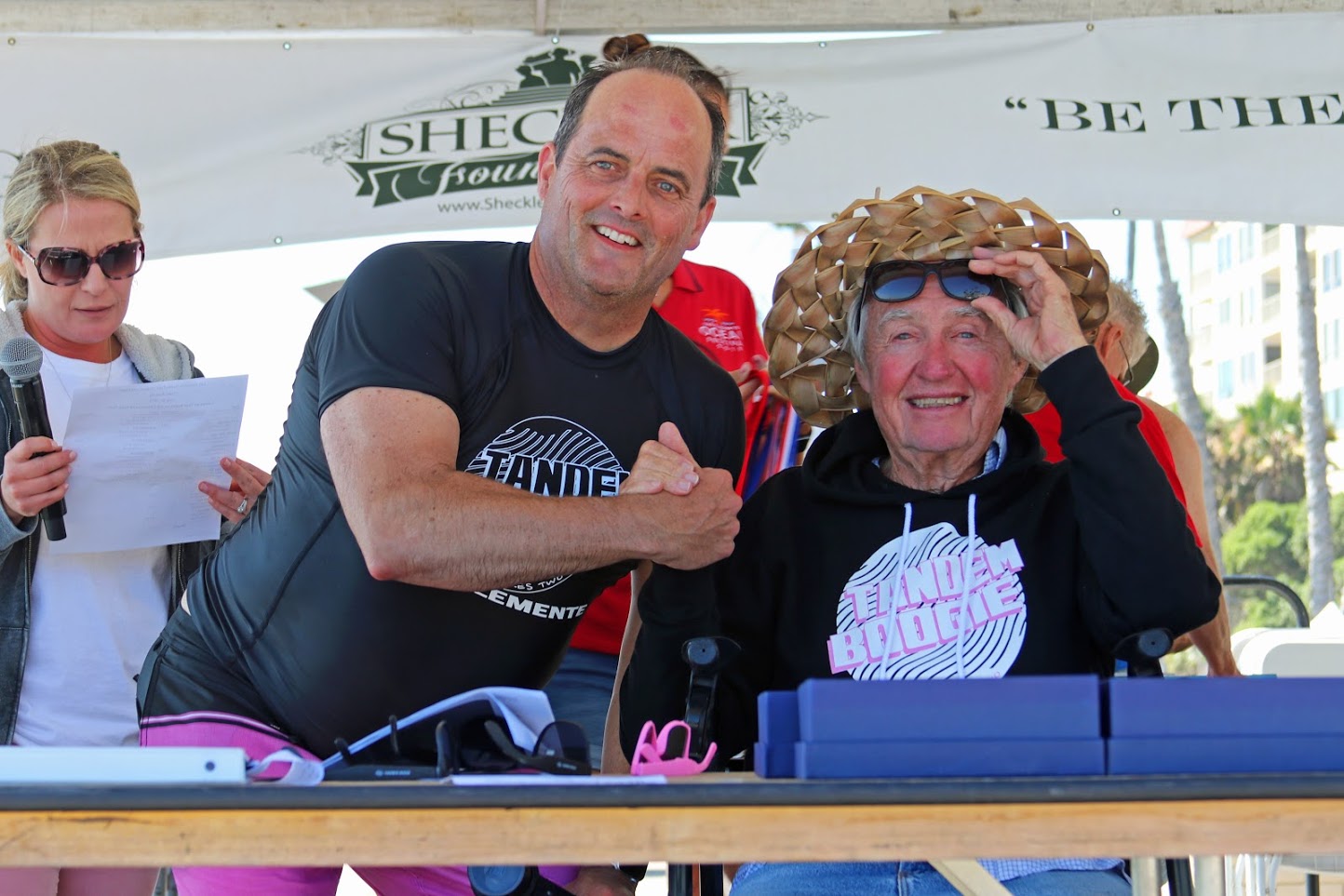 It’s not a stretch to say that in his 86 years on this planet, Tom Morey was responsible for turning more people onto the ocean than anyone who’s dared to call themselves a surfer.

Famously the inventor of the Boogie Board, Morey’s contributions to the sport, pastime and culture of wave-riding run deep. After a long period of waning health, he died peacefully on Thursday, Oct. 14.

Born in Detroit, Michigan, in 1935, Morey’s family landed in Laguna Beach toward the end of World War II. By 12 years old, he was riding surf mats and borrowed boards. Thankfully, the surfing bug bit Morey hard.

After receiving a bachelor’s degree in mathematics from USC, he took a job as an engineer at Douglas Aircraft Company in 1958. But by ’64, he quit the straight life and started Tom Morey Surfboards. A year later, he teamed up with San Diego shaper Karl Pope to form Morey-Pope Surfboards.

This eventually led to the Tom Morey Noseriding Contest, held in Ventura over the Fourth of July weekend in 1965. The first contest to offer prize money, it was won by Micky Muñoz, who beat Mike Hynson and Skip Frye to earn the $750 first-place check. The following year, the event was renamed the United States Professional Surfing Championships, and pro surfing was off to the races.

But always more of a creative thinker, Morey’s aha moment came on an ordinary day at Doheny in 1969. After watching a kid ride waves on a homemade, 4-foot board, the seed for what was to become the Boogie Board was planted.

“There was something like it at the time. This kid had something unique. I went up to him and said, ‘That’s a neat idea, but your shape’s all wrong,’ ” Morey later recalled.

After growing somewhat disenchanted with life on the mainland, Morey moved to Hawaii to surf, play music and invent.

It was on July 9, 1971, when Morey took an electric carving knife to a block of closed-cell polyethylene packing foam.

“There was no turning back at that point. Plus, I found that I could shape the foam using iron if I put a sheet of the Honolulu Advertiser down on it first,” Morey recalled.

After spending a day “shaping” this new craft, he was left with a 23-inch-wide, 4-foot, 6-inch plank with a square tail, a slightly rounded nose, and a sharp trailing edge. It weighed just over three pounds. Morey gave it a test at a spot called Honels on the Big Island.

“I could actually feel the wave through the board. On a surfboard, you’re not feeling the nuance of the wave, but with my creation, I could feel everything,” Morey said. “I was thinking, ‘It turns, it’s durable, it can be made cheaply, it’s lightweight, it’s sage. God, this could be a really big thing.’”

His instincts were correct. By year’s end, Morey had signed a deal with Larry Smith of G&S Surfboards. All they needed was a name.

Originally, they were going to call it the S.N.A.K.E., which stood for Side, Navel, Arm, Knee, Elbow, but quickly shifted to Morey Boogie. And because Morey was 37 years old at the time, he sold the board for $37.

Since then, the Boogie Board—or bodyboard as it’s more generally referred to these days—has allowed untold millions of people to experience the joys of riding waves. In 1999, Surfer magazine named Morey one of the 25 most influential surfers of all time.

A true legend of the sport and culture of surfing, Tom Morey may have exited our physical world, but his contributions to the high art of wave riding will continue to reverberate across the surfing universe for generations to come.