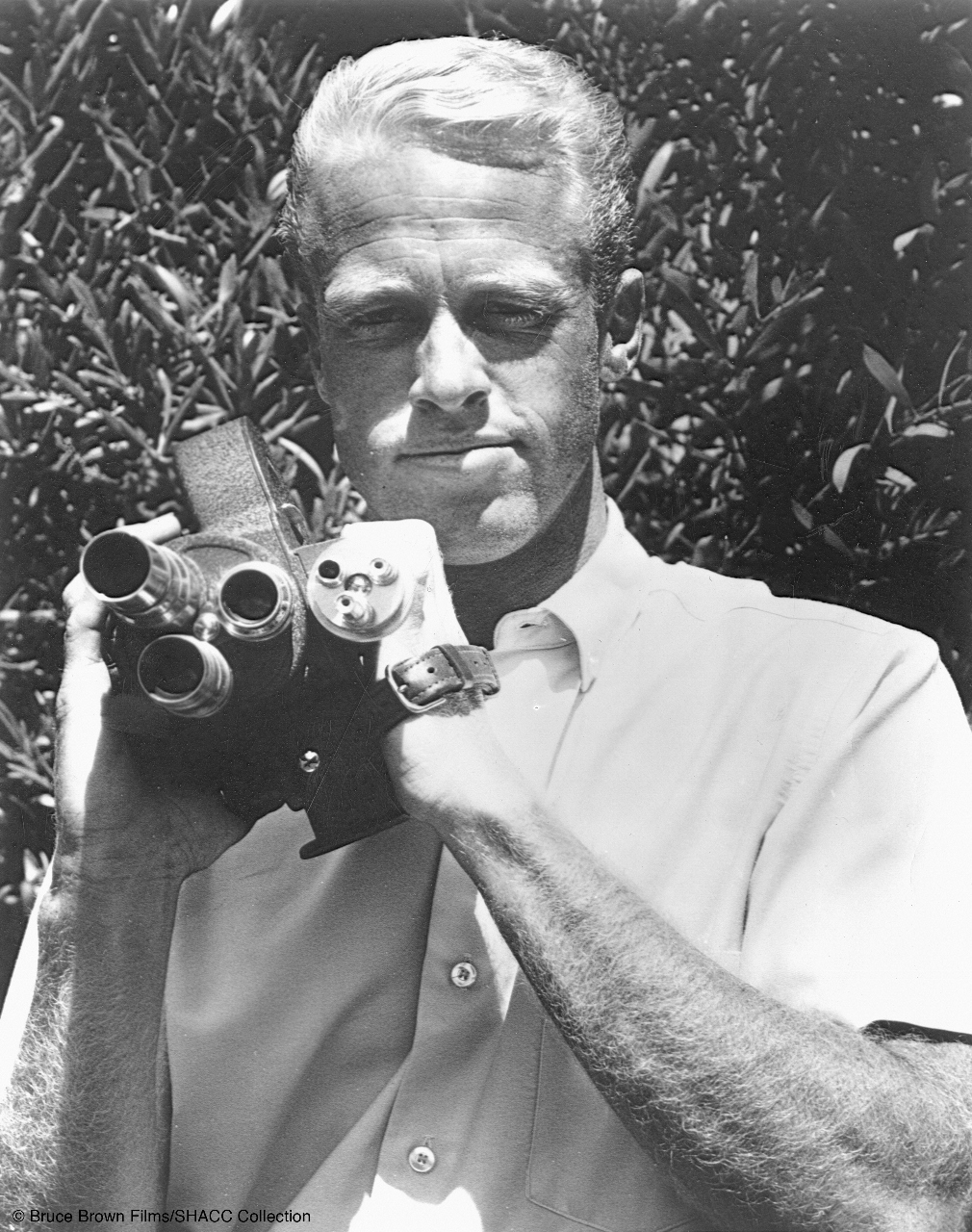 In Remembrance: Bruce Brown, Maker of ‘The Endless Summer,’ Passes Away at 80

In 1958, Bruce Brown landed in Dana Point after a stint in the Navy. While stationed in Hawaii, he’d spent much of his time surfing and shooting home movies of friends riding waves. With his service complete and being back in Orange County, he cut a crude, 90-minute “surf movie” together. Resident surfboard baron Dale Velzy let Brown show the movie in his shop in San Clemente for 25 cents a head.

“Surfing back then, in the ’50s and into the early ‘60s, everyone thought we were total losers. It’s like, you didn’t want to tell anybody you were a surfer,” Brown reflected in an interview with ESPN in 2013. “If you were in high school and you said you were a surfer, that was bad.”

It couldn’t have been all bad. Brown’s initial screening at Velzy’s was such a success that the shaper convinced the filmmaker to keep going. The next winter, Brown was back in Hawaii shooting his first official surf movie, Slippery When Wet, which debuted in 1958 at Orange Coast College in Costa Mesa. It was full-tilt boogie for Brown after that. He fired off a succession of other successful films, and by 1962 he’d begun work on his magnum opus, The Endless Summer.

A master of turning lemons into lemonade, Brown took a paltry $50,000 budget, set out with San Diego’s Mike Hynson and Seal Beach’s Robert August and made the most influential surf movie ever. The legend goes that The Endless Summer wasn’t originally intended to be an around-the-world adventure, but it was cheaper to hop around the globe than make specific trips to already popularized surf zones. Brown created the enticing narrative virtually out of thin air. That simple twist of fate led to surf discoveries in Africa, Australia, New Zealand, Tahiti and Hawaii, “home of the endless summer.”

Brown’s entertaining, somewhat sarcastic narration coupled with The Sandals’ timeless soundtrack and John Van Hamersveld’s iconic poster artwork proved to be the perfect storm. The Endless Summer wasn’t just an instant success in the burgeoning surf scene, it cut much deeper. Selling out theaters across the country, it helped shed the beach-blanket perception of the sport that Hollywood was perpetuating.

“What am I the proudest of with The Endless Summer? It showed people we weren’t losers…we were just adventurers, or whatever. We were really a maligned group of people before that,” Brown said.

The Endless Summer ran for 48 weeks in New York City, smashing national theater attendance records during its screening. Film critics labeled Brown “the Bergman of the boards” and “the Fellini of the foam.” It even transcended the Cold War when the U.S. State Department showed it at the Moscow Film Festival.

In 1971, Brown turned his lens on motorcycle riding, filming and producing On Any Sunday (largely shot in the sand dunes above Dana Point with his friend and actor Steve McQueen). The film was nominated for an Academy Award for Best Documentary in 1972.

Brown’s last major project came in 1994 with the release of The Endless Summer II. Produced alongside his son, Dana, the film stared a skipping Dana Point local named Pat O’Connell and Santa Cruz’s square-jawed Robert “Wingnut” Weaver as they reprised some of the locations shot in the original film and paid homage to a host of legends.

“You can’t tell how good a wave is until you ride it,” Brown once said.

Originally from San Francisco, Brown moved with his family to Long Beach when he was 11 and started surfing thereafter (these were the days before the Long Beach breakwater was built and swell actually got into the area). He eventually retired to a small ranch property in the Santa Barbara area.

Brown passed away on Dec. 10 of natural causes. He was reportedly comfortable and at peace. Like The Endless Summer, he now belongs to the ages. Now, it’s up to all of us to keep surfing, keep traveling, keep exploring and, most importantly, keep the dream of the endless summer burning bright.