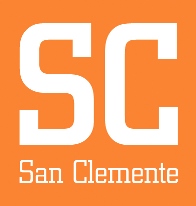 Public Watchdogs, an organization that has been advocating the removal of spent nuclear fuel at San Onofre Nuclear Generating Station and following activity of the now-shuttered plant, released a statement on July 19 asserting they believe the plant operators mishandled the steam generators that failed and ultimately caused the closure of the power plant.

Vinod Arora, a former Southern California Edison engineer, obtained documents from the Nuclear Regulatory Commission through a records request that he claims shows data that proves the power plant operators pushed the system past its capacity. Arora stated the failure of the generators is the fault of SONGS operators.

“Edison knew they were pushing San Onofre’s steam generators past the original design limit, but did it anyway for the sake of short term profits and to correct other design deficiencies as a result of SCE’s unverified analytical assumptions,” Arora stated in his press release. “SCE was forced to make those assumptions because of time pressures to deploy the generators quickly. As a result, SCE failed to perform the necessary research or ask the critical questions required to understand the impact of their design changes between the original and replacement steam generators. SCE successfully covered up the fact that it dodged a required NRC License review for safety.”

SCE has disputed the claims by Public Watchdogs, saying their information does not represent what happened to the generators in 2012, when a nuclear leak was caused and started the shutdown of SONGS in 2013.

“Southern California Edison is aware of the press release issued (July 19) regarding the San Onofre Nuclear Generating Station closure,” the statement read. “The press release relies on comments by a former San Onofre employee who is simply misinformed.

“As far back as September 2013, the Nuclear Regulatory Commission identified flaws in how Mitsubishi Heavy Industries (MHI) used its computer codes to design the failed steam generators at San Onofre. The commission further issued a ‘Notice of Non-Conformance’ against MHI for its flawed computer modeling in the failed design.”

The statement continues to say MHI did not accurately analyze the thermal hydraulic conditions in the steam generators, which caused the leak in 2012.

On July 27, the California State Lands Commission hosted a scoping meeting to discuss the creation of a draft environmental impact report for the offshore decommissioning. People may submit comments to what they think should be considered in the report to Cynthia Herzog, senior environmental scientist for CSLC, at 100 Howe Avenue, Suite 100-South, Sacramento, CA 95825 or ceqacomments@slc.ca.gov by Aug. 15.

For more information and to read the full statements from both SCE and Public Watchdogs, visit www.sanclementetimes.com.