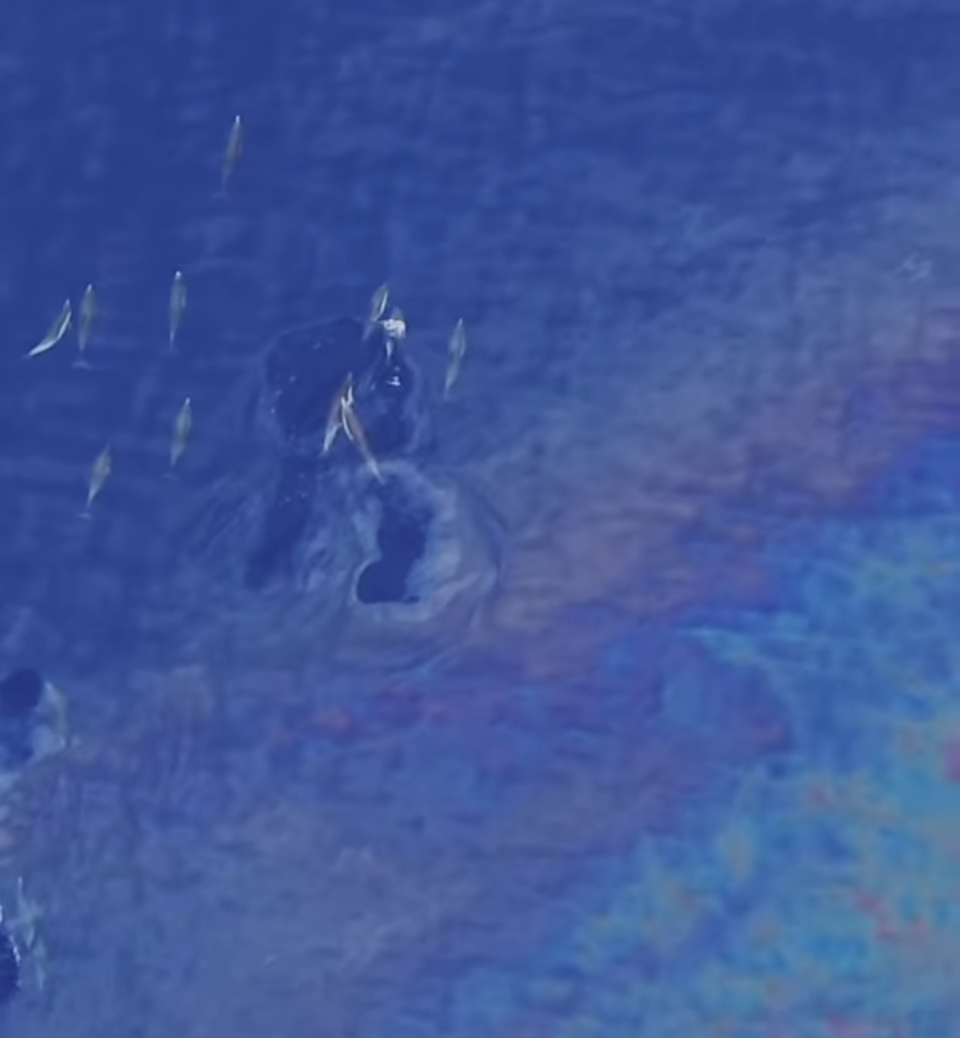 By Shawn Raymundo and Collin Breaux

A large oil spill reported off the coast of San Clemente Island this past weekend has most likely “dissipated,” according to the U.S Coast Guard, which stated on Wednesday, June 23, that it had not witnessed the apparent spill.

The captain of a San Diego-based whale watching boat told The San Diego Union-Tribune that he reported seeing the large oil slick about 12 nautical miles south of the island on Saturday, June 19, when he led an excursion with about a half-dozen passengers.

Domenic Biagini, owner of Gone Whale Watching San Diego, emphasized to the Union-Tribune that that the spill was “giant, it was a minimum of 50 miles.” The captain further recalled that he and passengers, for about 90 minutes, had to cover their faces with sweatshirts “because it was so toxic to breathe the air around us.”

Drone footage that Biagini posted to social media the following day shows a pod of dolphins swimming through the spill.

“This is the most tragic thing I’ve ever filmed,” he wrote on Instagram, later adding: “Tragic doesn’t begin to cover it. For more than 50 miles, the ocean was covered in a thick sheen of oil, a devastating tragedy for the environment.”

On Wednesday, Adam Stanton, Coast Guard public affairs specialist, acknowledged to San Clemente Times that they received reports of the spill, but as of today, no one from the USCG had spotted it.

“It most likely has dissipated, because it’s diesel fuel,” Stanton said.

According to Stanton, USCG contacted U.S. Navy officials, who confirmed that they hadn’t seen anything, either. A Coast Guard helicopter was dispatched, he said, but pilots didn’t see a spill. During another flyover Wednesday morning, he added, pilots still hadn’t seen a spill.

Denise Erkeneff of the Surfrider Foundation’s South Orange County chapter said Wednesday that the environmental nonprofit registers “strong concern” in calling on the authorities such as the Coast Guard to investigate the matter.