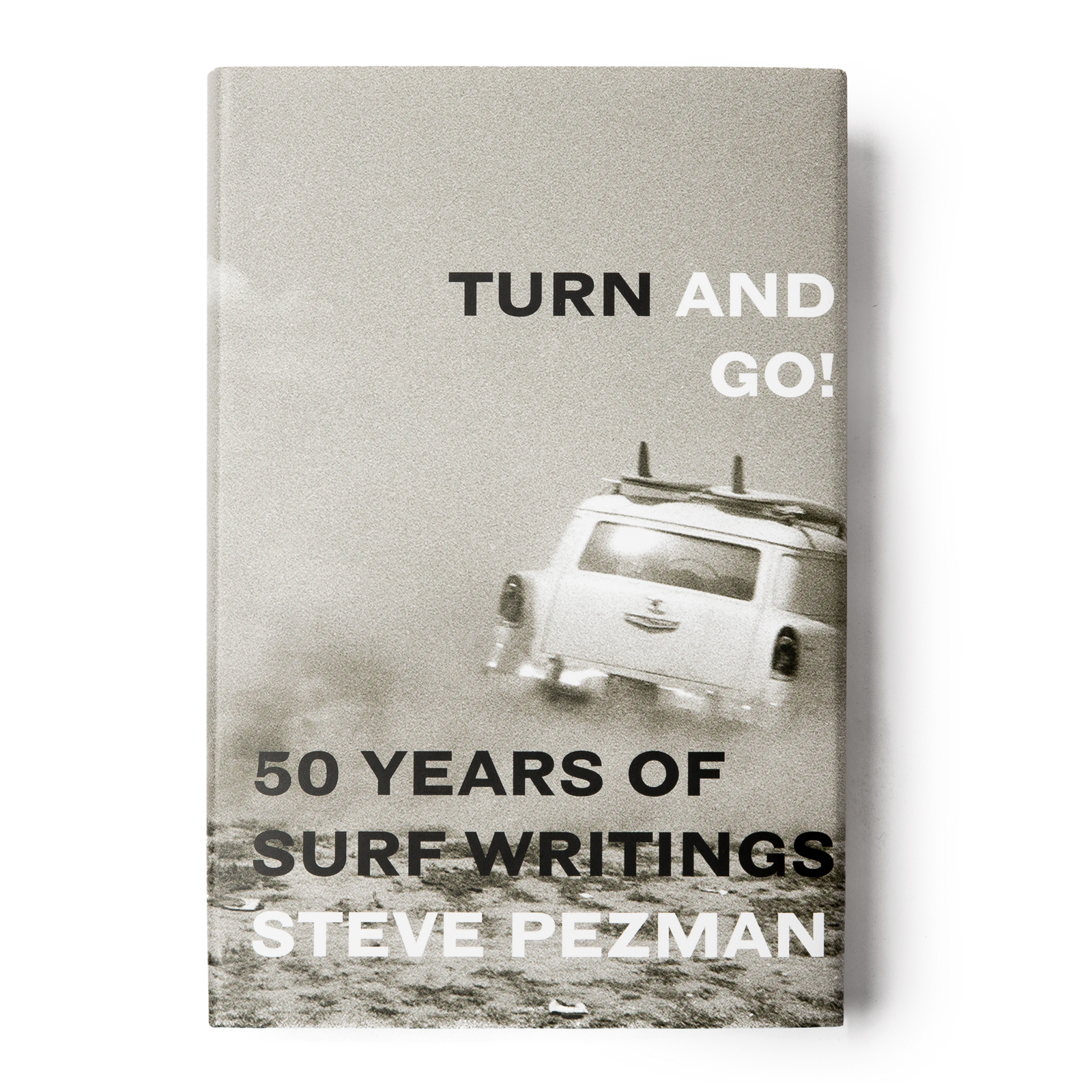 Steve Pezman’s new ‘Turn and Go!’ is a must-read for any surfer worth their salt

There are a lot of books about surfing out there. Some are good, some not so much. But one tome that should be on every surfer’s bookshelf is the recent release Turn and Go! 50 Years of Surf Writings, by Steve Pezman.

After more than a half-century of documenting the sport, culture and lifestyle of wave-riding, Pezman shares some of his favorite tales in his classic, gentle, thoughtful voice—and every single one is amazing. Comprised of various essays, interviews, profiles and other writings, every piece in the 332-page book comes straight from a man who’s spent his entire life in “surfing’s gravitational center.”

Pezman was born in Los Angeles in 1941 and began surfing around Long Beach while a student at Wilson High School in the late ’50s. It was during this time that Pezman also served as an ocean lifeguard in Seal Beach.

On a personal note, in ’97, I took a job working as a lifeguard in Seal Beach. Going through old black and white photos one day, I came upon a group shot with Pezman in it. Having just finished college with an English degree, my plan was to teach and coach water polo. Then, someone explained to me who Pezman was. That was it; my journey to become a surf writer began right then and there.

Pezman would spend the first half of the ’60s largely surfing the zone between the Seal Beach and Huntington piers. Falling into the highly influential surf scene of North Orange County, he’d spend time exploring the North Shore of Oahu and by the end of the decade had started submitting freelance articles about surfboard design and travel to International Surfing magazine.

In 1969, Surfer magazine founder John Severson hand-picked Pezman to take over as the editor of the publication. It would only last six months before he was promoted to the role of publisher—a position he would hold until ’91.

In ’92, Steve and Debbie Pezman decided to set out on their own and launch The Surfer’s Journal. A huge roll of the dice, they endeavored to create a publication that was reader-supported and spoke to the heart and soul of surfing.

Believing in their concept, and armed with a mailing list, a P.O. Box and a promise of a high-gloss, high-quality, no-nonsense surf mag, the couple took their chance and started paddling against the current.

“We had no idea it would work or what to expect,” recalled Pezman. “We’d go down to the post office every day and check the P.O. box to see if anyone was subscribing. It was pretty bleak at first. Then, one at a time, subscriptions started showing up, and that was enough to at least convince us somebody wanted this magazine.”

More than 30 years down the track, The Surfer’s Journal is a reader-supported beacon of inspiration for surfers everywhere. Focusing on the artists, travelers, craftspeople and eccentrics who make the sport so colorful, after the fall of Surfer, Surfing and Transworld magazines, The Surfer’s Journal stands as the premier surf magazine in print in America today.

It’s also one of the last print surf magazines in business, and for that, the surf world owes the Pezmans and their dedicated staff a huge gratitude.

All of these years of writing, editing and publishing are woven into Pezman’s new Turn and Go! Not only is the book an incredible, highly detailed firsthand accounting of our collective history, it’s also a full-on page-turner.

Pezman’s writing and voice are sensitive, humorous and always true to the core values of what it means to be a surfer.

Copies of the book are available at surfersjournal.com. A book-signing event with Pezman is scheduled for July 7 at the Surfing Heritage and Culture Center in San Clemente. Stay tuned for further details.

Grom of the Week: Satya Aguilar