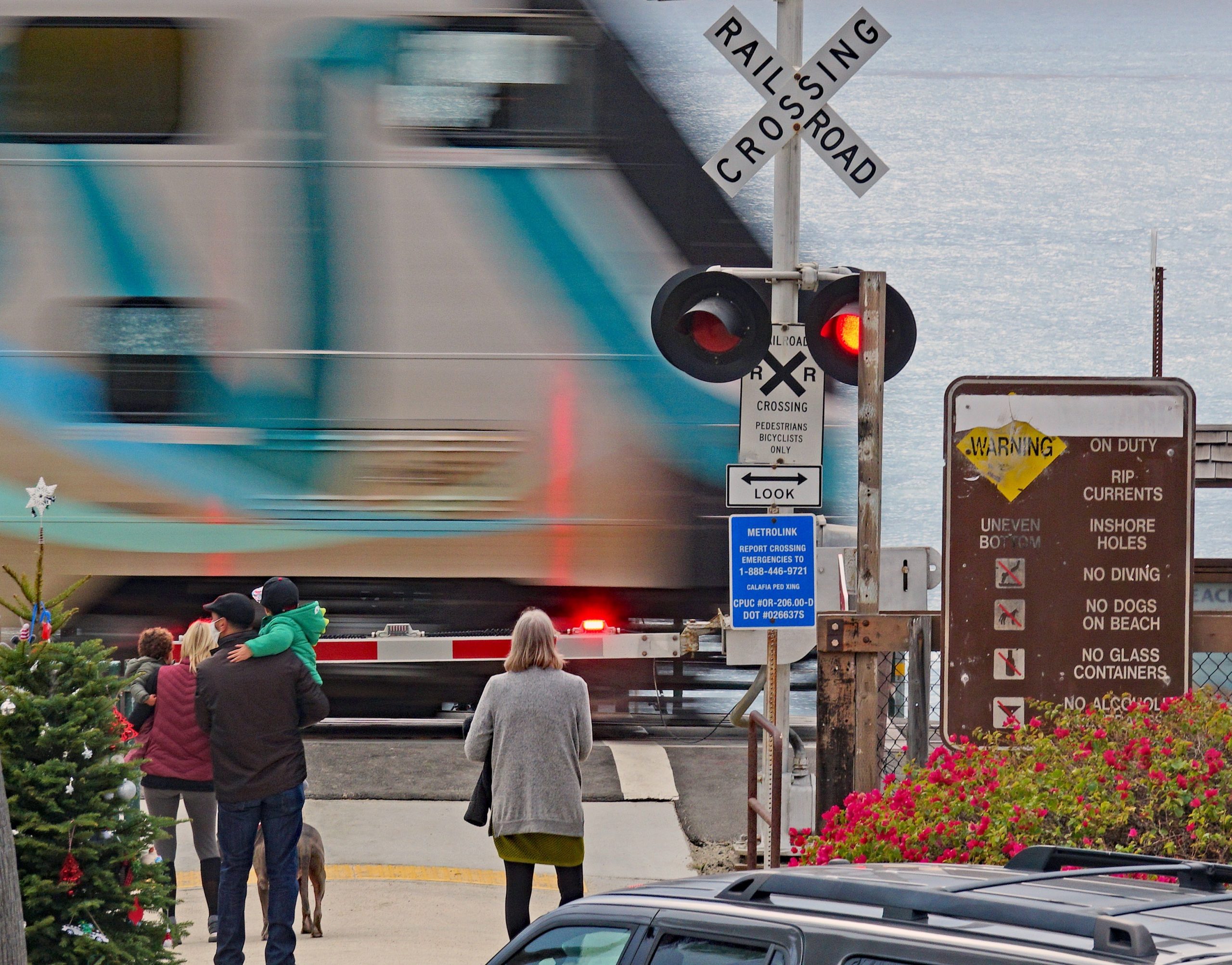 Residents suffering from restless nights as a result of locomotives blasting their horns throughout the early-morning hours are calling on federal regulators to renew a waiver intended to restore quiet zones in San Clemente along the train tracks and provide much sought-after relief to those within earshot of the railway.

As part of a public-comment period through March 19, the Federal Railroad Administration is asking residents to weigh in on the city’s request to renew the five-year waiver before its anticipated review and consideration by the agency’s Safety Board this spring.

The waiver, if approved, would allow the city to continue using its Pedestrian Audible Warning Systems (PAWS) for another five years, while also granting a reprieve from the requirement that locomotives sound their horns before approaching each pedestrian rail crossing in town.

“We encourage the residents to engage in this public comment process,” the city said in a press release. “The City is diligently working to have the waiver request considered by the FRA’s Safety Board in March, which immediately follows the closure of the 30-day public comment period.”

As of Tuesday, Feb. 23, the FRA had received nearly 20 comments from residents and Home Owners Association representatives, imploring the Safety Board to approve the city’s waiver and resume the quiet zones.

“Reinstate the no horn variance ASAP. I can’t sleep with them blowing all night!” one comment from a Thomas Lieblein read.

Many commenters expressed a desire to get a good night’s rest, echoing Lieblein’s complaint that they’ve been unable to sleep through the blaring train horns. Others had also raised questions about property values, as well as “quality of life” concerns.

“With the return of the horn blowing, walkers are again covering their ears from the shrill blast of the horns well before and at the seven crossings, as it is over the top and harmful to these family pedestrians, joggers, and bikers enjoying the environment of the trail,” wrote John Sullivan, president of the Reefgate HOA, comprising 72 homes above a pedestrian crossing at Corto Lane.

The public-comment period comes after the city’s PAWS passed a federal inspection at all seven train crossings along the Beach Trail last month, each of the alert systems exceeding the 80-decibel minimum sound level.

The city was first granted the five-year waiver to use the PAWS in lieu of a routine 112-decibel locomotive horn requirement in April 2015. However, this past November, the FRA’s Safety Board formally denied the city’s initial request for a waiver renewal after previous inspections had unveiled a handful of compliance issues.

According to the FRA, its inspectors last spring and summer found that the warning systems were operating below the 80-decibel minimum, also reporting that the city’s signage, emergency exit swing gates and the fencing to keep pedestrians away from the tracks were in poor condition.

Following the FRA denial, train conductors passing through San Clemente were required to resume sounding locomotive horns four times ahead of each crossing.

Since then, city officials have stressed that those issues have been addressed and repaired, as they’ve looked to resolve the dilemma with the FRA.

The FRA’s Safety Board meets quarterly, and last met in early January. According to the FRA, the Safety Board isn’t expected to issue a decision until late March.

Comments on the city’s waiver request can be made at regulations.gov.