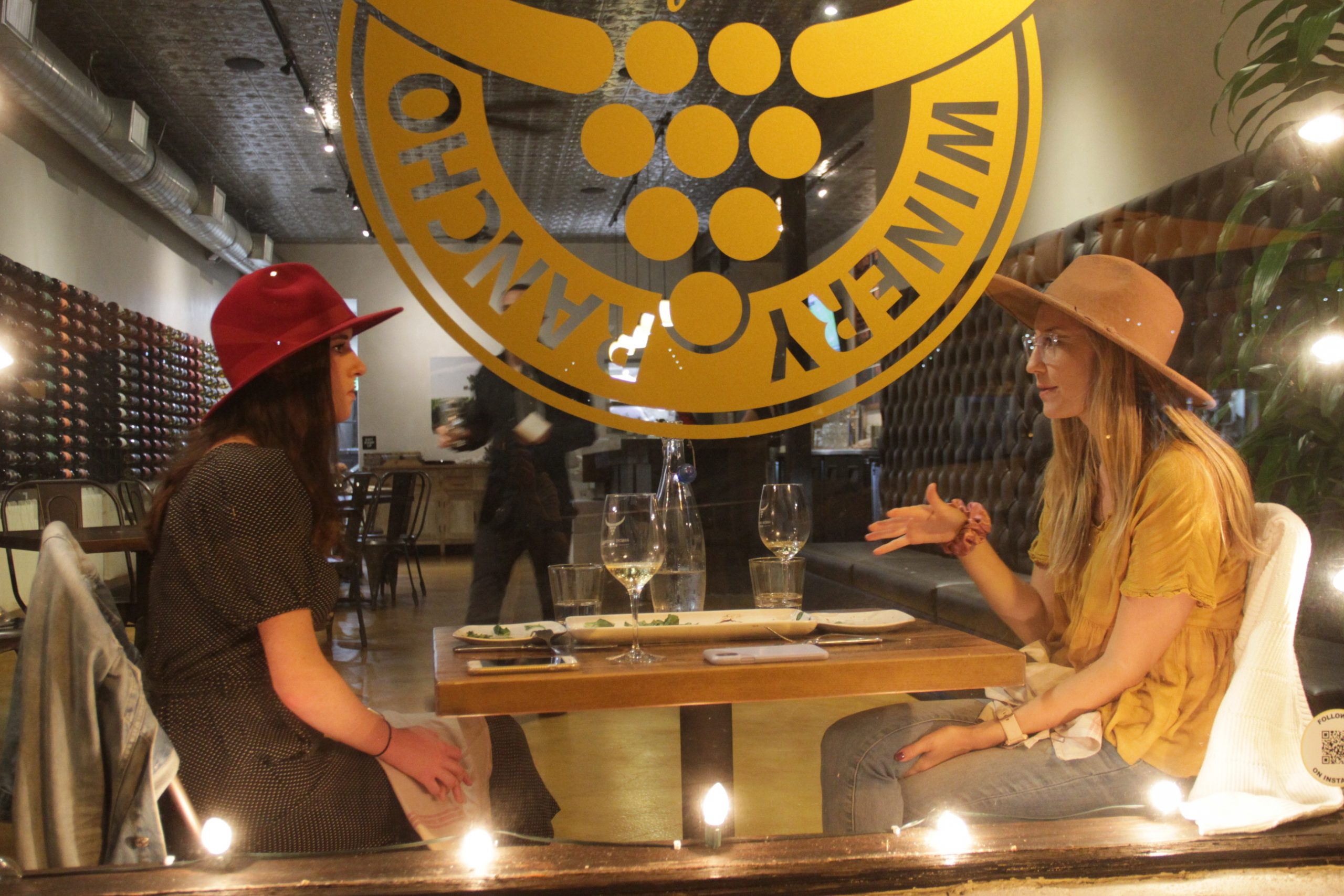 Following the county’s move last week from the purple to the red tier in the state’s color-coded, four-tier coronavirus tracking system, restaurants and a few other economic sectors in Orange County received clearance from the state to resume operations with modifications.

Some restaurants in San Clemente wasted no time getting their dining rooms set up for indoor seating—currently, the restriction is at 25% capacity—though some restaurant owners concede that most patrons still prefer to dine outside.

“Customers like sitting outside, and given that the whole COVID-19 thing isn’t exactly going to go away, I think a lot of people, if they’re going to go out, are going to want to sit outside,” said Kyle Franson, owner of Rancho Capistrano Winery in Downtown San Clemente.

Franson said the resumption of indoor operations will certainly help Rancho Capistrano on the weekends, when wait times for customers have been at least a half-hour.

“The outdoor thing has really saved us actually, and we’re actually operating in the black with the 30 seats we have outside, and this will help further, because there are times on a Friday, Saturday night where we’ll get a 30- to 40-minute wait,” he said. “People, I think, would prefer to sit outside, but right now, given the option, they’re going to take what they can get.”

Since early July, San Clemente restaurants have utilized the city’s business assistance initiative that has allowed establishments to expand outdoor dining operations, taking over portions of their own parking lots, as well as some public parking spaces and sidewalks.

As Franson noted, outdoor dining has helped keep restaurants operating at a time when they had been ordered to cease all indoor services because of the surge in coronavirus cases over the summer.

The increase in cases prompted the state to direct restaurants, movie theaters, entertainment centers, museums, cardrooms, wineries and zoos to close all indoor operations, and transition outdoors, if possible.

Under the red tier, which is considered the substantial tier and one risk level below the purple or widespread tier, restaurants could operate indoors at 25% capacity or 100 people (whichever is less). Also, indoor services for hair salons, barbershops and nail salons; and indoor operations for gyms and fitness facilities, with a capacity limited to 10%, have been allowed to resume.

For those who still prefer to sit outside, Franson and other restaurant owners and managers noted, the decision is twofold. While some customers are still hesitant to publicly dine inside a restaurant during the pandemic, others are simply preferring to enjoy the weather outside.

“As the weather gets cooler, more and more people are going to want to sit inside; we’re looking for ways to heat the outdoors,” said Franson, acknowledging that restaurants have been making significant investments in their outdoor dining concepts.

Maya Garcia, manager of Café Calypso, which features a large outdoor patio in the courtyard at the entrance, similarly stated that the dining room is most often used in the winter months. The dining room was reopened last week, but Garcia doesn’t expect it be utilized substantially until it gets colder.

Though the move to partially resume indoor services can be appealing for restaurants looking to stay profitable during the health crisis, Sonny’s Pizza & Pasta operator Julie Ragenovich would prefer to wait until the county is in the orange tier—or moderate risk level—when restaurants can have 50% indoor operations.

“Hopefully, we can increase that eventually to 50% inside, but it’s just been hard going back and forth constantly,” Ragenovich said of the state’s response to the virus. She later added, “Hopefully, we can do a little more, possibly more than 25%, especially in the winter. In summer, it doesn’t matter especially, because it’s nice out; people prefer to sit outside.”

Ragenovich said when it gets colder, Sonny’s won’t be operating its outdoor services in the parking lot, as it has been doing.

“We won’t be doing the parking lot, because I don’t want waitresses walking through in the rain, or the wind,” she said.

At Sonny’s, 25% capacity inside just isn’t feasible, Ragenovich said, noting that using a quarter of the dining room would give the restaurant only three to four tables. For now, the restaurant is continuing with its takeout and outdoor dining services.

“It’s been very positive. Everyone loves eating outside,” she said, before also noting: “I think people feel safer outdoors.”

Despite the setbacks, particularly experienced by restaurants this summer, Ragenovich is remaining hopeful that better things are to come in the New Year, just a few months away. “Hopefully, the madness will end soon,” she said. “I want to say goodbye to 2020 as soon as possible.”