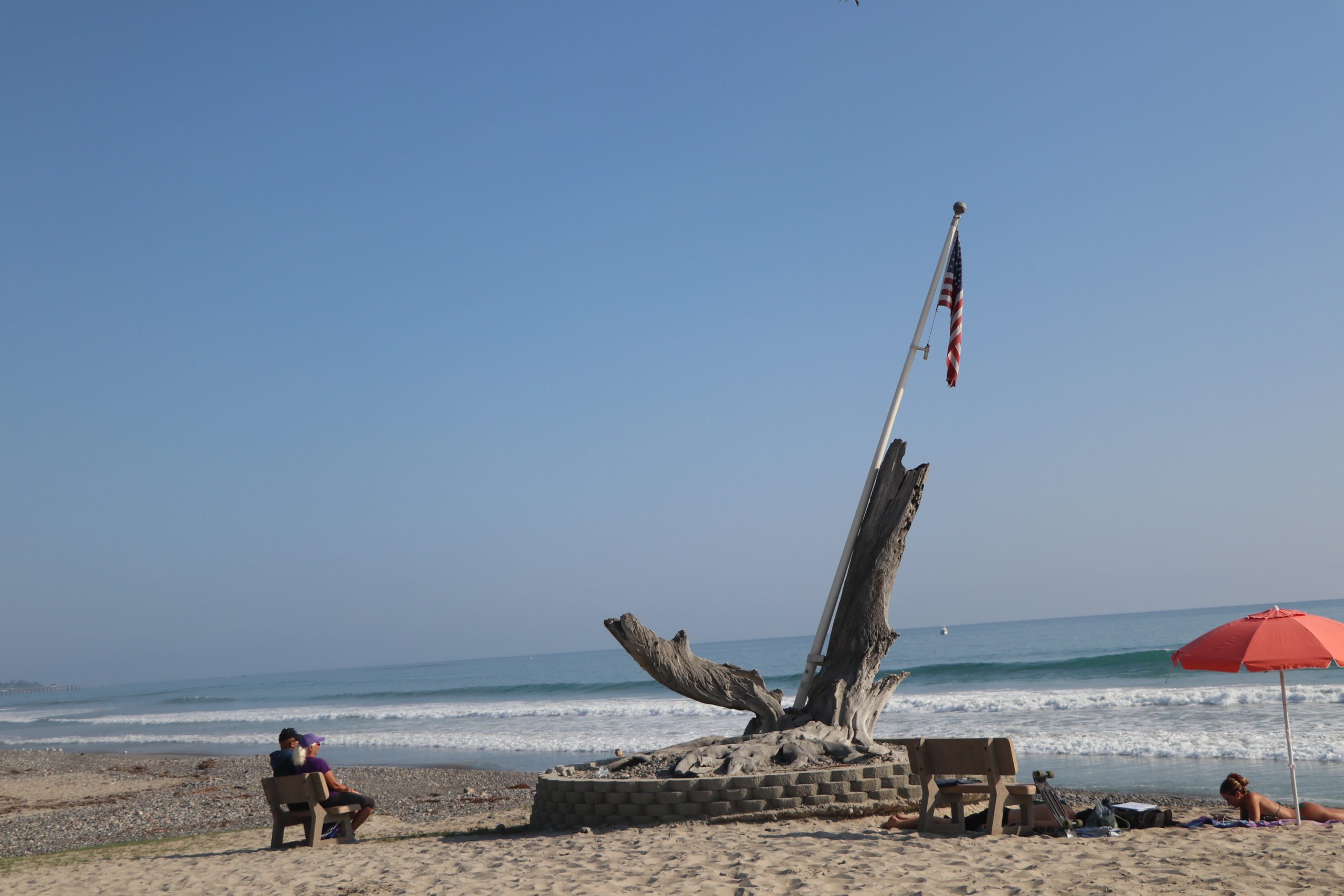 Featured Photo: The American Flag at Poche Beach was initially raised 20 years ago, shortly after the events of Sept. 11, 2001.  Photo: Shawn Raymundo

Hart was serving in the Navy as an intelligence officer at the time and started off the day working in his office in Arlington, Virginia, as usual. There was nothing unusual yet about the date.

“The day started in Arlington, like it did in New York City,” said Hart, who has since retired from the Navy and is now a San Juan Capistrano councilmember. “It was a pleasant day—not a cloud in the sky.”

That was not to remain.

Hart was soon told about the initial attacks on the World Trade Center—he didn’t have a television in his office, because the room was new and hadn’t yet been cleared for one by the National Security Agency.

Hart turned to the guy next to him and said he was surprised the attackers hadn’t gotten to the Pentagon.

It was while processing paperwork for his job that he then heard a sound that resembled that of a car crash—as Hart remembers it, the loudest one you could ever hear.

Hart remembers seeing smoke and other servicemembers looking at him. An alarm began sounding. A second airplane—American Airlines Flight 77—was deliberately flown into the Pentagon.

Hart and others were ordered to evacuate, so they headed to the parking lot and under a nearby interstate highway, where personnel regrouped. He lost 14 friends that morning.

“I didn’t know how close I had come to being killed,” Hart said. “I saw all the people I was going to meet with were killed.”

Hart was eventually able to contact his boss, then-wife, and others to check in. The next day, he went back to his office while accompanied by an FBI officer to retrieve the intelligence in his office.

Whenever Hart is back around the Pentagon in Arlington, he visits the 9/11 memorial there to remember those killed. He eventually got to know the families of the friends he lost.

Asked for what’s on his mind now during the 20th anniversary of the attacks, Hart brought up the recent withdrawal from Afghanistan—which he declined to comment on at length, out of respect for his military colleagues.

Hart did say while it might be easier to claim America should not have gone there in the first place, he remembers the mood after 9/11 and initial disappointment when Osama bin Laden wasn’t captured right away.

“I wish we had a different result in Afghanistan,” Hart said.