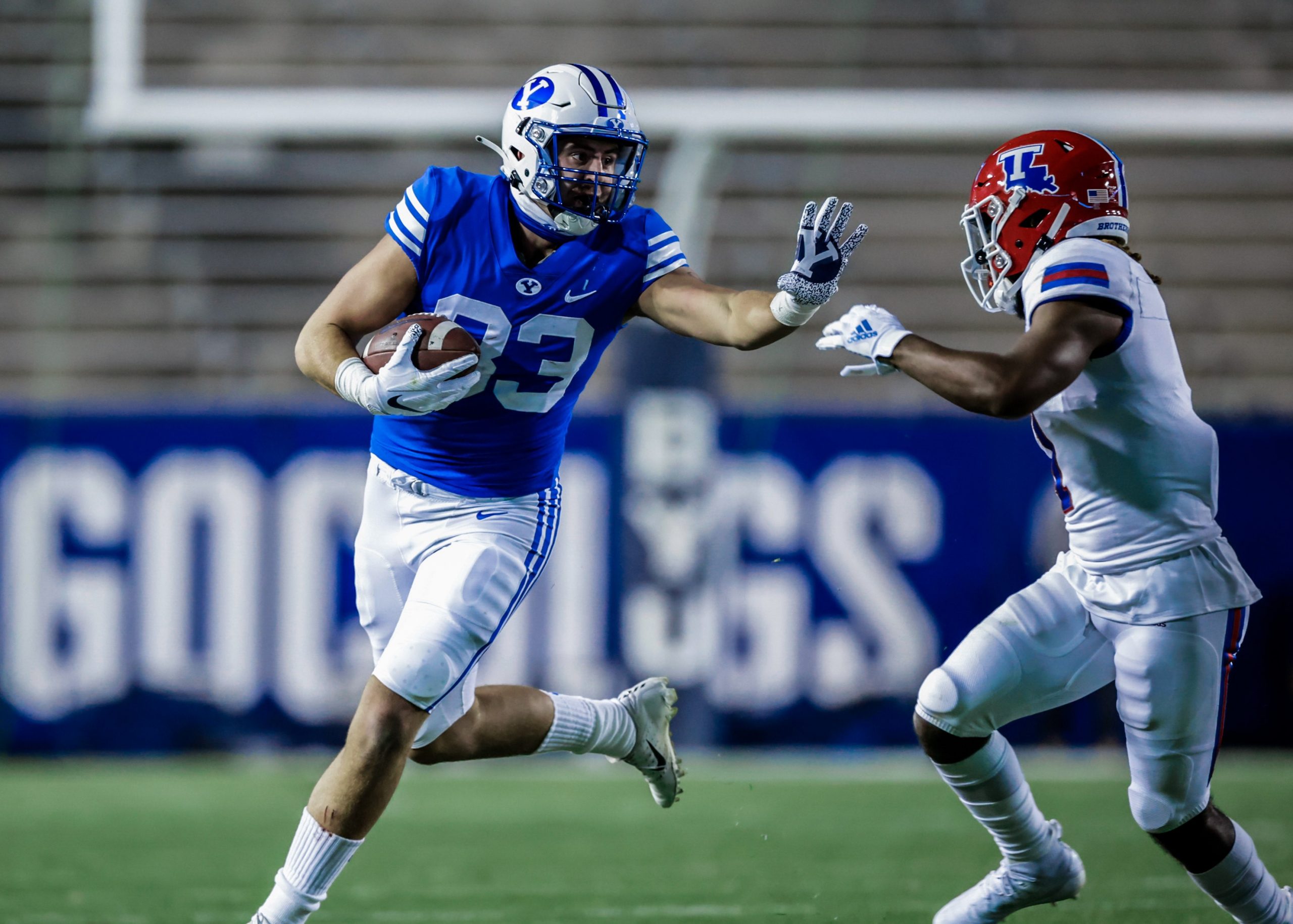 The anticipated ranked showdown between San Clemente High School graduates was taken away by an early injury to Boise State quarterback Jack Sears, but BYU tight end Isaac Rex and the No. 9 Cougars pushed on with a 22-point third quarter en route to a 51-17 romp over the No. 21 Broncos on Friday, Nov. 6.

On the second drive of the game, Sears, an early 2016 SCHS graduate making his second start for Boise State, took a hit to the head on a quarterback sneak and came off the field to be examined. Sears did not return to the game. Boise State coach Bryan Harsin said on Sunday, Nov. 8, that he was “hopeful” Sears would be back for the next game.

On the other side, Rex, a 2017 SCHS graduate, was instrumental in pushing BYU far out ahead in the third quarter. Rex caught 5-yard and 20-yard touchdown passes as the Cougars began to dominate Boise State. He finished with five receptions for 45 yards and two TDs. Boise State linebacker Riley Whimpey, a 2015 SCHS graduate, led the Broncos with nine total tackles.