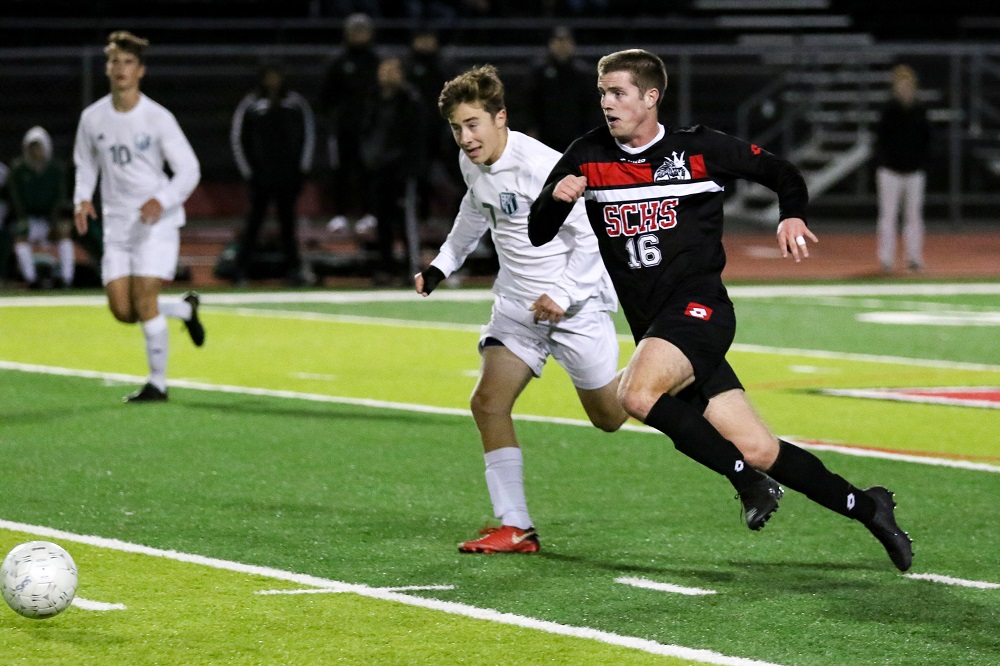 On Saturday, Feb. 16, San Clemente boys soccer avoided its fate from a year ago and earned the opportunity for revenge against last season’s ouster on the biggest stage.

Four minutes into a second period of overtime, Quinn Richards leaped over a fallen defender to control a short header from Liam Linus and poked the ball past a diving Edison goalkeeper for the golden goal that clinched a 3-2 semifinal victory at San Clemente High, sending the Tritons to the CIF-SS Division 1 championship. A long cross from Koosha Jadbabaei set up the winning goal.

Watch Quinn Richards finish it vs. Edison off an assist from Liam Linas sending our Tritons to the CIF Championship next Saturday!! pic.twitter.com/rBODECicEE

San Clemente, ranked No. 5 nationally by USA Today, will play in its fourth Division 1 title game in the past nine seasons and first since 2014 on Saturday, Feb. 23 at 4 p.m. at Warren High School in Downey. The Tritons will take on Cathedral of Los Angeles, which beat Mater Dei in the other semifinal.

Tickets can be purchased at the gate or ahead of time online at gofan.co/app/events/50927. General admission is $12, while students and children 5-13 years old are $5.

Cathedral, the No. 2 seed and ranked No. 9 nationally, defeated San Clemente in the eighth round of penalty kicks in last season’s Division 1 semifinal. The Phantoms also beat the Tritons earlier this season at San Clemente, 2-1, in the Lotto Sport Showcase.

The Tritons’ admission to the Final didn’t come as easily as the previous three playoff games or their undefeated eight-game run through the South Coast League.

San Clemente hadn’t allowed a goal in the playoffs until Edison struck first in the 23rd minute, but the Tritons responded 10 minutes later on a laser off the foot of Daniel Tuscano.

Edison took the lead again with four minutes remaining in the first half, but San Clemente leveled swiftly as Nelson Tabarez converted an assist from Richards just before halftime for a 2-2 score.

San Clemente controlled play for the rest of the game but avoided disaster in the first overtime period when an Edison shot hit the underside of the crossbar. The Tritons survived until Richards’ 94th-minute strike sent them onward.