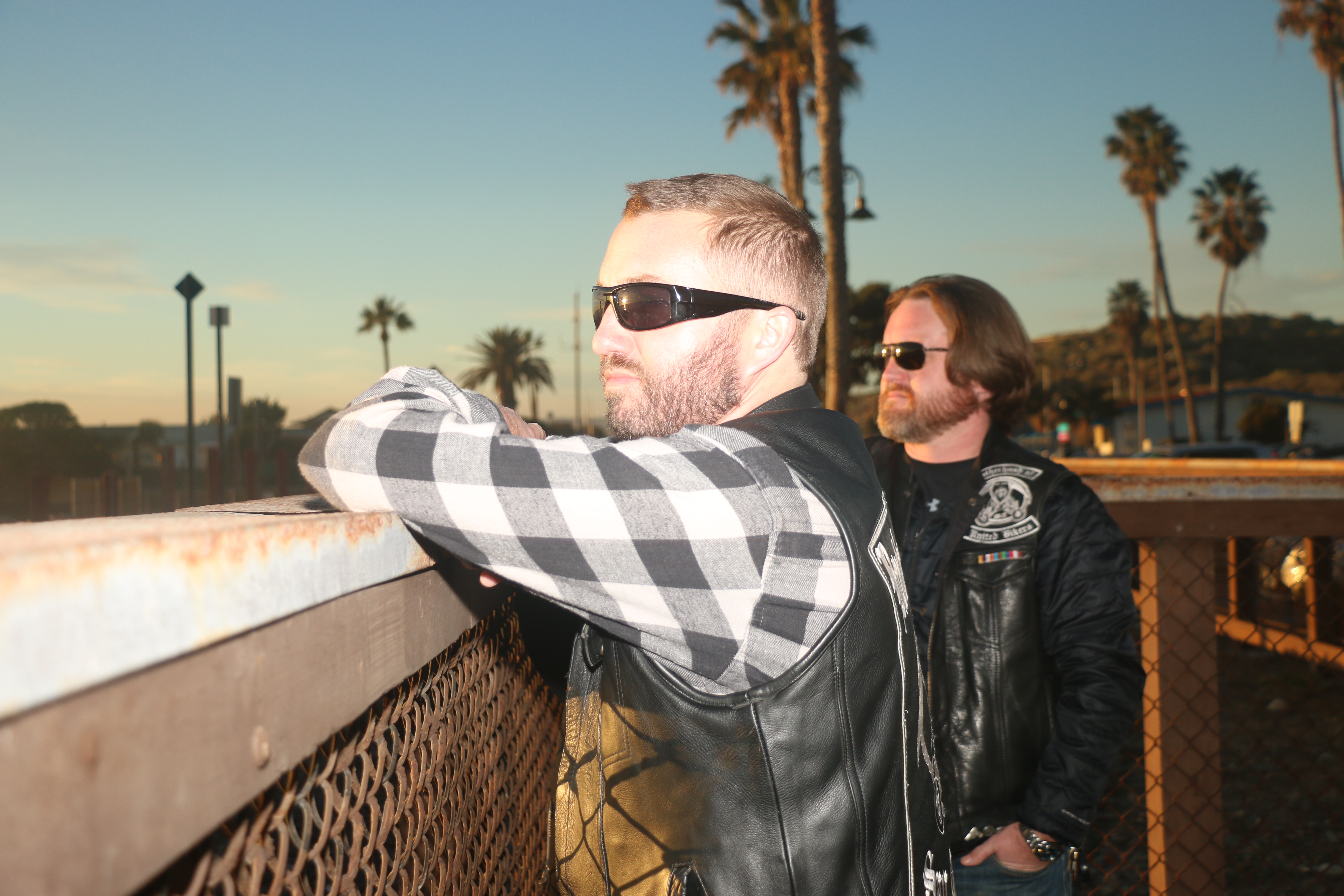 Ride of a Lifetime: Motorcycle Club Help Those in Recovery

Seeing the asphalt passing rapidly underneath the steel frame of his motorcycle is therapeutic for Cipher.

He described it as being similar to the waves passing under his surfboard when he was younger, but now he finds new adventure with the help of some friends.

“There’s something about it that’s akin to surfing when I’m riding my bike, and there’s no floor of the car, and it’s similar to surfing over the tops of the reefs,” he said.

As he recovered from substance dependency, an activity that reminded him of childhood and youth helped him relax and focus on staying clean, he said.

Brotherhood of United Bikers Motorcycle Club-San Clemente is designed to include anyone who is looking to find solutions to their problems brought on by the struggles of alcohol or drug abuse. Prospective members must prove they have remained sober for at least three months before they can be considered.

The names of the men quoted in this article have been kept anonymous because they are still part of the 12-step program, which protects members’ identities. “Rabbit” is the club’s Sgt. at Arms, “Cipher” the secretary, “Nugget” the vice president and “Reverend” serves as president.

“For me there are times when you do everything you can to (stay sober) to the best of your ability, but things come up and times get bad,” said Reverend, who has been sober since March 25, 2013. “There have been times in my life where the only thing that kept me sober was my commitment to this club.”

Although the main chapter of Brotherhood of Bikers began in 2005 in New York, the San Clemente chapter was founded in 2013. The San Clemente bikers had to prove to other affiliations they were serious about recovery and not just a biker group in the traditional, social sense.

Reverend said members who fail to stay sober are stripped of their symbolic patch. The patch is recognized by bikers throughout the nation as a way to indicate their dedication to a new lifestyle.

For more information about the Brotherhood of United Bikers Motorcycle Club-San Clemente, visit www.bubmc.org. The club is international and has chapters from the East Coast to Australia.[/box]

“It’s mainly a way to show that you can still have fun in sobriety,” Nugget said. “A lot of people get sober and they think they won’t have fun anymore, but we started this club … to show people it’s possible to live a fulfilling life in sobriety.”

The former San Clemente president connected with the mother chapter in New York, but members said it was more difficult to start their club than they originally thought.

“It was going through a lot of hoops to get an MC patch to get recognized by other bikers in the community,” Nugget said. “If you don’t have these patches, you’re basically a riding club.”

The other clubs affiliated with Brotherhood of United Bikers Motorcycle Club in the Southern California region had to vote unanimously for the San Clemente chapter to be recognized and members had to attend certain events hosted by the clubs.

Reverend said he made the choice to get sober after repeated incidents of ending up in hospitals from drinking alcohol too much. He said these health-related issues motivated him.

“For me it was jail and trying to keep my family together,” Nugget said.

Rabbit said he had a series of issues that made him want to seek something more constructive than alcohol in his life.

“(The club) has been kind of a safe haven for me,” Rabbit said. “All the people who I associated with were drinkers and some of them did drugs. But when I started riding with these guys, I had something better to do. On the weekends we go to meetings together, have breakfast, go out on rides and it’s just been a really positive thing.”

Cipher also said because of his excessive drinking he had strained relationships and served jail time. He said he used to ride Japanese sports bikes for years before deciding to ride the more mellow hog bikes.

Riding together gives them a sense of belonging, Rabbit said, and like any club it comes with its benefits.

“It’s the fraternity of it,” Cipher said. “When you break down in a car, you’re going to wait for AAA; you break down on a motorcycle, chances are someone’s going to stop and help you—especially if you’re wearing a patch. It’s that sense of being a part of something, even though the motorcyclist is trying to get away from something else.”

Nugget said he had ridden motorcycles for some time but hadn’t done it seriously until he met people through the 12-step program.

Reverend recently came back from a 9,000-mile ride across the country.

“I’ve been riding about 13 years, always riding by myself,” Reverend said. “I came across a member at a 12-step meeting and I had never been interested in clubs before because … we weren’t going down the same path. But when I ran into a sober club, I was all for it. I like going into an event and people may not know your name but they’re happy to see you. You’re like a brother to them, especially in the motorcycle clubs.”

The additional attention required to handle a motorcycle safely helps focus the rider and leaves all other thoughts in the rearview mirror, Rabbit said.

“I had no idea until I started riding, but as soon as I joined the club everyone is waving at you and acknowledging you,” he said. “It’s the feeling of being on a motorcycle. Whether I’m happy or stressed out, it’s always good to get on the bike.

“Life just gets put on the backburner for a while,” Rabbit said.

The club also helps in social situations where there may be alcohol but club members support each other not to indulge.

“I personally just don’t like being around people,” Reverend said. “So for me, this has helped me become a more functioning person in society instead of sitting around in my own house.”

For those who are in similar situations but want to join, Reverend said it doesn’t matter what they ride—they shouldn’t be intimidated and are welcome to come ride with the organization.

“We don’t exclude people, and they can make their choice if they are interested in being a prospect,” he said. “It’s a lot easier than it seems.”

The motorcycle club also hopes to do more charity and volunteer events in the future, but that’s still in the works.

“We did the autism ride, some kitchen work at Our Lady of Fatima Catholic Church,” Nugget said.

The club also raised money for Our Lady of Fatima Church and intends to help Laura’s House in San Clemente in the future, so they could buy equipment. The bikers also co-sponsored a barbecue for 12-step programs in Irvine.

Editor’s note: Since the article published in the Jan. 21-27 print edition of San Clemente Times, the charities to which Brotherhood of United Bikes-San Clemente have been changed to accurately reflect the groups’ efforts.