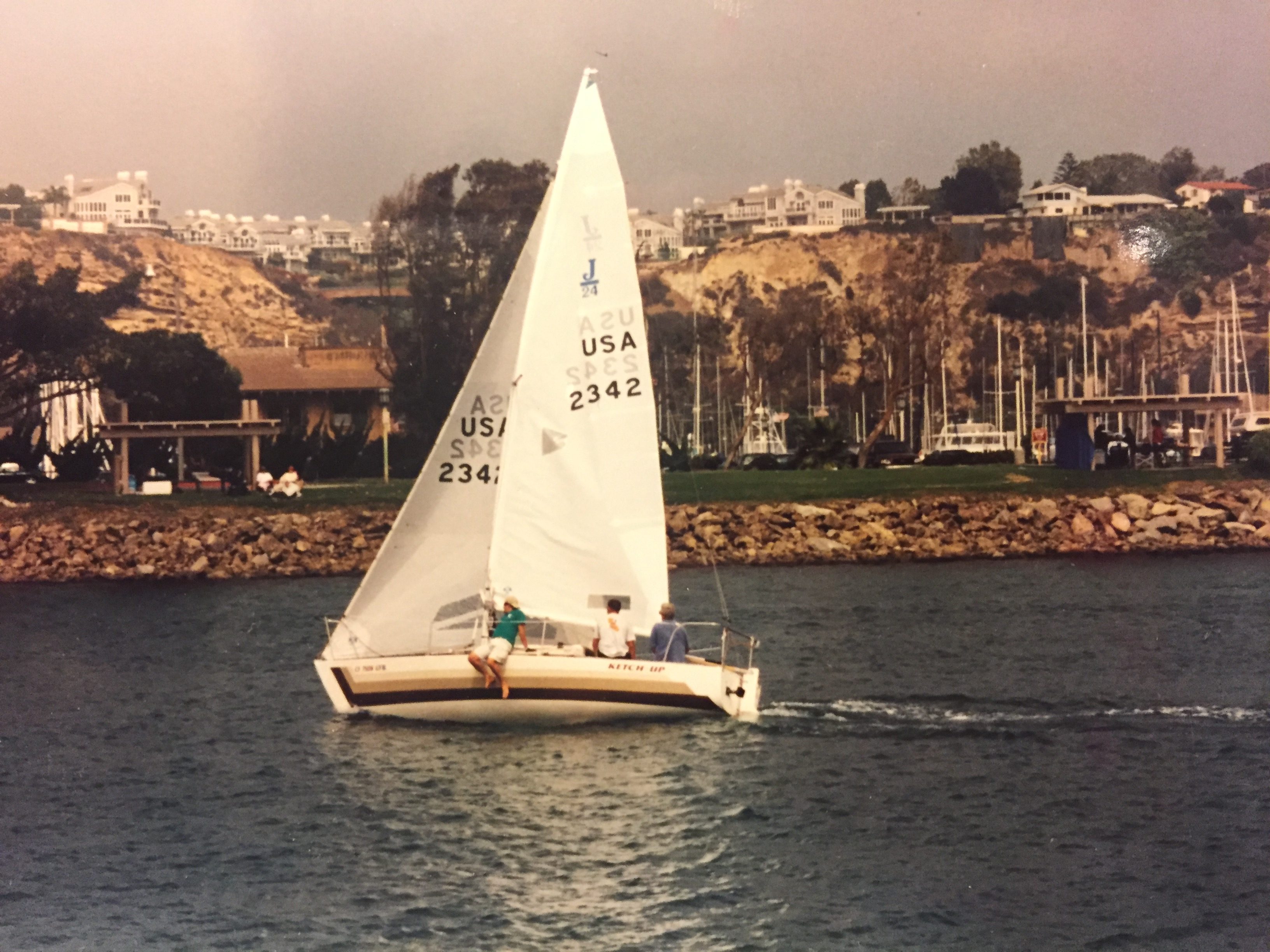 There’s a long, colorful history of Dana Point surfers falling in love with sailboats. It goes back to Phil Edwards building an outrigger on the sand at Capo Beach, which led to Hobie Alter and Wayne Shafer innovating the Hobie Cat shortly thereafter, and so on and so forth. The tradition continues to this day and is maybe most visible during the weekly 2 p.m. Thursday sailboat races.

A few days before Christmas, Salt Creek surfer Tim Hines and his father, Emmett, who lives in San Clemente, were out racing their 27-foot boat, Island Breeze. The surf was up, the wind was down, and by all accounts it was a nice day to be on the water whether you were a sailor or a surfer.

“The waves were pretty big, but there was not a lot of wind,” Tim Hines told the San Clemente Times. “We were sailing up to the red whistle buoy, the one with all the seals on it, and since the wind was really light, we decided to sail closer to the jetty and the breakwater.”

Some decisions can only be explained as fortuitous. While the other boats took a different tack, Tim and Emmett opted to search out another line that might provide them with more wind.

In an instant, their day on the water turned from a friendly race to a life-and-death struggle.

“We took down the front sail of the boat, and I got out my binoculars and started looking around. I thought maybe somebody was stuck on the rocks at the top of the headland at Dana Point, but I couldn’t see anyone. Then I noticed a head of a kid bobbing in the water, kind of by where the lobster traps are,” Hines said. “I could hardly see him, his head was like the size of a coconut, and we literally thought the noises were coming from the beach. But there was this kid out there that kept yelling that he was sinking.”

Springing into action, Tim and Emmett pulled down the remaining sails of the boat, flipped on the motor and began to initiate a rescue.

“Basically, we motored over to where he was, whipped the boat into the wind, threw down the swim step of the boat, and I was able to pull the guy onto the swim step and onboard. He started throwing up all over the boat,” Hines said. “We asked him what he was doing out here, and he said he was trying to swim to the boats. He had no wetsuit, just swim trunks and a rash guard on. He explained how he’d gotten pulled out to the open water from Dana Strands in a rip current and was trying to swim out to the boats because he couldn’t get back in. The way the current was going, it pulled him all the way around the point to the other side.”

Had Tim and Emmett not been in the right place at the right time, this story would have had a much more tragic ending for the swimmer who identified himself as a 16-year-old from Irvine.

Fortunately, the story had a happy ending.

“If we would have turned around before and not known, gosh, I’m just glad we were able to get him, because it was a real bad situation,” a relieved Hines said.