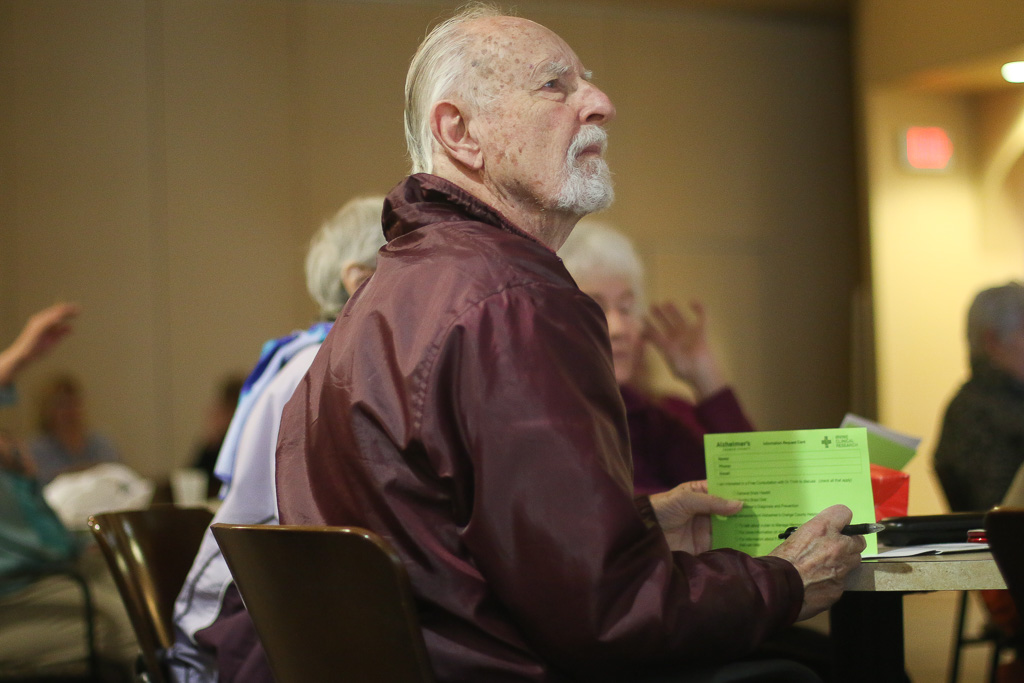 ‘Is This Right for Me?’ Seniors Contemplate Use of Cannabis Products

It’s had such a crippling stigma attached to it for years that talking about cannabis still evokes a cautious response in many people.

Just in the past few years, California legalized recreational marijuana, the Farm Bill was passed allowing for the cultivation of hemp, and more people have started using or studying products such as a CBD oil, a cannabinoid that can be used for calming purposes.

Dr. Dung Trinh, chief medical officer at Irvine Clinical Research, said he grew up in a fairly conservative family household, and cannabis was never part of his life. He said he doesn’t use the substances that come from the various plants—hemp, marijuana and cannabis—but he said the science that’s come out in the past few years has compelled him to examine alternatives for people who may want to ease their joints and more.

This new wave of acceptance for cannabis has swelled from the aftershocks of the opioid epidemic, and the pharmaceutical and cannabis industries are about to run right into each other, Trinh said.

More than 50 people craned their necks to listen in during a presentation Trinh gave at the Dorothy Visser Senior Center on Thursday, Feb. 28.

The title of his speech was “Medical Cannabis: Promoting Health without Creating Potheads.”

What do you think?

Although about half the people in attendance at the meeting raised their hands when asked if they’d used some kind of cannabis product or are current users, many of those who didn’t raise their hands still seemed curious but for one burning question:

Is this right for me?

Keith Leaburn, 86, said he’s always respected Western medicine and that he’s curious about the properties of cannabis, but he’s still skeptical. The whole thing kind of seemed like “snake oil” to him at first, and he wanted an expert opinion on it, so he attended the meeting at the senior center.

“Medical marijuana is coming more and more into the fore,” Leaburn said. “I’m an old guy and don’t really know what’s happening in the outside world. My niece’s boyfriend is peddling the stuff in liquid form, and he’s just a regular guy. He’s not a doctor or anything, and of course he claims if you rub this stuff on whatever hurts, it helps.”

Leaburn said he’s healthy and comes from a healthy family background. He and his family would go to a chiropractor from time to time, but alternative forms of health-related treatment piqued his interest after an acupuncturist helped his wife with a condition.

CBD: Cannabidiol—one of more than a hundred “phytocannabinoids”— causes calmness but not psychoactive effects.

CBN: A non-psychoactive cannabinoid found in trace amounts in cannabis, similar to CBD.

“(That) was an eye-opener to me. (Cannabis) is kind of a medical breakthrough, and we’re discovering all these things,” he said. “If the result is that it cuts down on inflammation, which leads or could lead to a more serious problem, (even though) it doesn’t actually cure it, I wanted to hear someone say that.”

Still on the fence but leaning toward trying it, Leaburn said he’s open-minded depending on the ailment.

“I was surprised there were so many people in the audience who said they were active users,” he said. “I was not aware that (with CBD) it makes you feel better, but you don’t get high. I would be very careful about from whom I bought it. I guess there’s a number of products on the market, but I really don’t know.”

Many of the people at the Feb. 28 gathering said they prefer CBD over THC, as they don’t want to feel “high.” People who have never ingested cannabis or haven’t in decades were curious about the once-notorious and now mystical plant.

Emily Matthews, 85, said she would consider at least trying CBD, but she’s wary of THC.

“As I was telling my friend, maybe I would try the cream because I have arthritis, and that seems kind of like the safest way to experiment with it,” Matthews said.

David Want said he’d been using different medicines to diffuse pain, but he has been using CBD oils for the past two months.

“I’ve been trying CBD oil because of inflammation. I have chronic arthritis and rheumatoid arthritis, and I’m looking for something other than opioids,” Want said, adding that he’s been taking opioids prescribed to him periodically.

“Yes,” he said when asked if he’s noticed a difference between medications. “I thought it would be more dramatic, but it seems to take a longer time (to take effect). I think marijuana was first made illegal because of the alcohol industry in the ’30s.”

His search for something other than opioids is not a lonesome venture.

Trinh said one of the most popular clubs in Laguna Woods, where the average age is about 75, is the cannabis club, where dozens of residents take a shuttle once a month to a local dispensary. Currently, Santa Ana is the county’s only city that allows for the sale of recreational cannabis, though CBD is federally legal.

The properties of CBD and THC, as well as the lesser-known CBN cannabinoid, have effects on neurotransmitters within the body’s endocannabinoid system. A discovery as recent as the late 1990s, it’s basically a superhighway made up of endocannabinoids that are linked to the central nervous system.

What the introduction of the different types of cannabis extraction does to these is being studied on a large scale, Trinh said.
“We were looking for reasons in the ’90s for why marijuana was harmful, and in that process we were mapping out this whole system that we didn’t know existed. Isn’t that something?” Trinh said.

CBD and THC Live Together in Harmony
According to Dr. Trinh, cannabis makes its own kind of antidote for THC in that the CBD components counteract effects of THC; therefore, if you find yourself having consumed too much of the psychoactive product, you can take CBD to calm yourself. It’s always good to speak with local experts on these matters as dosages and consumption can vary from person to person.

Research is currently taking place at UC Irvine to study the effects of cannabis and the endocannabinoid system within its Center for the Study of Cannabis, a hybrid of the university’s law and medical schools.

Trinh said there have been studies that show cannabis has the potential to reduce plaque in the brain that could be linked to Alzheimer’s disease. He also presented a graph that showed people with lower inflammation had a better survival rate when diagnosed with cancer than those who have higher inflammation—which CBD and THC are proven to alleviate. The research is not concrete on the link from inflammation to cancer, and Trinh said he wasn’t willing to make that conclusion, but he said to the audience, “You can draw your own conclusions.”

Pharmaceutical companies have already started introducing products to the market such as EPIDOLEX, a cannabis-based medicine that can treat rare forms of epilepsy and other conditions. It’s come to the market at a staggering $30,000 a year and is the first FDA-approved product on the market. Some health insurance providers may cover it, depending on the plan, but it’s hard to say, as it’s so new.

Bob Solomon, a clinical professor of law, and Daniele Piomelli, a professor of anatomy and neurobiology, co-chair UCI’s Center for the Study of Cannabis. Solomon said there have been some major changes to laws in recent months that make it a bit easier for people to get cannabis.

“The big change is that, counter to local zoning vetoes, we now have new regulations that allow for transportation across town lines, even though the municipality (may) not allow for that,” Solomon said.

After seeing the difficulties of the restrictions on cannabis dispensaries using banks and other hurdles, Solomon became involved with efforts to ease these laws, but as far as litigation, he has yet to defend the plant in court.

“Not yet, I haven’t litigated,” he said. “There’s all kinds of problems, and we need to do further research. We need to understand the effects on pregnant women, and we need to have an understanding of (what constitutes being) under the influence. We need to better understand how it can be used on pain with THC or CBD and how it’s going to help Alzheimer’s.”

Solomon said there’s constantly “action” on Capitol Hill with the banking issues and the problems with needing a Schedule I license to study marijuana. Although it’s legal in certain states, it’s very much still illegal under federal law, and that can create difficulties in diversifying the studies under research university standards.

Solomon said once the laws change on the banking system, there could be more opportunities for venture capital investments, and the industry will become more sophisticated.

In South County, the recreational sale of cannabis is prohibited, as are deliveries. San Clemente allows for people to grow up to six plants in their homes, but Mayor Steve Swartz said at a recent city council meeting that he would like to see more research completed and possibly “revisit” the matter at a later date.