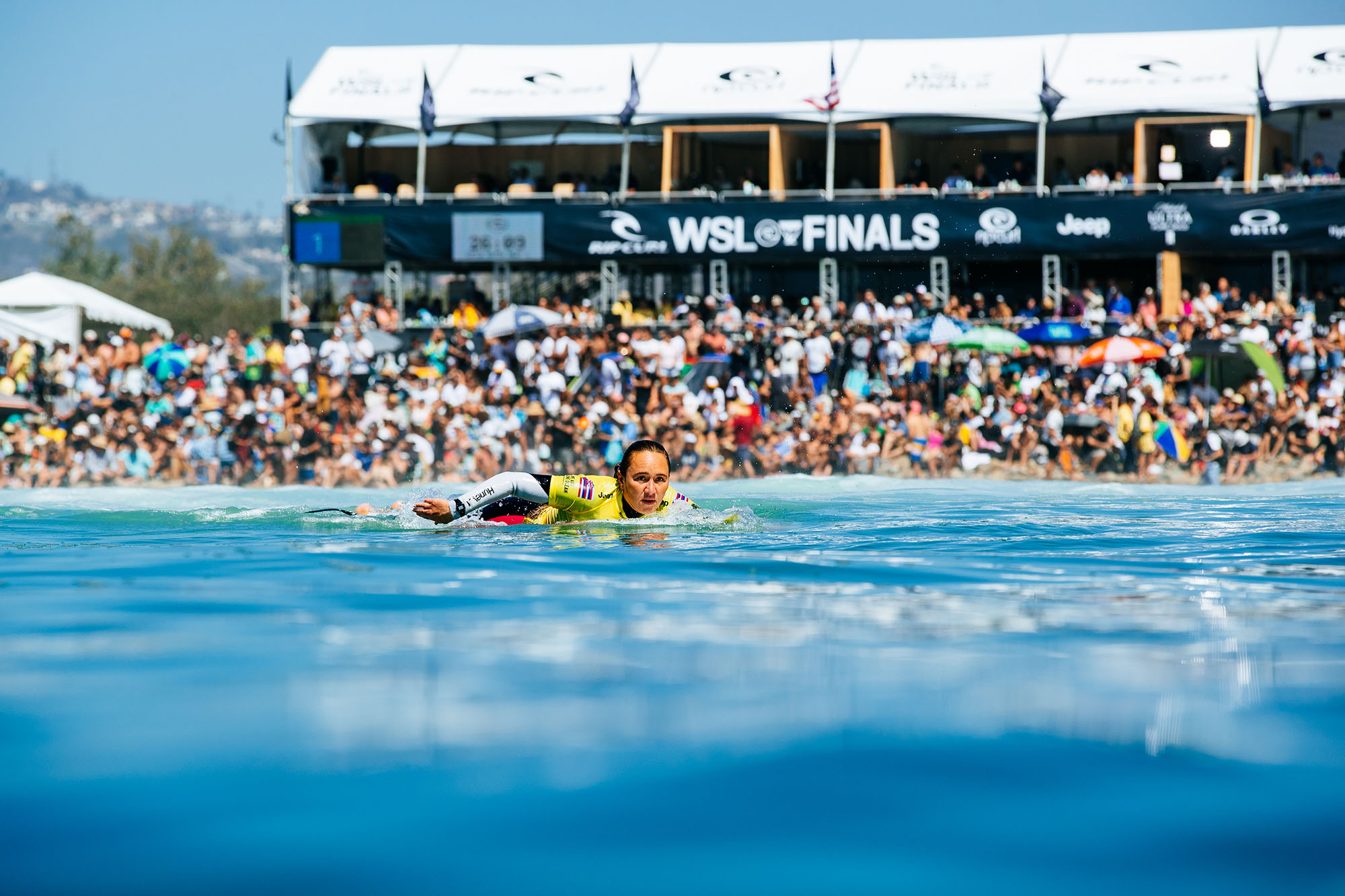 Carissa Moore and Filipe Toledo head to Lowers as the No. 1 seeds and favorites to win the 2022 world titles

With the 2022 WSL Championship Tour regular season wrapping up last week in Tahiti, it’s time to shift gears and get ready for the Rip Curl WSL Finals.

Coming to Lower Trestles, it will feature the top five men and top five women in a one-day, winner-take-all sprint for the 2022 world titles. Going down right here in our backyard, the waiting period runs from Sept. 8-16—historically, the most consistent time of year at Lowers.

Defending world champ Carissa Moore and San Clemente resident Filipe Toledo, who has his sights set on capturing the first world title of his already accomplished career, come into this battle royal of a surf contest as the No. 1 seeds.

For Moore, this incarnation of the WSL Finals is a chance to win her sixth world title—only one away from tying the record of seven held jointly by Layne Benchley and Stephanie Gilmore.

Moore’s been on a tear the past few years. She won the world title in 2019 and 2021, as well as captured the first-ever Olympic gold medal for surfing in Japan last summer. She somehow only won one contest during the 2022 regular season, but she did finish runner-up in three other contests and made the quarterfinals or better in every event except one.

Her consistency makes her one of the hardest surfers in the world to beat—and Lowers is one of her favorite waves on the planet.

“I tried my best, surfed from my heart, and it worked out,” Moore explained after claiming her fifth world title last year. “I’ve never been in the water when winning a world title, so this is extra special. I couldn’t ask for anything more!”

For the men, Toledo will look to claim the title that’s eluded him thus far. Moving his family from Brazil to San Clemente, in part to be closer to Lowers, he’s considered one of the best small-wave surfers in the world.

Winning events at Bells Beach and Rio in 2022, he also added runner-up finishes in Portugal, El Salvador and Indonesia to his scoreline. Wearing the yellow leader’s jersey as the No. 1 seed, he’ll have the luxury of watching all the action go down while he waits to see whom he’ll face in the title match. And with last year’s winner, Gabriel Medina, absent from the event, he should feel pretty good about his chances.

The remaining women in the draw include France’s Johanne Defay as the No. 2 seed, Brazil’s Tatiana Weston-Webb in third, Costa Rica’s Brisa Hennessy in fourth, and Stephanie Gilmore, seven-time world champ from Australia, rounding things out in fifth.

Meanwhile, for the men, Australia’s Jack Robinson rolls into Lowers as the second seed, followed by countryman Ethan Ewing in third, Brazil’s Italo Ferreira in fourth and Japan’s Kanoa Igarashi in fifth.

As we get closer to the opening day of the waiting period, expect our local zone to become a hive of activity. The opening ceremony and press conference will take place on the San Clemente Pier on Sept. 6.

Open to the public, swing by and listen to what the surfers have to say and check out the temporary installation dedicated to all the world champions over the decades.

On Sept. 9, there’s going to be a special screening of the iconic surf film Searching for Tom Curren, as well as Conner Coffin’s new film, Mind Surfing, at the Rip Curl headquarters in San Clemente. Curren will be on hand playing music with some special guests. Open to the public, tickets are being sold to benefit the Surfrider Foundation.

And then on Sept. 10, there’s going to be a team signing event at the Rip Curl shop in San Clemente during the day. Curren, Bethany Hamilton, Mick Fanning and others will be on hand. And in the evening, the party’s moving to the Drew Brophy Gallery for an art show with artist Erik Abel, who created the artwork for this year’s WSL Finals.

Considered the biggest day in professional surfing, we’re only a few short weeks away from the surf world descending on San Clemente. Here we go!