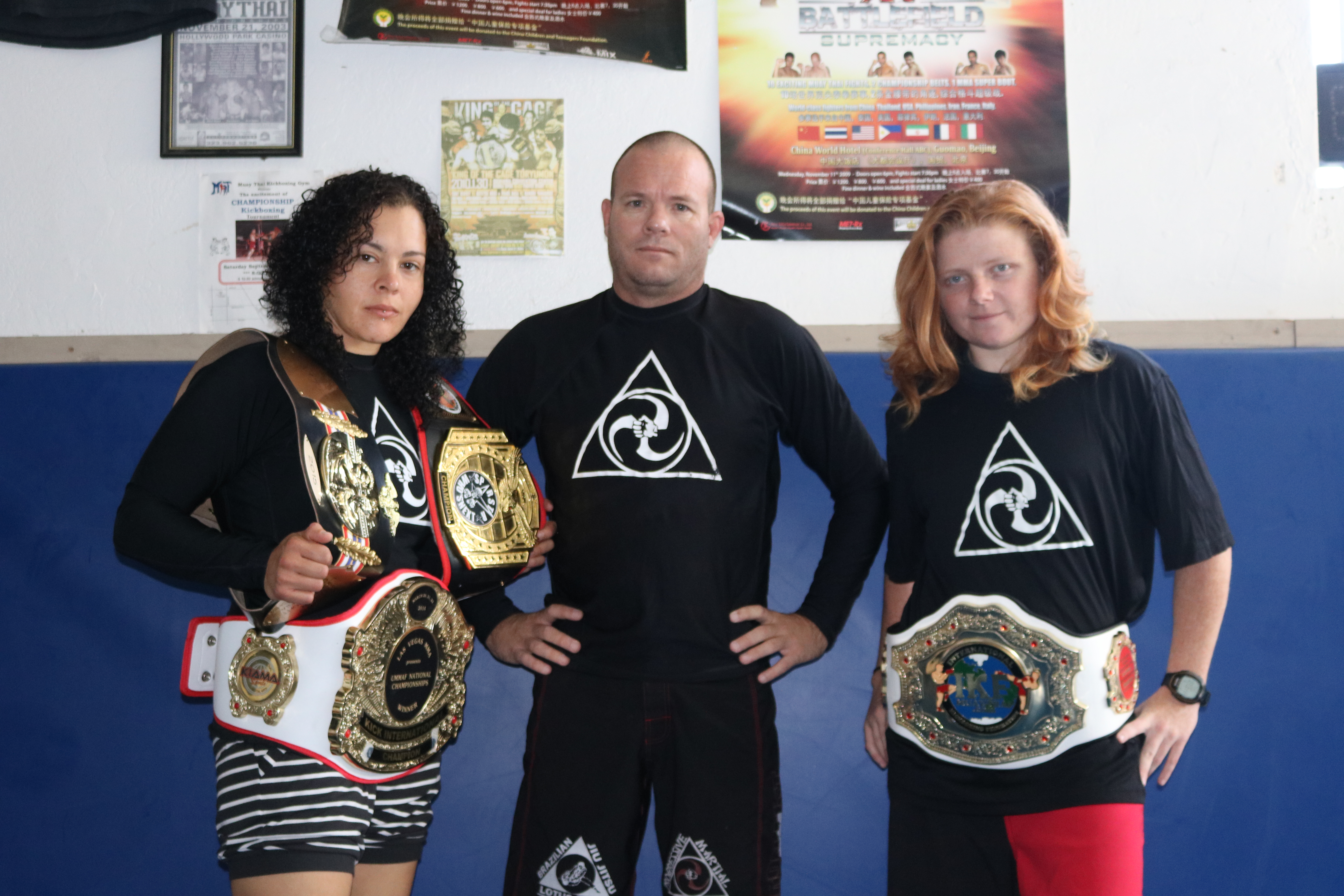 Rising in the Ring

As women’s mixed martial arts continues to gain momentum throughout the country and across the globe, two San Clemente-based fighters are making a name for themselves on the Southern California scene.

Kendall Andersland, who possesses a devastating right hand capable of ending a bout in seconds, and Paola Ramirez, current holder of three championship titles, are Progressive Martial Arts’ brightest new pupils. Both girls, who train six days a week for three hours a day, are transplants to the city with unique MMA backgrounds.

Forty-year MMA veteran Bryon Schnell, sensei of Progressive Martial Arts in San Clemente, has seen most of what the world of mixed martial arts has to offer. When he took over a previous instructor’s school in 1996, Schnell went against the norm at the time and began training and teaching multiple disciplines of MMA. Few things have had him more excited or proud in the sport, however, than his two young fighters.

Ramirez, born in Guadalajara, Mexico and now living in Encinitas, is a three-time champion and belt holder, currently holding the International Amateur Muay Thai Federation 135-pound, SoCal Regional Spar Star 135-pound and the U.S.A. MMA Federation145-pound national champion titles. After initially taking up MMA in an attempt to lose weight, Ramirez admits the sport has turned into much more than she imagined.

“I was over 200 pounds and I just wanted to do something with my body,” Ramirez said. “I fell in love with it day one, and now, here I am.”

It has been a four-year transition from trainee to title holder for Ramirez, one she says has not always been easy. On her first day in the gym her sparring partners complained of how hard Ramirez was hitting them. Frustrated, Ramirez was on the verge of quitting and never coming back to the gym, but Schnell and others convinced her to stay, harping on her talent.

Ramirez holds a 5-1 amateur MMA record, with two knockouts to her credit, and was recently signed to appear on “Combate Americas”, a Latin MMA reality show and competition that airs on NBC Universo. Her professional debut, which will be made on the show, is tentatively set to take place in November.

Andersland, Schnell’s equally talented star pupil, is a native of Kauai who moved to San Clemente to train fulltime less than one year ago. Holding the NorCal IKF 145-pound welterweight title, Andersland touts a 3-1 amateur Muay Thai record and a 1-1 amateur MMA record. During her most recent fight, and first MMA win, Andersland produced a 17-second knockout of her opponent in the very first round of the Gladiator Challenge: Showdown in Rancho Mirage on Aug. 15.

Growing up with an older brother, Andersland said she needed to defend herself at an early age.

“I started boxing when I was 13,” Andersland said. “I always used to fight with my brother and he was in ju-jitsu, so he used to teach me all the moves. The first one I learned was the guillotine. I would always try and do it on my guy friends and nine out of 10 times it would work.”

The Hawaiian martial arts community, which Andersland explained is very prevalent, kept her interested in growing her skill in the sport as a youngster. After training with Schnell and several other local fighters in San Clemente, Andersland was hooked. Andersland has amateur fights scheduled to take place in Oct., Nov. and Dec.

The world of MMA is rapidly growing and, thanks to the likes of Ultimate Fighting Championship superstars like Ronda Rousey, the women’s divisions are gaining more attention than ever. Both Ramirez and Andersland are currently unsponsored, but both said they will continue their grueling training regimen, hoping to rise up the industry’s ranks.