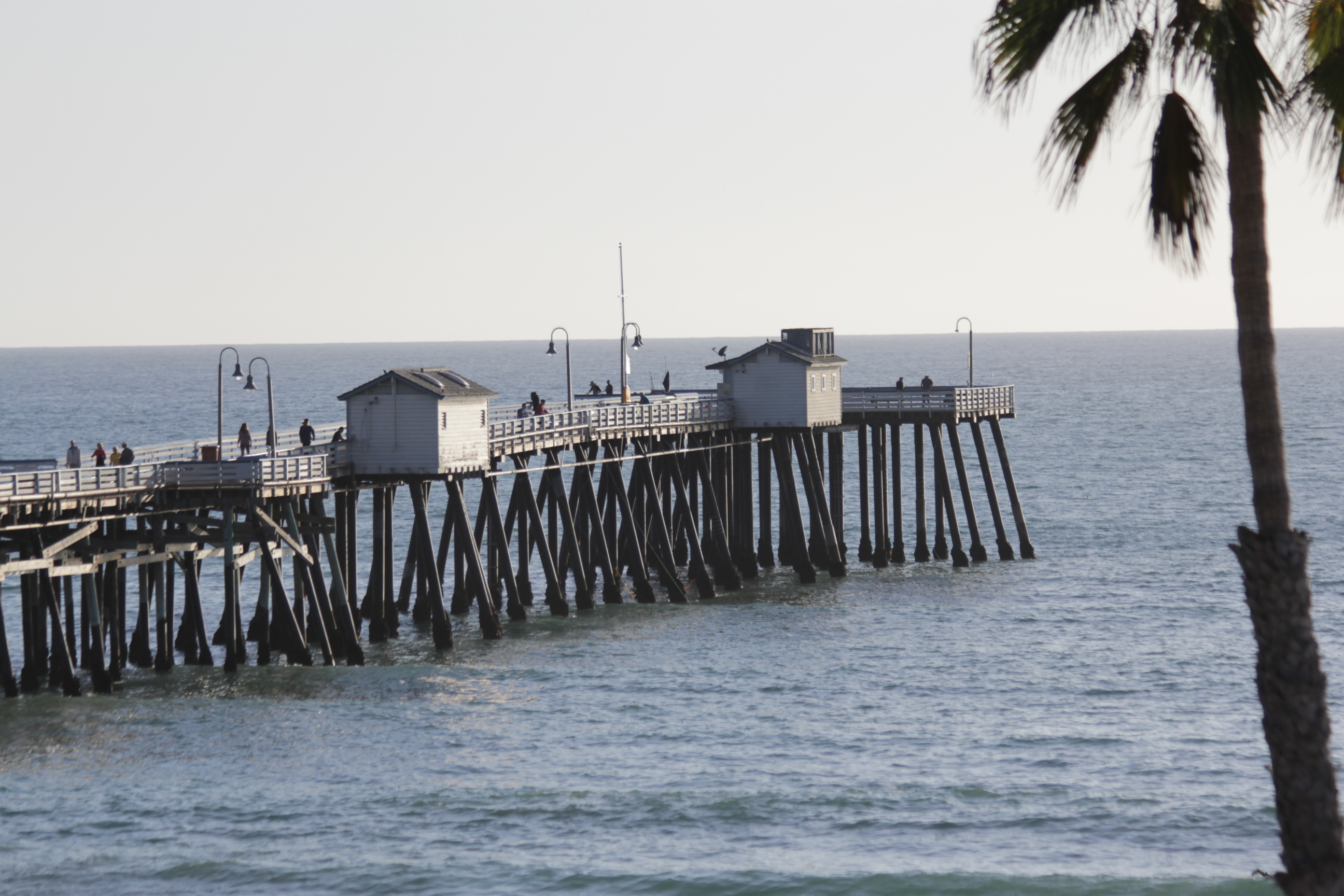 The Rising Tide: A Look at How Local Cities Are Addressing Sea Level Rise

Will our “Spanish Village by the Sea” see the impacts of sea level rise?

The past month saw an increased amount of activism and engagement centered around climate change and the potential threats of sea level rise, in light of the United Nations Climate Action Summit on Sept. 23 in New York City. Millions participated in the Global Climate Strikes from Sept. 20-27 to demand action on climate change. The nearest strike to San Clemente was held in Laguna Beach.

On Sept. 24, Jack Ainsworth, the California Coastal Commission’s Executive Director, issued a statement regarding the Intergovernmental Panel on Climate Change (IPCC) Special Report on the Ocean and Cryosphere in a Changing Climate.

“This report shines a light on what we have all been observing around the world,” Ainsworth said. “We are now witnessing unprecedented heat waves, accelerated ice sheet melt, massive wildfires, and devastation from amped-up storm events that are all happening with frightening frequency.”

For the IPCC Oceans Report, more than 100 scientists from more than 30 countries assessed the latest scientific knowledge about the physical science basis and impacts of climate change on ocean, coastal, polar and mountain ecosystems, as well as the human communities that depend on them. The report also addressed sea level rise and implications for low-lying islands, coasts and communities.

In the Sept. 23 California Coastal Commission (CCC) meeting, Mary Matella, a CCC environmental scientist, gave a presentation on how sea level rise impacts Orange County and what coastal cities are doing about it.

Local and regional adaptation planning efforts will be critical for ensuring that coastal communities can be resilient to sea level rising in the coming years, Matella said. The CCC’s Local Coastal Program (LCP) is a planning tool used by local governments to guide development in partnership with the CCC. LCPs contain the ground rules for future development and protection of coastal resources in the 76 coastal cities and counties.

“Now that we’re in the sixth year of LCP grant program, we have awarded almost $6 million, for 50 projects in 37 jurisdiction and 32 vulnerability assessments,” Matella said.

The grant program offers funding for cities to assess vulnerable coastal areas that could be threatened by sea level rise and provides the opportunity for each city to update its LCP. During the CCC presentation, Matella highlighted San Clemente for completing a draft Sea Level Rise Vulnerability Assessment (SLRVA) this summer.

The study is meant to identify areas of the coastal region that are vulnerable to hazards while considering policies and programs to mitigate such threats.

Cecilia Gallardo-Day, the city’s community development director, described the SLRVA, or study, as “factual information about what we can expect in the future and what infrastructures or coastal resources could potentially be vulnerable.”

The study, she also noted, will be the basis of the city’s Coastal Resiliency Plan (CRP) that’s currently in the works and should be released for public review in 2020. The Resiliency Plan, she said, will detail the city’s options on how to mitigate and adapt to sea level rise.

According to the draft of the Vulnerability Assessment, sea level rise poses the biggest threat to the city’s public resources and infrastructure.

“The primary vulnerabilities in the City include increased shoreline and beach erosion, wave flooding, and tidal inundation,” the report states. “Unlike in other low-lying cities where SLR can threaten private developments due to flooding or erosion, SLR in San Clemente first threatens the public resources of the public beach.”

It also notes that damage to the pier, Marine Safety Building, railroad and other infrastructure from coastal hazards and storms aren’t “new phenomena.”

“The effects of storms will increase in magnitude with higher water levels,” the draft report’s findings on public beaches states. “Beach nourishment will help to maintain beach width in the short term, but higher water levels will make sandy beaches very difficult to retain impacting recreational opportunities available on the dry beach areas.”

The long-term consequences to the city’s beaches, the draft SLRVA points out, could be “near total loss” and “loss of recreation including surfing.”

The roughly 2-mile-long California Coastal Trail from North Beach to San Clemente State Beach could potentially need “permanent adaptation” or be relocated altogether, as there is likely to be a loss of continuity along the beachside portions.

“Maintaining continuity of the coastal trail will become increasingly difficult in the long-term as trails on the beach side (Central Reach) will be exposed to direct wave action seasonally or year-round,” the draft of the SLRVA states.

As for the pier, the city found that the long-term consequences of sea-level rise include “damage from storm waves, erosion of beach behind pier, potential for temporary flooding.”

The draft of the Vulnerability Assessment has made its way through the city’s Planning Commission and Coastal Advisory Committee for review and comments. That draft report, which also underwent a public-comment period in August and September, is set to go before the city council for review in early November.

“Armoring, which is a technique of building sea walls in shoreline to protect development and infrastructure from erosion,” Ducklow said. “This stops the beach from eroding inland, but it blocks the beach from migrating, creating a coastal squeeze. Beaches are subsequently lost.”

Ducklow has been on CCC staff for about six years and was a key staff member who worked on sea level guidance, which was adopted in August 2015 and updated in November 2018.

The CCC and partnering cities use the program CoSMoS 3.0 to assess where a community is most at risk. The software looks at built assets such as houses, roadways and highways, as well as natural assets, including beaches. The modeling tool was developed by the US Geological Survey.

Ducklow says the models implement scenarios of a sea level rise between 3 and 6 feet.

“Six feet is on the conservative end. The CCC requires that cities plan out to at least the year 2100, implementing up to six feet of sea level rise,” Ducklow said.

As of now, 37 out of 76 jurisdictions have done the assessment.

“In regards to the jurisdictions that haven’t yet initiated an assessment, I don’t think that it’s because the issue (of sea level rise) is being ignored,” Ducklow said. “I think it’s that some of these jurisdictions lack the resources and capacity to start planning for these kinds of issues.”

In 2017, the city of San Clemente received a $135,000 Local Community Program (LCP) Planning Grant from the California Coastal Commission to prepare the Vulnerability Assessment. The city was also awarded a $75,000 LCP grant in 2018 to put together the Coastal Resiliency Plan.

Gallardo-Day explains that the SLRVA and CRP are part of the city’s larger goal to get a CCC-certified LCP, which contains two primary components: a Land Use Plan (LUP) and a Local Implementation Plan (IP). These components provide measures to implement the plan, such as zoning ordinances.

“The adoption of a new LCP will give the City more control over approving projects within the City’s Coastal Zone and will streamline the Coastal Development Permit review process for applicants,” according to the city.

The CCC certified an updated version of the city’s LUP in August 2018. The city is currently drafting the IP and is expected to be released for public review and comment next year.

“We owe it to our children and future generations to plan for resilient communities while we can.  History will judge us harshly if we do nothing or take half-hearted steps,” Ainsworth said. “(This) is a call to action for proactive science-based planning to address this looming disaster with a sense of urgency.”