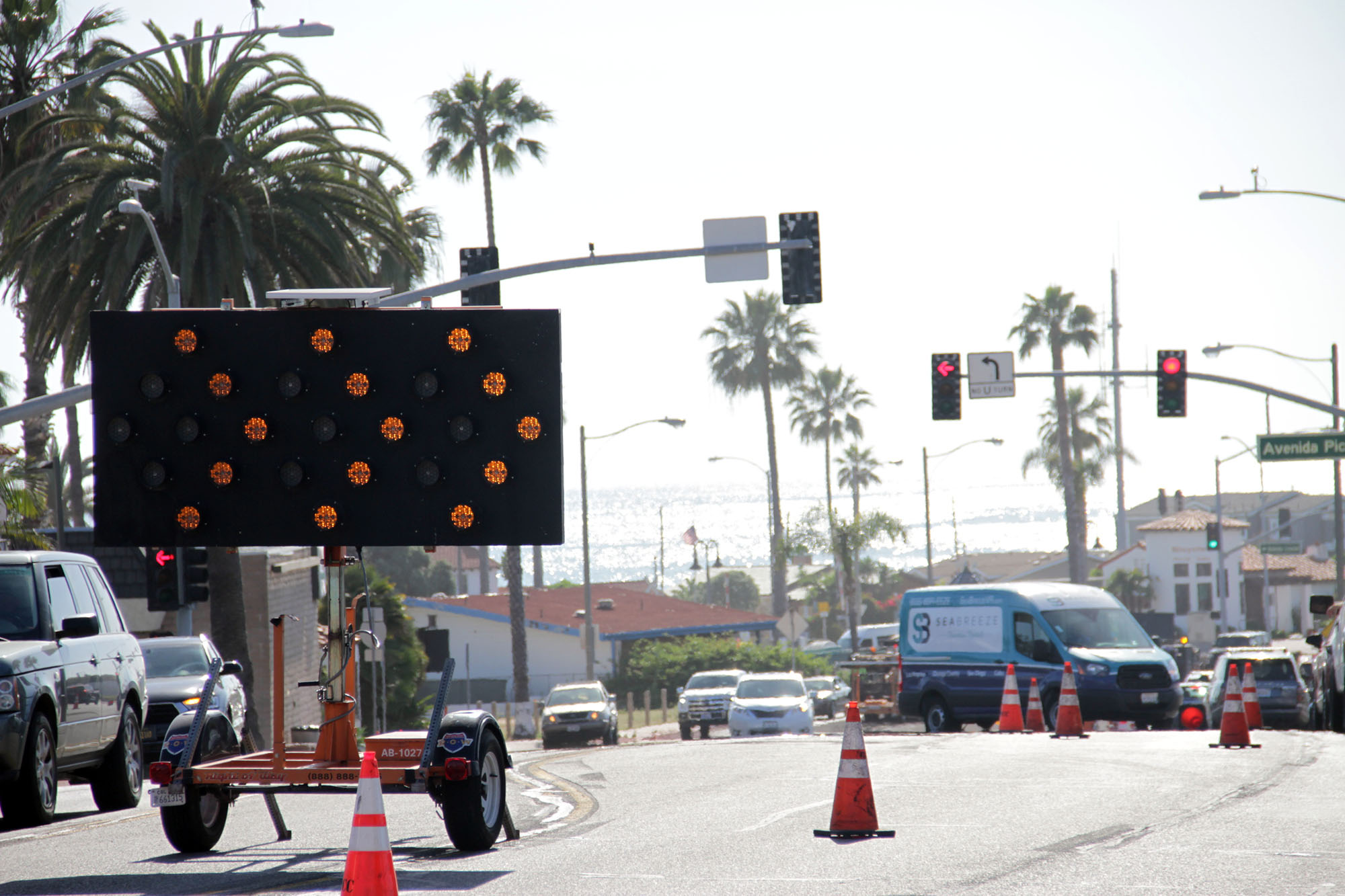 A proposed plan to reduce the North Beach stretch of El Camino Real from two lanes in both directions down to one on each side has been put on ice, as the city council on Tuesday, May 5, encountered a logjam over the project.

In a 2-2 split, acting Mayor Laura Ferguson and Councilmember Gene James voted to turn down the proposal, while Councilmembers Chris Hamm and Kathy Ward wanted to move ahead with the reconfiguration.

The project, which had come at the request of a group of residents from North Beach last year, was to turn El Camino Real into a two-lane highway—one lane in each direction—starting from El Portal and continuing north to Avenida Estacion, where the road already converts to one lane.

According to the city, the reconfiguration, including the dedication of Class II bicycle lanes, was meant to slow, or calm, traffic, as well as make the area bicycle- and pedestrian-friendly, giving it more of a “neighbored” feel.

“The addition of Class II bicycle lanes provide a dedicated space for cyclists while also increasing motorist recognition that they are using the roadway,” the city said in its report to the council.

Advocating for the plan, Hamm and Ward stressed that it would be beneficial to both the residential and business community in North Beach, as slower traffic and more pedestrians would bring people to the local shops.

Based on conversations he said he had with a handful of shops in the area, James contended that “there is a large contingent of businesses who are adamantly opposed to this.”

“I understand the need to improve mobility and be more pedestrian-friendly, but I just think this is the wrong location to do it,” she said. “And to remove lanes, it will increase traffic. . . . I don’t see it having the outcome that we anticipate.”

During the council’s budget talks ahead of Fiscal Year 2019-2020, councilors directed staff to analyze the North Beach residents’ proposal, looking at the merits to see if the project was feasible, Public Works Director Tom Bonigut explained at the May 5 meeting, which was conducted via teleconference.

Based on the analysis Senior Civil Engineer Nestor Mangohig and his team conducted, using 2030 traffic projections, a reconfigured El Camino Real “still performs at acceptable levels of service, so the concept does work,” Bonigut told the council.

Construction along El Camino Real is currently underway as part of a project that was approved in the FY 2019-20 budget to repair and rehabilitate portions of the road. That repair project is scheduled to wrap up by around Memorial Day weekend, according to the city.

With the road repair project nearing completion, Bonigut stressed that the city needed an answer from the council regarding the lane reconfiguration, as the contractor would be soon restriping the street.

He had also noted that the North Beach Community Association, a nonprofit comprising residents and business owners in the area, had recently withdrawn their previous support for the reconfiguration.

Ferguson had considered tabling the decision until the next council meeting, so she could have a chance to hear from more North Beach residents and businesses.

Bonigut said that while the city was coming up to the wire on the decision, it could afford to wait one more meeting.

He also said that if the council decided to hold off altogether, it could change its mind in the future. If that was the case, however, the city would be looking at about $250,000 to conduct the restriping and reconfiguration.

At the end of the deliberations, however, James motioned to reject the city staff’s recommendation for the project, resulting in the 2-2 stalemate.

The next regular city council meeting is scheduled for May 19 at 6 p.m.