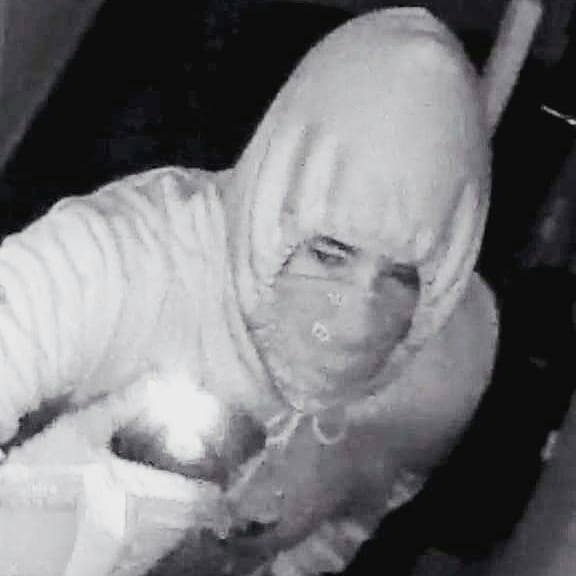 Early Friday morning on Aug. 23, two storefronts were broken into on Camino de Estrella, a road that divides the cities of San Clemente and Dana Point.

The front glass doors of both The Fuel Shack in San Clemente and Kawamata Seafood in Dana Point were shattered, according to the owners of both restaurants.

While nothing was reportedly taken from The Fuel Shack, several rolls of quarters were stolen from Kawamata Seafood, a popular lunch spot that offers Hawaiian-style poke bowls.

Cameras inside The Fuel Shack, a family-operated breakfast and brunch spot, provided police with rough descriptions of two suspects, though their faces were covered.

One individual was wearing a hoodie with a bandana over the person’s face, and the other had on a knitted ski mask. The suspects appeared to be male.

The Fuel Shack’s manager said she received an alert on her cell phone around 4:30 a.m. on Friday, notifying her that the alarm had gone off at her restaurant and that she had 30 seconds to respond.

“I was up . . . I had planned on coming in early do some baking,” said the manager, who is new to the community and preferred to remain anonymous because the alleged robbers remain at large.

She said her husband came down to the storefront to meet police.

“The door was broken, and there was glass everywhere. It appears they used something heavy to break the door—it’s shatter-proof,” The Fuel Shack’s manager said.

The two suspects who were caught on camera inside the restaurant didn’t take anything or cause any further damage, according to the manager. She was thankful no one was hurt.

Meanwhile, that same morning about two blocks down the street, Kawamata Seafood experienced a similar break-in.

With no cameras or security alarms, the restaurant owners received a phone call from police.

Their front door had been shattered in a similar manner. The owner reported rolls of quarters missing and a gardening glove, but nothing else. The restaurant was a little disheveled, and the robbers had taken out a portable grill and discarded it on the floor, along with some other items.

Kawamata Seafood’s owner said they had a break-in in 2016, noting that they seem to be more frequent in the neighborhood. The restaurant is looking into increasing its security measures.

Orange County Sheriff’s Department did not respond to the San Clemente Times’ request for information in time for this print edition.

The Fuel Shack’s manager said she was overwhelmed by the community support and well-wishers who showed their appreciation with hugs, flowers, food and support; the restaurant stayed open on Friday after the break-in.

“I’m just overjoyed by the love and support of this beautiful community,” she said. “We’d like to say thank you for all of the positive energy—a broken door, but not a broken spirit.”