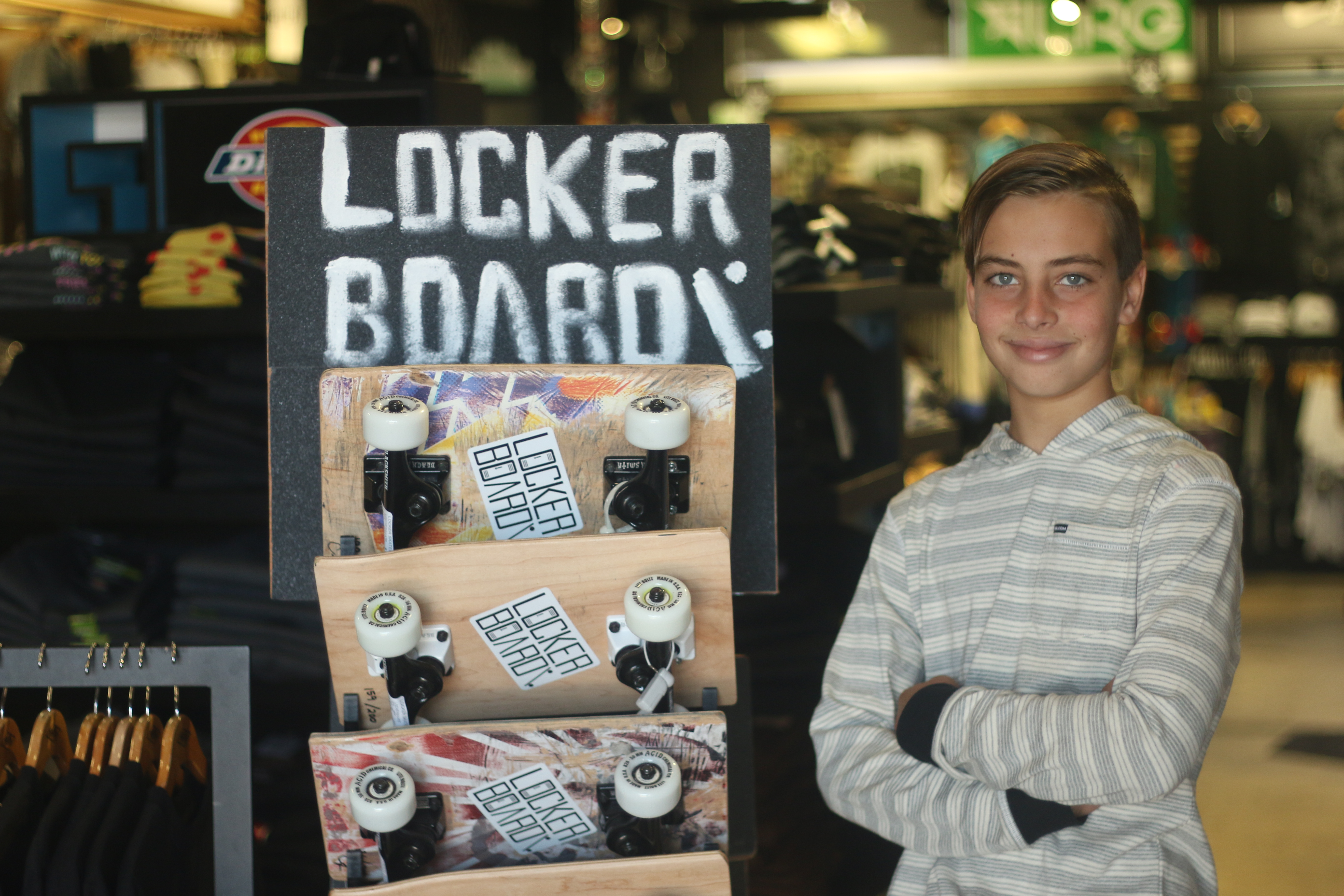 Roll Out: Locker Board Inventor, 12, of San Clemente to be Featured on ‘Shark Tank’

Carson Kropfl will be on the season premier of Shark Tank, which airs at 8 p.m. on Oct. 1 on ABC.

Most 12-year-olds don’t spend their time pondering strategies about how to earn the respect and investment of millionaire and billionaire venture capitalists.

Product lines, inventory, tax filings and more escape even the most polished middle school students.
But Carson Kropfl of San Clemente has paved his way into top business arenas one sawed-off skateboard at a time.

The inventor of the company Locker Board, skateboards that have been modified to fit within compact cubbies and storage areas, Carson was invited to partake in the popular television show Shark Tank, where business owners and companies try to convince the venture capitalists to invest in their business whether by trading ownership, royalties or other means for returns.

For Carson, the journey to national television began years ago when he and his mother, Carrie, devised a dry-land surf apparatus for skateboarders.

“We were at Mammoth Mountain in an elevator, and my dad noticed someone who had the Shark Tank on his jacket, and he was actually one of the producers,” Carson said. “My mom and my dad started asking him questions and showed them the pictures of the products. He said we had not grown enough (in understanding business), but he said he could give the producer updates on our progress.”

As they kept in touch with the producer over the years via email, Locker Board’s success finally attracted the network’s attention.

“I was so excited. I was blown away that I was going on Shark Tank,” Carson said.

Carson said he needs an investment in order to assist his production, which he said has become insurmountable with the demand. Although the company has found a manufacturer, the costs to afford that process is a little out-of-reach at this time. This endeavor has also left a pronounced effect on his school schedule. Carson is taking classes part-time at Shorecliffs Middle School and part-time online at home so that he can focus on his business needs.

“That’s been kind of difficult because he’s super social and likes it there, but we’re trying this out to help him,” Carrie said.

The boards are either made from recycled boards or misprints that cannot be salvaged for regular retail from companies.
What seems to make Shark Tank so compelling is the way in which drama and successes unfold—although participants sign a confidentiality agreement prior to broadcast. But Carson was allowed to talk about his experience on the show, which was filmed in June.

“It was fun, and I was little nervous,” he said. “I’ve learned a lot, like I can’t even count how (many things) I’ve learned.”

In addition to the business experience he’s gained in the skateboard industry, Carson said he has had mentors helping him and they have diversified their market a little more, such as producing T-shirts.

Limited-edition skateboards commemorating the Shark Tank experience will be for sale in the near future.

For more information on Locker Board, visit www.lockerboard.net.