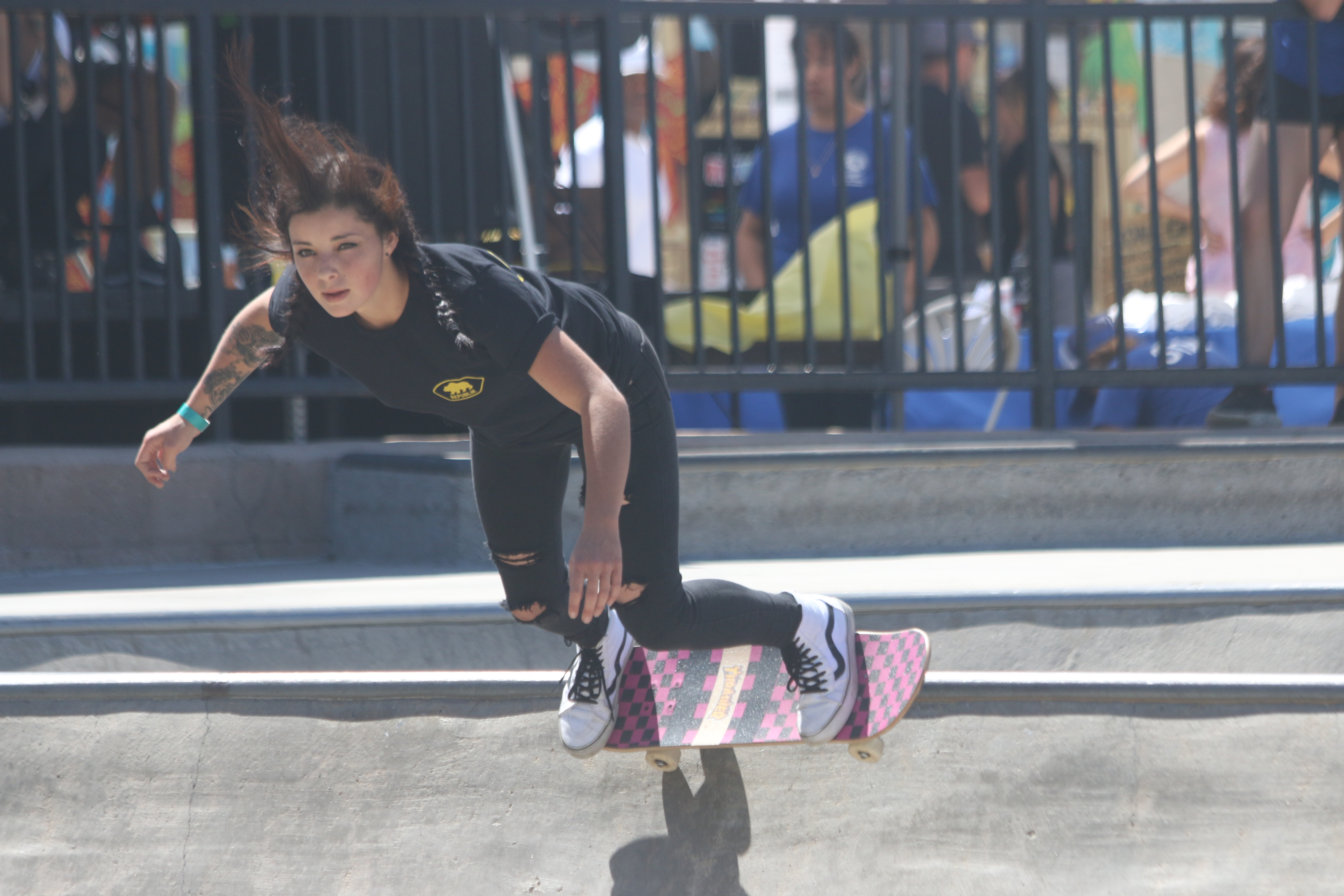 Each year, the Ralphs Skate Court becomes the site of a premier skateboard competition, the SC Open Skate Contest, where skaters of all ages—from 5-year-old beginners to seasoned veterans—come to show their best skills.

But outside of competitions, there sometimes isn’t enough room in the park to accommodate all the skaters who want to use it. And without overhead lighting, the children who frequent the park have to leave when the sun sets.

Since March, the San Clemente Skatepark Coalition (SCSC) has been trying to raise awareness of its cause to make the current skate park about four times its current size and add lighting.

Stephanie Aguilar, the spokesperson for SCSC, said the group is working on different avenues to raise funds for the improvement. Current funding sources, which include selling T-shirts and hats, are emblematic of the effort’s grassroots beginnings. More plans to raise funds will be solidified in the near future, and the ultimate goal is to become a nonprofit, for which the organization has submitted approval with the state of California and IRS, Aguilar said.

“We’re still establishing our goals,” Aguilar said. “I think that to do a really good skate park, we probably need to raise $1 million.”

The city is currently reworking its Beaches, Parks and Recreation master plan, and SCSC is trying to make a case to be a high priority in the plan.

“We’re kind of waiting to see how that all goes,” she said. “If we’re able to raise a bunch of money, I don’t know if we’ll have to fit into the master plan. That remains to be seen.”

Part of the city’s General Plan includes a series of requirements for adequate parking, so the SCSC is also planning to put in a supplemental parking lot. There’s already a lot to the east of the skate park.

“We’re looking at the existing skate park and want to add in a parking lot,” Aguilar said. “We’re not really sure if the city is going to require it, but we wanted to put it in just in case. It’s better to have additional skate features than to have to take some away.”

The average number of visitors to the skate park is being collected by the coalition to be added to a future application, Aguilar said.

“We’ve had such an outpouring of support from the community,” Aguilar said. “I think the City Council is seeing there are a lot of people (interested), and that this is a big thing. Once we get the numbers, we’ll be able to show the need for this.”