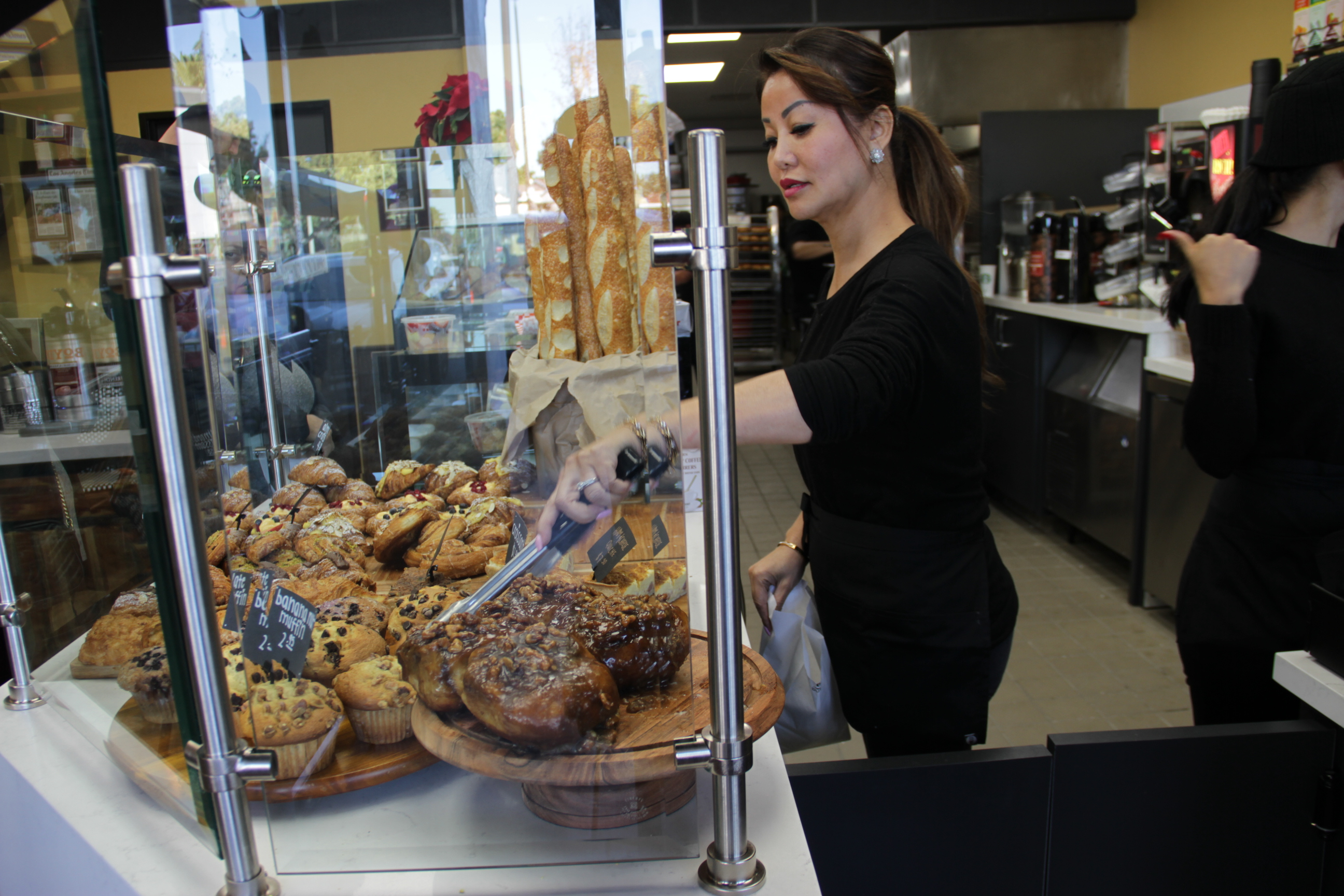 To much anticipation and fanfare from the South County community, Rose Donuts and Café reopened its doors last week, welcoming hordes of adoring regulars who were thrilled to have one of their favorite breakfast and lunch spots up and running again.

After being closed for more than three months as a result of an accidental fire that had put the popular donut shop out of commission, Susan Lim, the store’s owner, admits that she was a bit worried customers wouldn’t return.

“We were so scared whether customers would come back or not, because it’s been almost four months,” she told San Clemente Times on Dec. 27, the day after the store’s re-grand opening. “There’s a lot of food around here, a lot of restaurants. And a lot of times when they go, they go; they just don’t come back.”

Lim can easily put those worries to rest now that the shop has reopened, attracting its most loyal patrons. Through her sit-down with SC Times, Lim was interrupted by a handful of those faithful supporters who expressed their admiration for the café.

Customers shared with Lim sentiments of broken hearts when the store closed and compliments of how “amazing” the reopening looks.

“We have so much support and understanding, and in the city of San Clemente you can’t go wrong,” Lim said of the store, which her parents opened in 1984. It’s so “family-oriented because we’ve been here for generations; they know my children, I know their grandchildren. We grew up together.”

Lim, a Dana Hills High School alumnus who helped out around the shop, purchased the business from her folks when they retired in 2004.

The popular donut shop located on Camino De Los Mares had been closed since Sept. 11, when the fire broke out, causing significant damage to the building. Officials with the Orange County Fire Authority told San Clemente Times in September that the fire started inside the café as a result of an unspecified failure in the area of the water heater.

Lim said on the morning of the fire, she was driving on her way to the shop when one of the cooks called to notify her of the fire. In the wake of the incident, Lim said, there was extensive damage to the ceiling and floor, as well as the paint.

She further explained that she didn’t anticipate the repairs to take as long as they did.

Upon realizing it would take additional time before reopening, Lim advised her employees to take on other part-time work wherever they could to support themselves. But just like her customers, her employees were happy to return and eager to get back into the swing of things.

For the past 35 years, Lim noted, Rose Donuts has been a special place to the South County community. That’s largely due to the hospitality she and her staff provide.

On top of that, it’s the quality ingredients used to make all of the food. “There’s many donuts shops around the corner. Many burger places, many restaurants, but we always remain strong. Always here,” she said. “We get stronger and stronger over 35 years and hopefully for the next 35 years.”