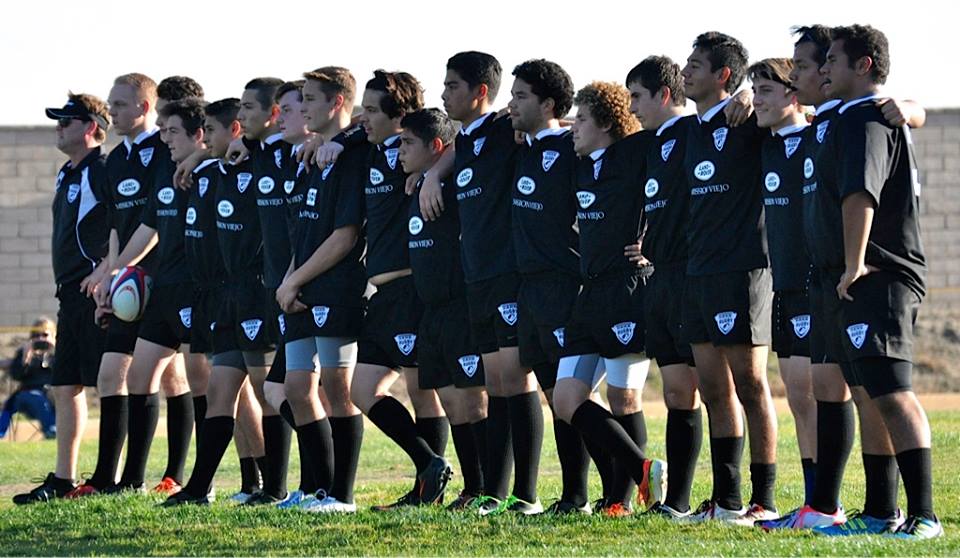 The sport of rugby is growing rapidly in Southern California and, with a little help from some local figures and passionate high school students, has now arrived at Dana Hills High.

The student-led grass roots movement comes on the tail of news that rugby is going to be a sanctioned sport in the 2016 Summer Olympics. In August, the National Rugby Football League was founded in hopes of spreading the sport nationwide.

Many, like Dana Hills junior Drew Falk, believe that it won’t be long before rugby becomes as popular as any of the other major American sports.

“It’s exciting for Dana Hills to be at the forefront of the rugby movement in Southern California,” Falk said,

Falk recently founded and became president of the Dana Rugby student interest club at Dana Hills High. He plays football as well and as a wide receiver for the Dolphins, Falk compiled 43 catches for 524 yards and four touchdowns in 2013.

Creating the rugby club was a lot like an act of congress, and Falk led the initiative. The hard part, according to the junior, was getting the doors open to allowing the club to take shape. Once discussions opened up, volunteer coaches started helping out, as well as parents.

Falk was guided through the process by Mike Lewis, president of the San Clemente Youth Rugby Gators program. Lewis stressed to Falk that the club had to be started and maintained by the players. The veteran rugby player and coach had seen too many high school startup teams, like the now abandoned efforts at nearby San Juan Hills and Trabuco Hills High Schools, fall by the wayside due to parents or coaches being the sole driving force of the program.

That hasn’t been the case for the Dana Rugby club, which draws players from both Dana Hills and San Clemente High.

Rugby players throughout both schools started to get the word out on campus. Once the club received all of the necessary approvals of Southern California Youth Rugby, the sport’s high school governing body, they looked to hire the best coaching staff available and team parents formed a non-profit board. The team is coached by Ian Ibbetson, Matt Tinker, Mike Efthymiou and Sam Pelham, all of whom double as Gator’s coaches.

Falk led a yearlong effort to establish the rugby club at Dana Hills and he says that the athletics staff and administration was very cooperative and supportive of his initiative, especially the football staff, athletic directors and principals.

“It’s amazing how everyone from the football coaching staff, athletic directors, to the principals have helped guide us to what we needed to do to get this program started,” Falk said. “Our student club charter aims to educate the student body about this great global game. We see it as a cool way to learn about other cultures since this sport is huge in other parts of the world.”

The club’s team consists of 20-25 players and they practice at Bear Brand Park in Laguna Niguel. They are not affiliated with either school.

They have played four games in the High School Blue League so far, and have handily won all of them by large margins, including a recent 40-0 win over Carlsbad on January 4.

High school football and rugby create a very powerful combination, and Falk believes the two go hand in hand. There are a large amount of Dana Hills football players who are playing rugby this winter in the offseason.

“It’s a great way to keep our guys playing together over the winter and staying in shape,” Falk added.

Falk believes there are a lot of complimentary elements in rugby that lend themselves to football, like fitness training, proper tackling form, ball handling skills and building synergy with your teammates.

Junior Gabe Wahl is another key player who helped form the rugby club at Dana Hills. Wahl is a junior and a former football player for the Dolphins who gave up the gridiron to pursue rugby.

“We have a magnificent coaching staff with many years of experience and a lot of talent,” Wahl said. “About half of the team has had previous rugby experience, while the other half is new to the sport. We are a very light team, meaning we are not very big but we are fast.”

Even though they are a young club and are not a sanctioned school sport, both Falk and Wahl believe that the rugby boom is on the rise and that soon enough, their efforts will lead to bigger things.

“We’re a little ahead of some other schools, but we expect rugby to be a CIF sport in the coming years,” Falk added.  –Steve Breazeale contributed to this report