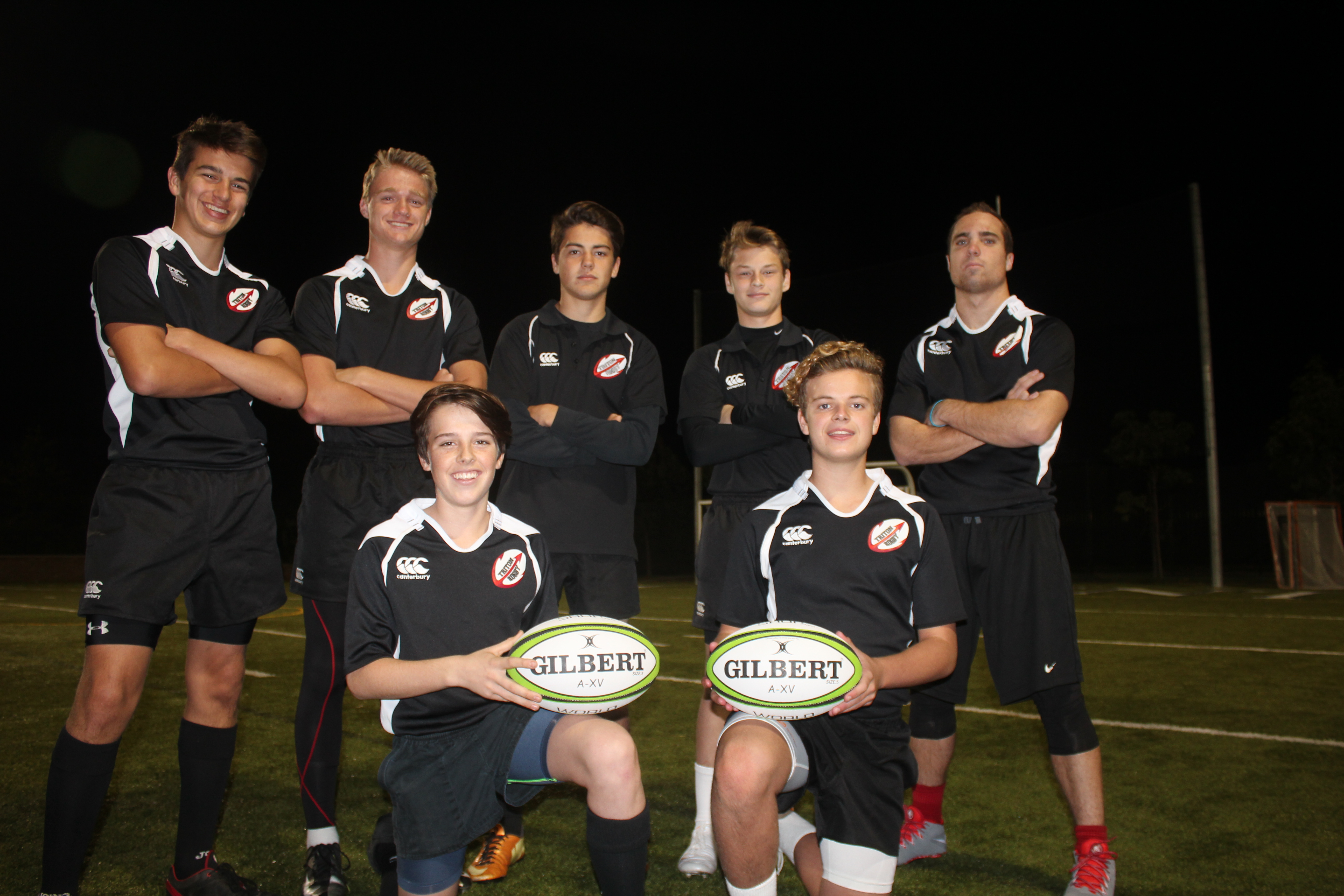 Stewart Proctor could hardly contain his excitement when discussing the progression and potential of his rugby players on the field at Vista Hermosa Sports Park on Dec. 8. When taking in the sheer number of players at the practice, it was easy to see the reason behind the Scottish coach’s enthusiasm.

The night marked the San Clemente Tritons Rugby Club’s first full-roster practice of the season. After weeks of practicing, the new student-formed club out of San Clemente High School had been waiting for several Triton football players to join their ranks after a long march through the CIF-SS playoffs.

But even without the football players, the Tritons Rugby Club has been making steady progress in their debut season.

The Tritons squared off against Dana Rugby Club in the team’s first friendly exhibition on Dec. 5. The Tritons junior varsity squad dominated while the varsity team, made up primarily of underclassmen, lost by only two scores to one of the better high school rugby programs in the county.

“It was a very close game with largely freshman, sophomore and juniors on (our team),” Proctor said. “We know that this team can compete in varsity rugby. We are going to have an extremely successful program here.”

The club was founded by a small group of San Clemente High School students who grew up playing the sport for the San Clemente Gators Youth Rugby Club, now a feeder program for the Tritons high school club team. Sophomore fly-half and team president Zachary Rose, who has been playing rugby for eight years, noticed how other area high school’s had teams and San Clemente did not. Rose, along with a handful of others, decided to take action.

At San Clemente High School’s fall club rush event, the rugby club collected more than 80 interested student signatures. Around 40 of those kids turned out for the first couple of practices and have stuck around as permanent members of the team.

“I think San Clemente is ready for a rugby team,” senior outside center Tanner Wright, a co-founder, said. “I think finally having it available and at the high school made the kids want to come out and actually join and find out what it’s all about.”

The club founders actively recruited players from the Triton cross country, football and water polo teams. Proctor said the skill sets of those athletes, combined with the large number of experienced rugby players, makes for a diverse, athletic bunch. Proctor has the team playing a control-oriented, fast-paced style, utilizing the team’s slender stature and speed.

“We play a tight game to keep possession and spin the ball very quickly, as opposed to playing a way that would be akin to what people traditionally think rugby is, which is crash and bash. We don’t do that,” Proctor said. “If we move that ball quickly, we will age physically bigger kids because they don’t have the same gas tank as these younger kids. They just can’t keep up with the ball.”

The Tritons will compete in their first official Southern California Youth Rugby varsity blue division match against Servite on Dec. 11.