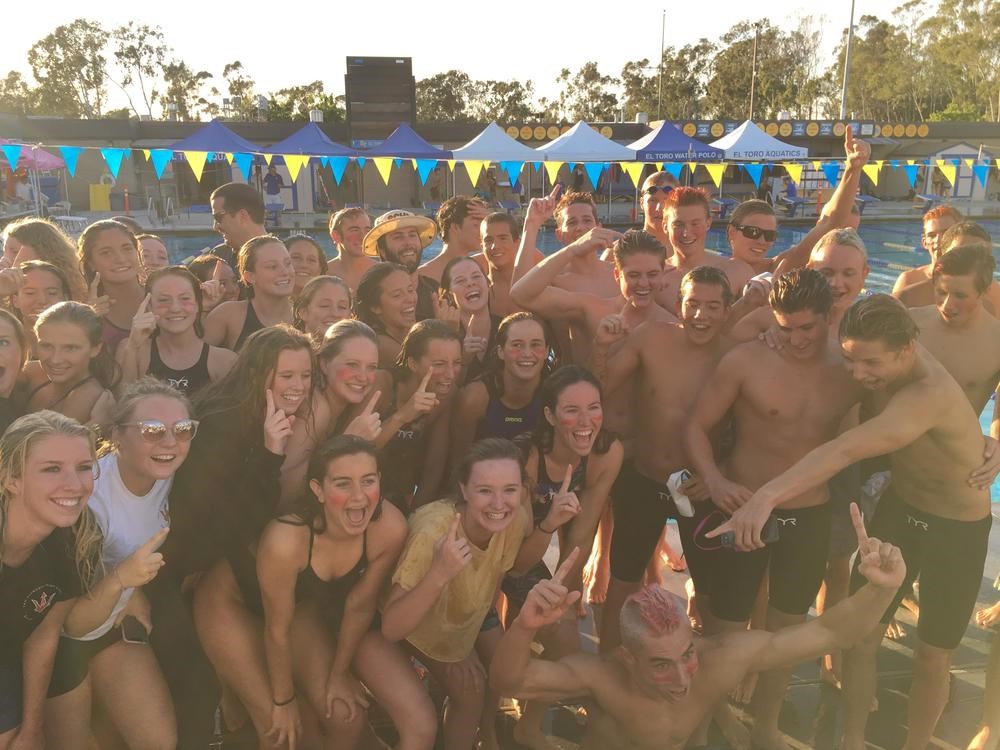 San Clemente boys swimming coach Thomas Dollar had not seen a league championship in all of his time at San Clemente High School.

The Triton alum entered the school as a freshman in the fall of 2004 with San Clemente’s last boys swimming league title in the spring of 2004. The San Clemente girls last won league in 2003.

That all changed in a big way on Friday, May 4 at El Toro High School.

San Clemente won the boys and girls Sea View League swimming titles on all three levels – varsity, junior varsity and open – to pull off the full aquatics sweep following league titles for both water polo teams in the fall and winter for the first time in school history.

“Our victory is really a credit to a culmination of our city’s aquatic culture,” Dollar said. “All aspects of San Clemente’s aquatic lifestyle are represented in our swimmers, and it’s great to see their skills put to work and rewarded.”

It was only the second time in school history that both the boys and girls won league titles in the same season with the first in 2002.

The Triton boys had a huge day with four wins and 13 podium finishes.

Rowan is seeded third for the 200-yard individual medley in CIF-SS Division 1 and seeded fourth for the 100-yard backstroke. CIF-SS Division 1 prelims are Thursday, May 10 with finals on Saturday, May 12. Both events are at the Riverside Aquatics Complex.

On the girls side, it was a freshman with the lone individual win.