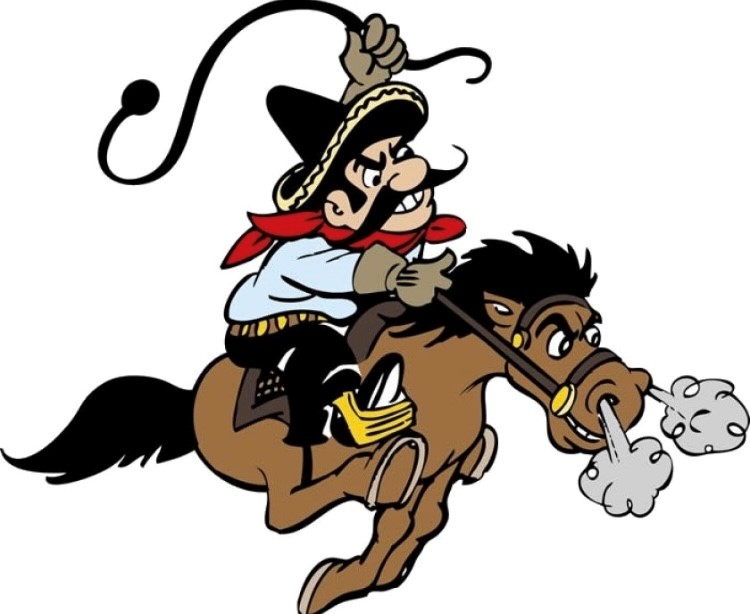 After more than a decade of calls for removal, Saddleback College has officially dropped the Gaucho as the school’s mascot, which many saw as a racist and misappropriated representation.

The Gaucho, which has been the Mission Viejo school’s mascot since its founding in 1968, is an Argentinian cowboy. However, many felt the logo of a cartoon cowboy—which featured a large black mustache, sombrero, large nose and crazed expression—was a racist Mexican caricature.

“We pride ourselves on being welcoming for all, for being inclusive,” Saddleback College President Elliot Stern said in a letter to the community, “and for helping you meet your educational goals by making sure you know how much we care about you in every interaction. Our mascot inflicted a sense of otherness on those we care about. We cannot look our brothers and sisters in the eyes, having heard their stories, and turn away, or cling to history or tradition.”

Saddleback is now accepting new ideas for the school’s mascot through March 2. Students, employees, alumni and community members are encouraged to submit ideas at saddleback.edu/mascot.

Students and faculty had been calling for modification or removal of the Gaucho mascot since at least 2010. In 2018, the school stopped using the Gaucho logo, and images of the logo were being removed from the campus through 2019.

In 2020, the college had been in the process of redesigning a new Gaucho logo, so as to keep the name, and online community discussions about the mascot were held in September. However, after faculty members formed a “Retire the Gaucho” group and more than 200 signatures were gathered for a petition for the mascot’s removal, Saddleback decided to remove the name altogether and start anew.

“Your fellow students and my Latinx colleagues who shed tears and told of their pain at our open forums over the last few months were not the first to do so,” Stern said in the letter.

“We heard of their embarrassment and humiliation, and how our mascot reminded them, each time it appeared, that they were seen at this college not as different but as other, not as part of a culture we appreciated, but a culture that was lesser, so much so that our predecessors depicted the proud horseman of the Pampas plains in South America as a mad Mexican cowboy.”

In a release on Feb. 2, Saddleback listed three main points for the Gaucho’s removal.

First, the Gaucho was a “cultural misappropriation that dishonored a symbol of South American culture.” Second, the depiction of the Gaucho as an “angry, racist caricature that relied on stereotypes and tropes” was in contrast to Saddleback’s status as a federally recognized Hispanic-Serving Institution of which 30% of employees and students are Latinx.

Third, the school said the Gaucho was a representative of “all-male culture” and did not provide equal representation of its female athletes and women, which make up 60% of Saddleback students.

On the Saddleback website, criteria for the new mascot include being unifying for the school and community, a positive image for enthusiasm and spirit, broadly relevant across the community, representative of the “Saddleback experience, history or geography, either generally or specifically,” represented in a visually pleasing way and work equally for women’s and men’s sports teams.